In one way, there isn't much to post about but depending on how you look at it, there is plenty to post about.  I've suspended my gaming campaign for a few months now and I've seldom have had a time to do some more painting.  My campaign was put on hold since the beginning of April and things have been steadily busy since.  I went to GenCon and the Montreal ComicCon and both of those events where a bit less than a month apart!  Thankfully, I have still been gaming the past few months and I'm currently playing in a D&D 5th Edition game which has been keeping that gaming itch at bay along with the occasional X-Wing Miniatures game.


October however was to be a return to the head of my gaming table as I agreed to run a session for a few friends.  One was a good friend in a much older campaign I ran when I lived in Ottawa; he came in for the weekend to spend time with us and play in a new campaign.  Another was someone who I introduced to the game and plays a character in the previous campaign I ran.  I had never played with the other two players and one of them had never played in a pen and paper RPG before either.  Normally, this wouldn't have been an issue and things started off great.  I was in fine form and all players were engaged and excited.  Since we had a couple of new players, we took the time to create characters and I put them through a tough encounter for the benefit of learning some of the mechanics of the game and combat (playing Castles & Crusades).

While the game got off to a great start, disaster soon followed.

I won't go into the exact details of what happened save to say that substances such as alcohol were involved.  Don't get me wrong -- I enjoy a nice drink now and then, and will frequently enjoy one when I am running a game at my home.  I allow my regular players the same courtesy.  Unfortunately, this wasn't my regular group and a line, or rather a limit (in terms of consumption), was crossed.  When that happened, the game and my attempts to tell a tale fell flat.

Overall, we still had a good time but it wasn't what any of us had planned.  Fortunately, none of us were completely strangers so the evening wasn't exactly a waste.  I will chalk this one up to another 'lesson learned' and see if we can attempt again the game that was originally planned.

My weekend wasn't all 'gloom' though and perhaps there was another reason why there was so much celebrating this past weekend -- my official engagement to my significant other.  I proposed the evening prior to the game and she accepted.

This means that I will continue being busy for the next few months as things are shaping up for a July wedding -- right before GenCon.  Both of us are looking to go back this year and we look forward to it.

That said, I do need to get back to some overdue projects and my writing.  I still have a bunch of things to finish up before the year is through and with just a couple of months left, there is a LOT that needs to be done. 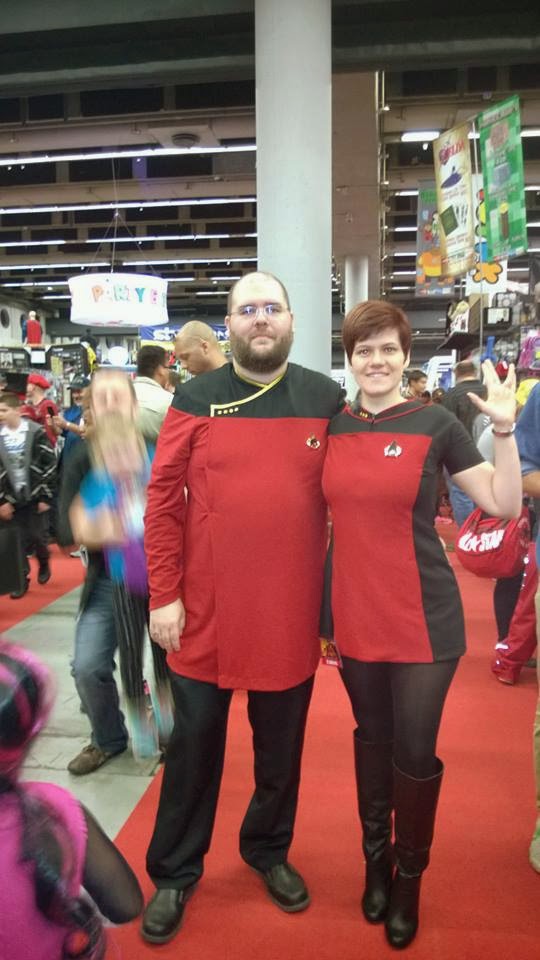