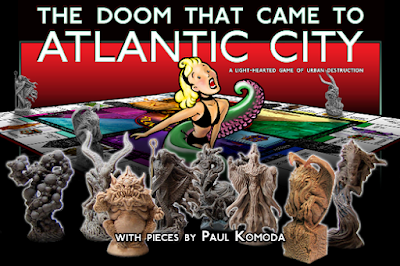 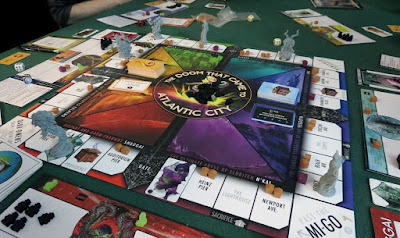 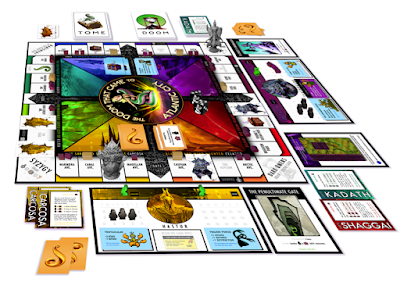 Kickstart This: The Hallowed Oracle (C&C)

To date, Troll Lord Games have done many successful Kickstarter campaigns.  Of course, being who they are, the products always come out even if they might be a bit late.  The various campaigns always do well and some do better than one might expect and others seem to fall short of what could have been.  Arguably, the biggest hurdle with the recent campaigns has been the nature of the material.

If we look at the last 10 campaigns, half of them have been reprints of sorts.  Going back a couple of years now, we have the latest and full colour reprints of the core set of books.  That is to say, the Players Handbook, the Monster & Treasure book, and the Castle Keepers Guide.  They are a fantastic set of books and, by far, their biggest Kickstarter.  It is also a campaign that took a while to completely fulfil.  While most of the rewards (the core books and subsequent swag) where delivered promptly enough, another massive stretch goal has just wrapped up which effectively completes the project.  With continued updates and news, fans were not worried and everybody seemed happy and other successful campaigns followed.

Amazing Adventures was a new line that went from a single softcover rulebook and got expanded into three books and TLG kept on doing a few MAJOR fundraising campaigns.  But recently, we have seen more reprints than not.  Always improved in some way which is nice but nothing really 'new' lately.  Classic Monsters, the Monsters & Treasure of Aihrde, and the Book of Familiars (both for 5th Edition and C&C) all got some attention.  But the last major Kickstarter of import was probably for the Mythos books done launched last summer (no physical products delivered yet but coming soon).

Clearly, something new is needed beyond some reprints and aside from the failed Brimstone & The Borderlands campaign, we have not seen anything new this year!

That is thankfully changing.  As TLG is wrapping up delivery on past Kickstarters, they have launched a new one and this one looks a bit different.

It's an adventure path set in the Abyss Walker universe.  The Abyss Walker is a series penned by Shane Moore -- which, for this project, means a new fantasy setting for us to explore!  The Hallowed Oracle is looking to be 200+ pages with a smaller Player Guide to go along with it.  New classes... variant rules... spells... and critters to be found as expected but what is nice about this project is that the base rules are included with the game.  In other words, if you don't have the C&C PHB, you can still play the game with just the Hallowed Oracle. 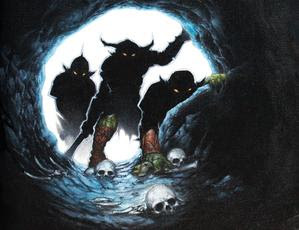 At this point, the project is already funded (it did so the first day) and it's now just a question of what stretch goals can be unlocked.  At this stage, it is already over $7,000 with almost 4 weeks left to go and the next goal is at $8,000 which means the main book is upgraded to hardcover.  Pledge levels are varied depending on what you are looking at.  You can pledge as low as $1 and then add-on stuff (if you want digital, this is your best option) but at $40, you get the physical books.  There is an interested pledge level at $150 which gets you the Hallowed Oracle, as well as a copy of the three core books!  Now these rulebooks alone would retail at $110 but there are a few other things at this pledge level which might be worth considering if you don't already have the C&C books.

Ultimately, the project looks promising and it's something new for this year which is already more than halfway done.  Now, I'm keeping things simple myself and sticking with a lower pledge tier but I'm a huge supporter of Troll Lord Games and Castles & Crusades!  I think it might be worth checking out.