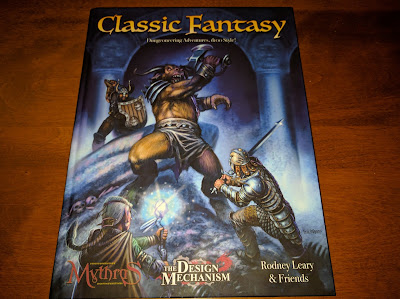 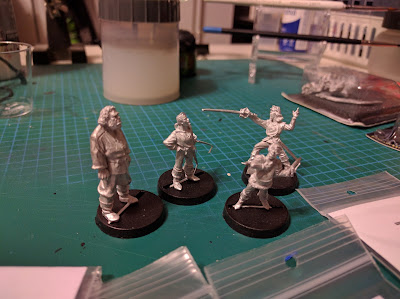 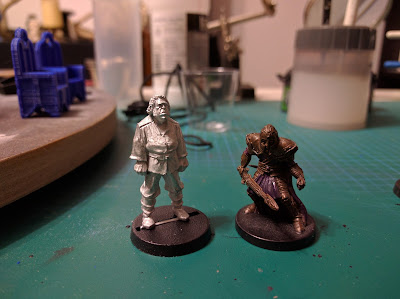 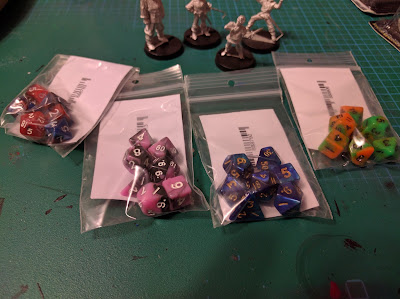 Mail Call and Signs of Life

What happened to September... the rest of August... and what do you mean we're almost halfway through October!?

Things have been busy around here.  I certainly lost track of time though.  I am doing a bit of work on some projects as well as continuing to 3D print and paint here and there.  At least when I can manage it.  More significantly, I have been subjected to more dental surgury in the form of a significant bonegraft.  Rest assured, I draw breath still.  ;)

But things are still coming in -- be it books or miniatures.  Today this came in the mail for me: 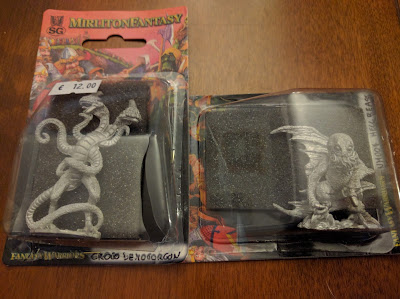 Inspired by 'Stranger Things', that Netflix series veryone was (and still are) talking about, I was happy to find the 'infamous' demogorgon. Mirliton Fantasy now owns some of the old Grenadier molds and happened to have this particular model in stock but between the diversion from the Euro, the shipping from Italy, and the minimum order amount, it wasn't cheap.  Still too cool to pass up though.  Since there was a minimum purchase amount, demogorgon was accompanied by a friend -- a rather small Cthulhu!

I am very pleased with these and, despite the expense, will likely to order a few more things in the future.  The only question now is how I am going to paint demogorgon.  I am a bit tempted to paint it in a style that is reminiscent of the series and keep it a but simple.  Guess we'll have to see.