Arcana Creations 2017: A Year In Review 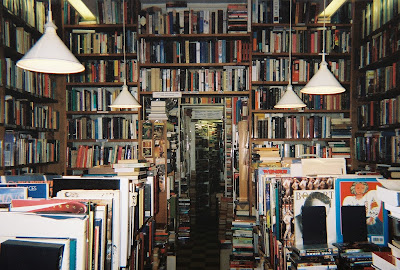 The year of 2017 was an interesting and busy time for Arcana Creations.  Did I meet all the personal objectives set for it?  No... we did fall short of a couple but nothing got dropped.  Things are just taking longer to come out.  So, where did we meet or surpass expectations and goals and where did we fall short.

In 2017, there were a couple of releases and a successful Kickstarter which helped us shift gears.  Earlier in the year, we released our first fiction novel under our non-gaming imprint, 'Arcana Elements'.  The title of the book is 'Mother of Mortals' and this was successfully Kickstarted to bring in the funds necessary to produce rewards for backers as well as a small print run to sell directly at shows and events.  The Kickstarter success was attributed by the simple fact that it had a modest goal and the first proofs of the book were already in our hand.  We also delivered EARLY on our commitments.

With new product and things finally moving for Arcana Creations, we also began to do smaller shows and conventions.  Sales of 'Mother of Mortals' at the shows were good and the books has gotten positive reviews.  Between the shows and other projects, we decided to keep the momentum going with a second novel, Jack London's 'The Star Rover'.  While not a new title, being in the public domain and not as well known as his other works, we felt it a good match for the stuff we wanted to produce. Like our first novel release, we went to Kickstarter to secure funding and, again, we launched in the proofing stage of the book. Unfortunately, the Kickstarter failed (more on that later) but despite this setback, we still brought in advance copies of the book to sell in December.

On the gaming front, we re-embraced our love of Castles & Crusades and committed to deliver 'The Shaman of the Mire'.  For the benefit of the shows and conventions we were doing, we brought in some stock from Troll Lord Games as well as some other gaming odds and ends and some inexpensive dice (because everyone needs more dice). Gaming sales have not been as strong at the shows we have done but these were not focused on gaming so much as other things.

Of course, the primary reason for all of this is to branch out and get a bit more exposure and possibly lay a more solid foundation to build from.  We have continued making some contacts and despite things still being a bit touch and go from project to project and show to show, it's making a positive difference.

But we also stumbled.  The focus on the Arcana Elements imprint and various shows (while working a full time job) meant some projects got pushed back and set aside and this blog was updated way less than I hoped to.

'Shaman of the Mire' was the first casualty of this followed by the (re)launch of our own gaming line.  A sizeable book which I originally hoped to be out in the last quarter of 2017 was instrumental in these delays and, in the end, it had to be pushed till 2018.  We are back on to finishing 'Shaman of the Mire' and other pressing gaming releases.  As for that second Kickstarter... why did it fail if the first one did well enough?  The biggest problem was timing.  I wanted to have a short campaign and I wanted to close the campaign by the end of November.  Being Canadian, I somehow forgot about Thanksgiving and Black Friday that happened within a week of a campaign that was little more than a couple weeks in length.  That hurt the campaign as much as recent changes to advertising and promoting things on social media (notably Facebook).  It ended up being something of a disaster which took away time from other pressing projects.

As for the blog... at the end of the day, I don't have the time or energy to be very active on the blog so I don't expect that 2018 will be terribly different on that front.  It will still be a place for news with updates for Arcana Creations but less musings, thoughts, and reviews.  Hopefully, when I caught up sufficiently with the backlog of work in my production queue, I can get back to it as well as some of my other hobbies like painting miniatures.