Well, after checking out various pictures from the new codex, January's issue of White Dwarf, and some of the material that came in Game Workshop's 'Dark Vengeance' set, I sat down and began painting my Dark Angel Space Marines for Warhammer 40k. A batch of them are currently waiting with base coats and some preliminary layering but I decided to focus on one model from start to finish to figure out exactly how I was going to go about it. 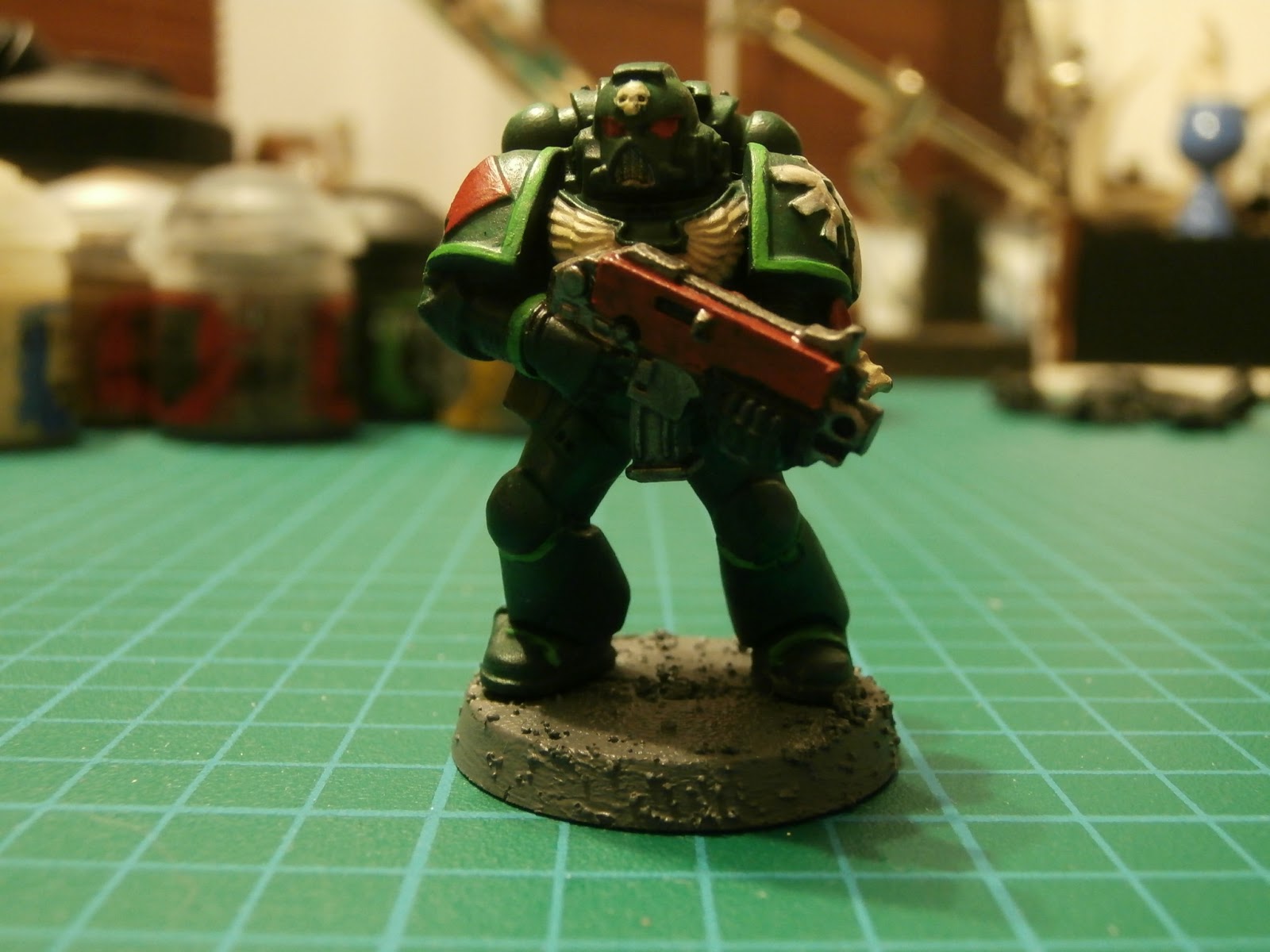 I guess you can say that the picture represents the prototype as far as how I'm going to proceed to paint the rest of them while perfecting my technique as I go along.  Once again, I am using paints from the Citadel line.

Primary base coat was in 'Caliban Green' which covers the majority of the model.  Some slight layering using 'Warpstone Glow' was done for the armor and 'Moot Green' is used to highlight certain lines and used to accent certain pieces of armor.  The band along the edge of the shoulder plates are prime example of something I decided to try to have the model stand out a bit compared to some of the other Dark Angel Space Marines I have seen. 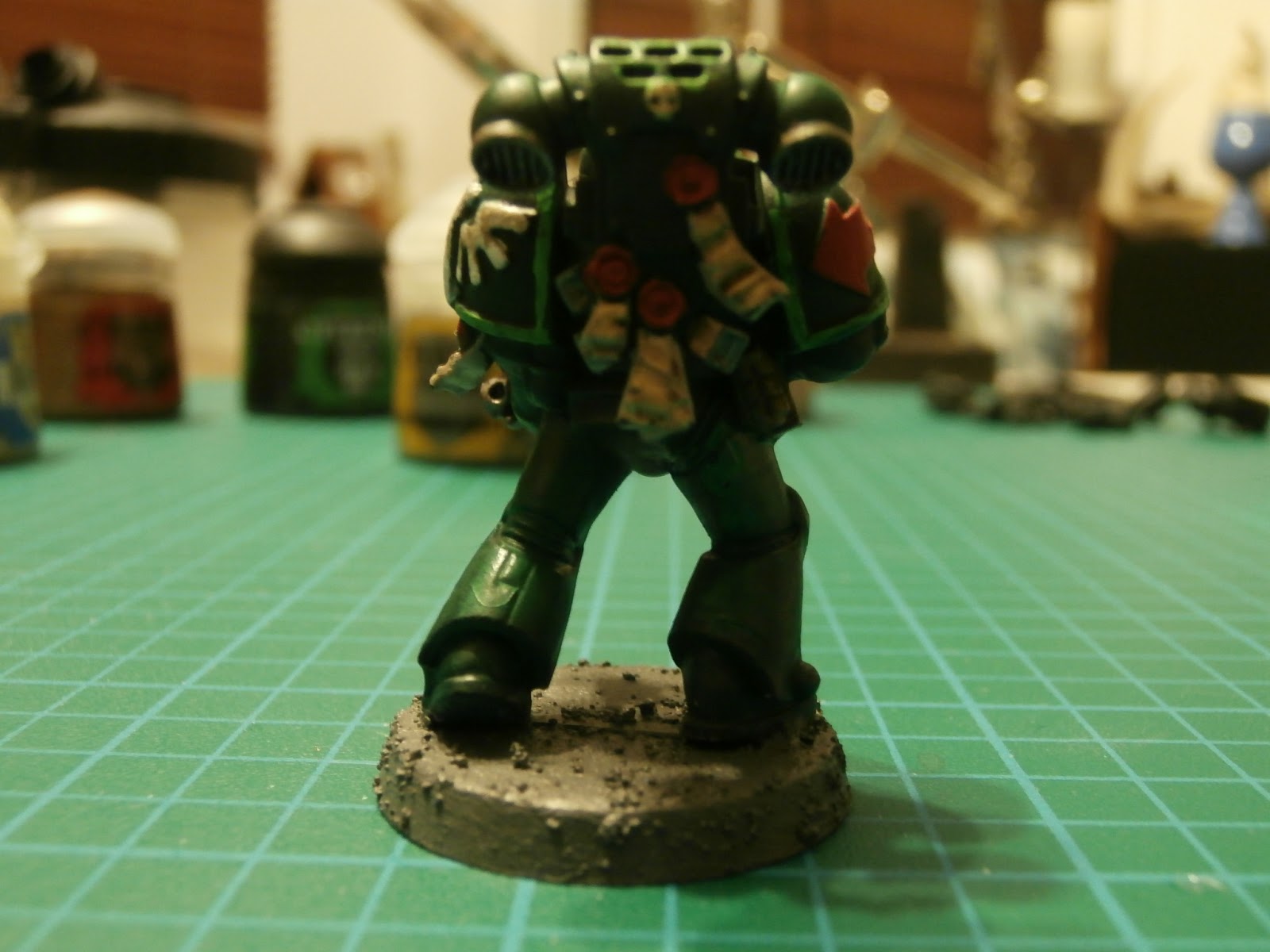 The chest crest was done using a base of 'Rakarth Flesh' and a layer of 'Ushabti Bone'.  I also used this combination to do the various scrolls that make up the purity seals (largely on the back pack of the model).  The 'Ushabti Bone' was also used for the skull on the helmet and the top of the pack.

Lastly a bit of 'Steel Legion Drab' was used for the ammo pack.

As far as shading (washes) were concerned, three were used: 'Biel Tan Green' for the armor, 'Nuln Oil' for the gun and vents, and 'Agrax Earthshade' was used on the ammo pack, the parchment, and a tiny amount to "dirty up" the white patch on the left arm.

I'm not a fan of doing complicated basing so I defaulted to 'Astrogranite' to give it a gritty and grey look.

Now, the rest of the squad awaits!