My Orcs - A Painting Guide 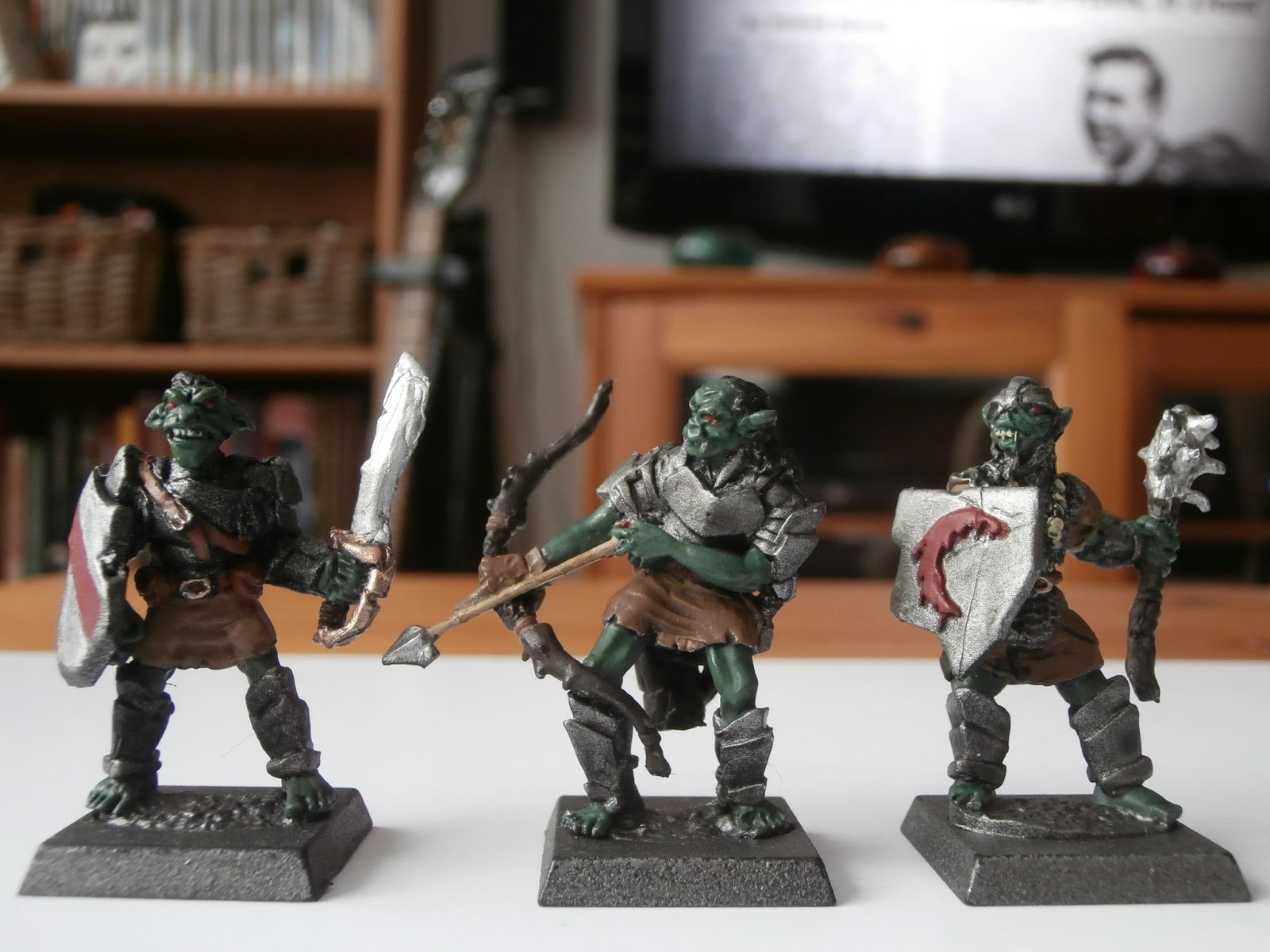 As promised, a few good pictures showcasing some of the orcs.  This is my first batch of orcs -- models which are not part of any recognizable line of miniatures.  A little background on these models though: they were from a game called Nin-Gonost.  This was an adventure boardgame, though 'boardgame' wouldn't be the best name for it -- it had plastic magnetic tiles that formed up floors and walls and used miniatures which permitted the game to be run by designed scenarios.  The classic game Hero Quest comes to mind but with far more production value.  Do to an unfortunate series of events, the company producing it called Adiken folded a number of years ago.  I got the game for a steal a couple of years back from a local game store clearing out some stock.  The miniatures were metal and the game even provided a starter selection of paints to paint the minis.  I still have a selection of heroes from the set that need to be painted so sooner or later I will get to those too.

For these models, I use the Citadel line of paints and, given the variety of models and details, I ended up using quite a few of them. I'll try to break it down as simple as I can make it though.  Once the models were cleaned up and primed, I started with a complete base coat of 'Leadbelcher' since these were heavily armored orcs.

Beyond that, my Bases mostly consisted of 'Waaagh! Flesh' for the skin, 'Steel Legion Drab' for the cloth, 'Rhinox Hide' for any models with bows and some of the the handles, 'Mournfang Brown' for any pouches and bags, 'Abaddon Black' for things like the hair, and 'Khorne Red' for the eyes and some of the shield work I painted.  'Zandir Dust' was used for the arrow shafts. 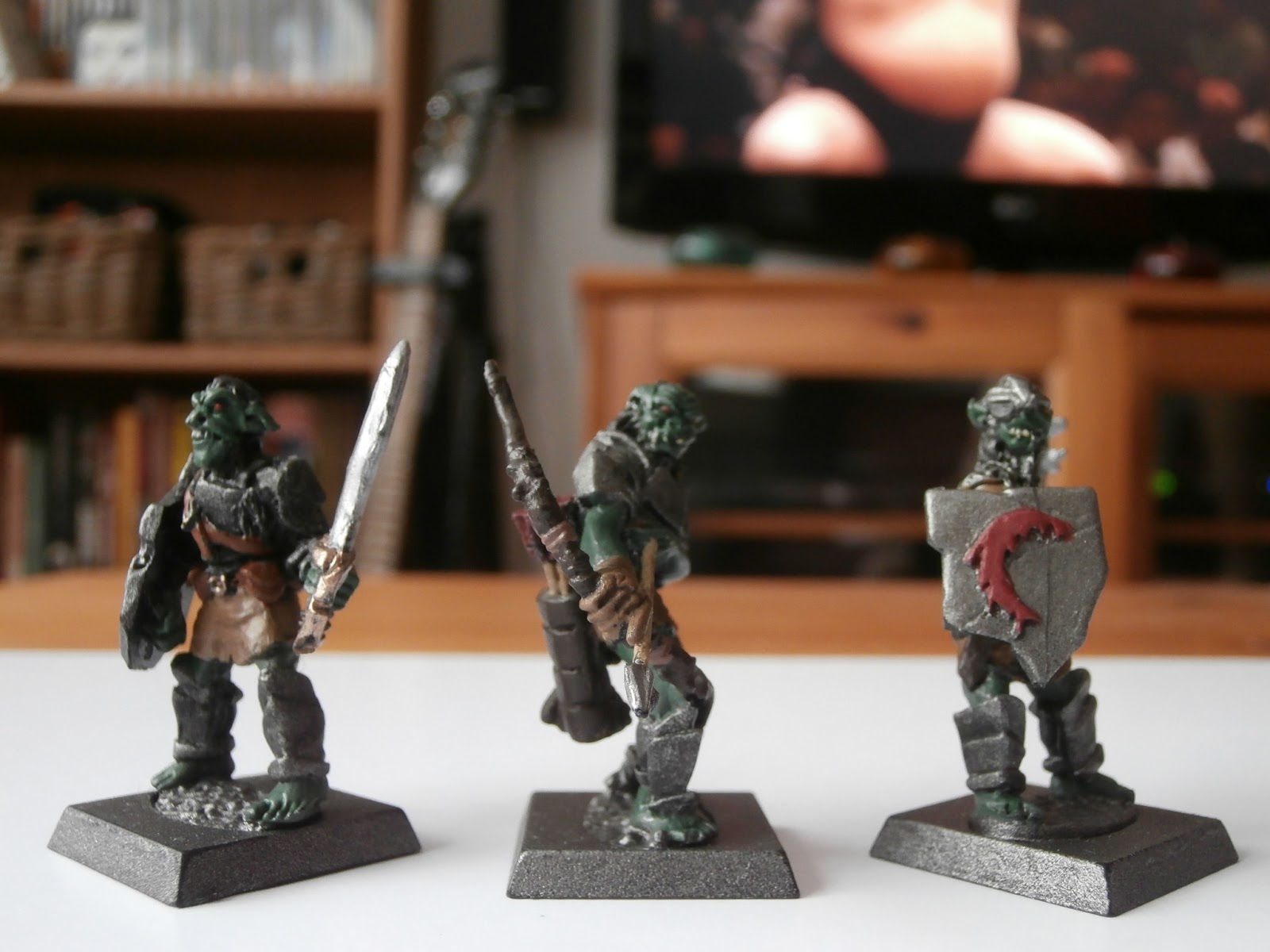 From the Layer family of paints, 'Ironbreaker' and 'Runefang Steel' were used for the metal weapons and shields, arrow heads, with a bit of 'Runelord Brass' in a couple of cases (hilt and buckles).  I used 'Ushabti Bone' for the teeth.  'Gorthor Brown' was also used as an alternate shade of brown.

The Washes were simple... 'Nuln Oil' for the armor, 'Biel-Tan Green' for the skin, and 'Agrax Earthshade' for any of the cloth used.

Now, I am debating on the next project.  I've started getting my hands on a variety of Warhammer 40K models for a Dark Angel Army so I am certain to tackle some of those in the week ahead but I have also three diaoramas waiting for me as well as a jetfighter model to assemble and paint.

UPDATE: Dark Angels won out ... as of right now, initial green base coat is done on some space marines.  ;)