Tools of the Miniature Painter - Pt.2

Ok... so you've decided to launch yourself into doing more than just buying miniatures but assembling and painting them too!  In Part I of this series, we covered a lot of the basic stuff you will need when you're starting out.  Let's run through that list quickly:

Nail Brush, Precision Knife, Cutters, Small Files, Cutting Mat, Superglue, Primer for the undercoat, Paints and decent Paint Brushes, some sort of Varnish, and something to clean your brushes.

But what if you want to do more?  What if you are a bit ambitious or have a lot more than just a handful of models for your game?  When I got into painting my first miniatures, I found I really enjoyed it.  I wanted to do more but I also wanted to try different things, improve what I was already doing, and in some cases, just be more efficient.

Depending on what interests you, there is a variety of directions one could take.

When it comes to painting, I knew for a fact that I had a lot of miniatures coming in and it became quickly apparent that I had many years of painting ahead of me if I could only paint a single miniature at a time.  Of course, you still will end up doing this but that doesn't mean you can't get a leg up if you a painting multiple miniatures of the same type.  Using a primer from a spraycan is quick and easy and you're able to do multiple miniatures at the same time.  Being able to have a spray gun to paint the basecoat for a group of miniatures is a massive time saver.  Some people will go as far to use a single action airbrush for this purpose but Badger (who makes airbrushes) also have a spray gun between $ 30 and $ 40 which will tend to be less expensive than a decent to good quality airbrush.  Even Gamesworkshop has one and, despite of some of the negative reviews associated with it, I have to say that it works well.  The problems people seem to have with these spray guns is usually due to a lack of understanding how to properly use them.  People who move from just brushes to paint their basecoat to a spray gun usually will do so through the use of a compressed can of air.  When these cans are used, they are able to put out enough pressure to adequately use a spray gun.  However, these cans will also become 'colder' while using them and when this happens, the volume of air pushed out of the can is dropped and there is effectively a loss of pressure until the can warms up again.  If you don't have enough pressure, you will get crap results from your gun.  A can will initially deliver around 30 psi before it begins to drop and to get decent results you want to remain close to this number.  A solution to this 'frozen can' issue is to use multiple cans and swap between them. 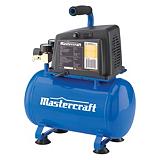 To get the most use from your gun, you may want to consider an air compressor though.  The problem with the cans is your are restrained by how much the can holds and, once the can is empty, you're stuck with an empty can that should be properly disposed of.  The cost of these cans for the use you'll get out of them will get pricey if you intend to get a lot of use from your gun.  Besides, if you also decide to try your hand at airbrushing, you'll need to consider an air compressor anyway.  A compressor does represent a significant investment though but if you shop around, you may be able to find something closer to your price range.  Canadian Tire ... a retail chain up here carries a brand called Mastercraft which is their house brand of tools.  The quality of these tools is quite good (hand tools carry a lifetime warranty and power tools typically a 3-5 year warranty) and, being a house brand, various tools will occasionally see great prices during a sale.  I have seen the two-gallon air compressor go on sale for as low as $50 (regular price is $100).  Naturally there are bigger models but for the purposes of airbrushing, you really won't need much given that your wont be going for much more than a 30 - 40 psi range for your work.  If you are thinking of using your compressor for other things such as various air power tools, you'll certainly need something with a bigger tank.  In short, do your research.  It is also worth noting that you also may have to put some thought into something referred to as a moisture trap.  Regular use of a running compressor may also result in a bit of humidity accumulating in the tank or lines.  The last thing you want to have happened is to do some detail work with an airbrush, only to have a splatter of water potentially ruin your work.

The airbrush itself is an entirely different matter. 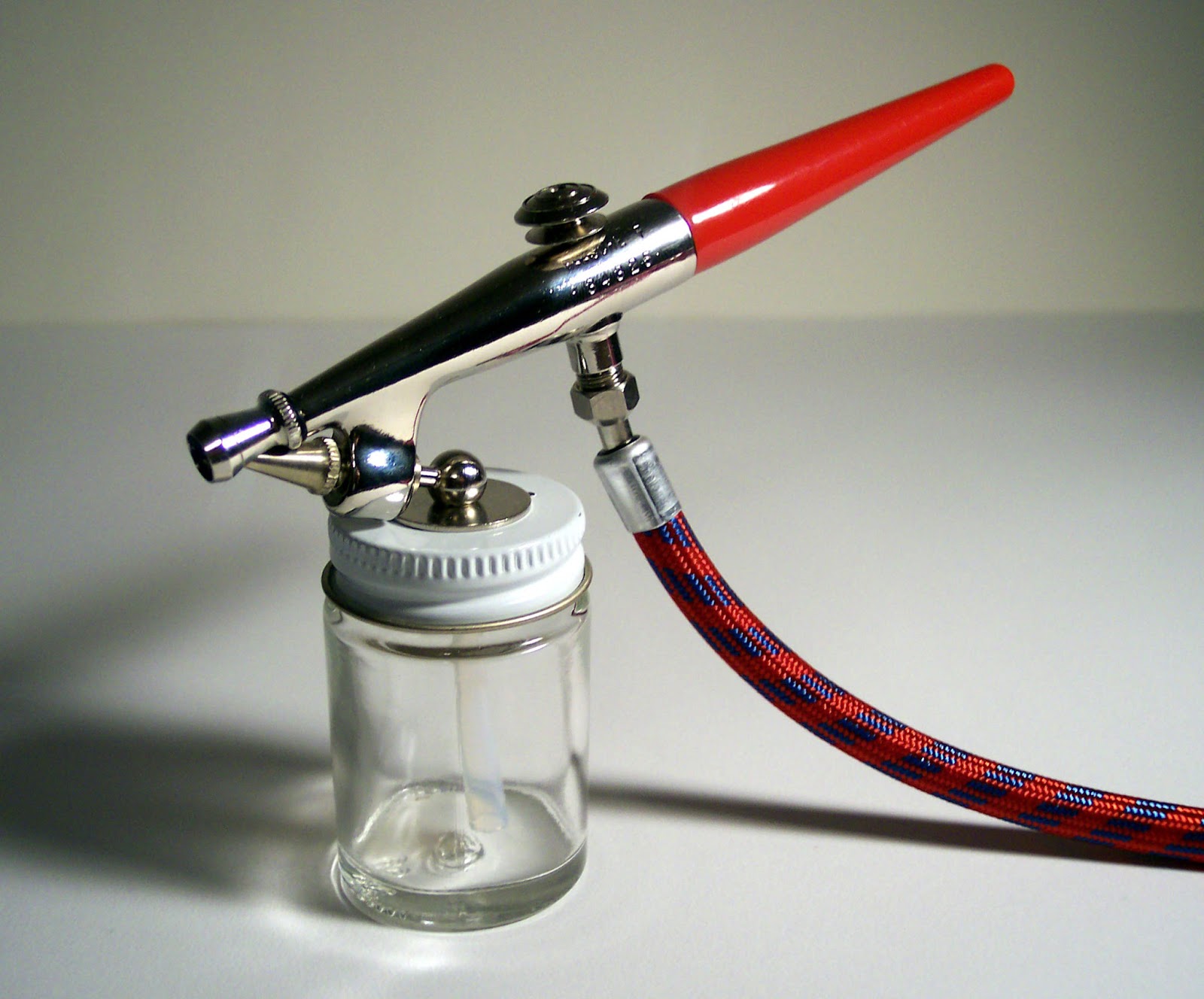 There are inexpensive airbrushes as well as cheap ones ... if trying to save some money, get an inexpensive one from a recognizable brand like Badger or Paasche.  This will undoubtedly be a 'single action' air brush.  Currently I own and use a slightly older Paasche model which is a single action model that allows for a syphon feed via a cup or bottle.  It allows for airflow control only.  If getting serious about airbrushing, then a good double action airbrush will prove to be invaluable to you.  A good double action air brush is not cheap though and can easily run you a couple hundred dollars if not more.  A double action airbrush allows for control of air flow as well as paintflow.  Another consideration as the preference of syphon feed versus gravity feed.  A gravity feed allows for smaller amounts of paints to be used compared to a syphon feed that needs larger amounts of paint to function properly.  Like a compressor, it is important to do your research before you buy and there is nothing wrong with beginning with a 'starter brush'.

Beyond spray guns, air brushes, and compressors, some people want to further differentiate and modify their models.  For this sort of work, it is safe to say that it will take more time and effort as well as patience and talent to pull off.  The good news is that is relatively inexpensive to do. 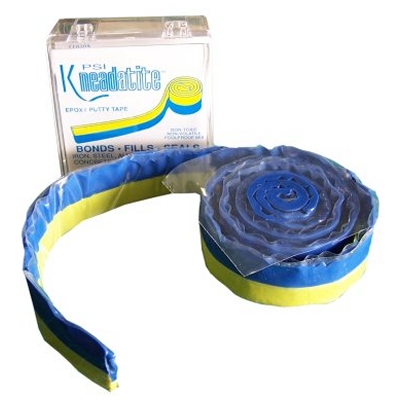 First and foremost, something called 'green stuff' is what is often used for this sort of work.  Green Stuff is compossed of yellow modelling putty and blue modelling putty which, when mashed and combined together becomes green, can be shaped and sculpted to meet your needs which eventually dries and hardens.  It can then be sanded a bit and painted.  Green Stuff can be used to fix, modify, or simply create.  Citadel has also made available a sort of liquid green stuff which can be used to seal small cracks and sanded in order to creat a smooth and continuous surface.  Of course you will need a dedicated brush (and one you don't care for) to apply this stuff.  As for the original green stuff, you will need a few tools to help sculpt and shape it.  These tools are inexpensive -- Army Painters has a set of three (six different tips) for $10.

Another useful aid in modeling is 'Plasticard'.  Plasticard is essentially very thin plastic sheets.  It can be shaped with hot water and easily cut to fit ones needs.  It is inexpensive and often used for terrain and buildings.  Between this, green stuff, and a variety of odds and, you can pretty much construct and modify anything.

With larger pieces, whether they are pieces of your own creation or just pieces that need to be assembled, something additional to the glue may be needed to keep the pieces together -- pins.  In order to install these pins, a pin vise is used to drill these very tiny holes.  Naturally a vise of sorts (one that can be secured to a table), will be needed to firmly hold whatever you are trying to drill.  A bit of green stuff, a pin, and some glue will be all you need to secure larger and heavier pieces.  Beyond that, a pin vise can also be used to make holes for tiny magnets if you want to have a model capable of swapping out pieces ... like the armament on a vehicle or even the arms and guns of an individual soldier.  Prices for a pin vise can vary but generally begin at $10 for something basic.  More expensive models with more bits are available and these aren't exclusive to hobby shops to shop around. 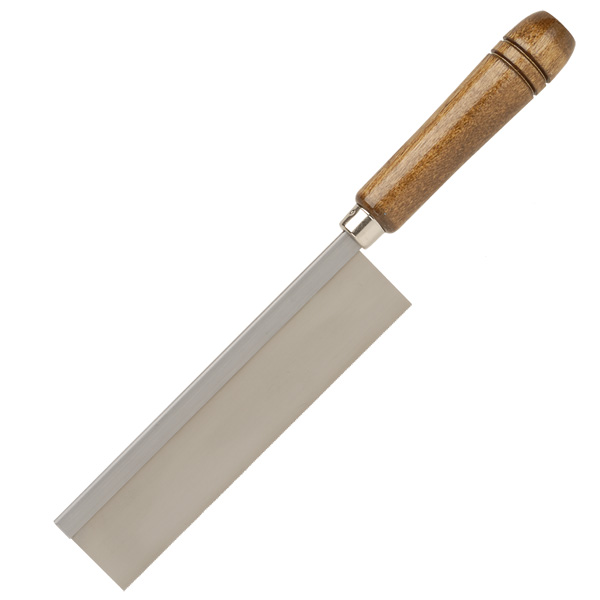 With assembling and modifying miniatures, you may even want to remove something from a model and, for larger pieces, something like a hobby knife or cutters may just not be up to the task.  A razor saw is quite handy but prices also vary for something like this -- the pricing of citadel's version is excessive compared to what you can find by going to a good hardware store.  I have seen good quality ones go for as little as $7 which is a steal if looking to buy Citadel's which Game Workshop has the nerve to charge $35 for in Canada.  Actually, the their Razor Saw is probably the single, biggest example of price gouging I have ever seen.  Consider that the US dollar which has generally been at par with the Canadian dollar for the better part of a couple of years now is $12 cheaper ($23 in the US as opposed to $35 in Canada).  A razor saw of this type isn't worth much more than $10!! 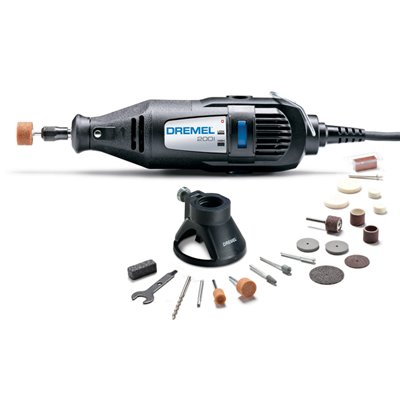 Between cutting, drilling... and possible a bit of grinding and sanding, if you plan to do a few models which may involve this kind of repeated needs, there is one other option to consider.  I don't have one yet but it's my next purchase but one of my friends uses one regularly for his model modifications.  It's a dremel.  A dremel is really a brand for a quality rotary tool and there are a variety of models to consider.  At the simplest level, you can get a corded one in a kit with all the accessories you need starting at around $50.  Larger kits with more powerful and versatile models will cost more so consider what else you may want to use it for and consider if you prefer a cordless solution.  All dremel tools have a 2 year warranty.  If you aren't ready for that kind of investment but want to buy an cheaper rotary tool, they do exist but your mileage with them and their accessories may vary.

Now with these additional consideration, are there more stuff you may want?  Of course there is.  The thing is that the need of these are really variable and some modellers are just as happy to do without them.  I'm also fairly certain I'm forgetting a few things at the moment but I'm sure that they will come to me right after I post this.  For the most part, a lot of what someone may use beyond what I've been writing about really just complement these.  The only other item with mentioning is a magnifying glass of some sort -- preferable one with a stand.  Some miniatures just have small details and being able to look through a magnifying glass to get a better grasp on those details in order to do a better job painting them with save considerable eye-strain.