A few weeks ago, I embarked on a 'secret' painting project as it was a gift for my father who happens to be the proud owner of a Harley Davidson motorcycle.  Most Harley owners are proud of their bikes and, the company has a thing for eagles and often associate the bird with their shield logo.  My dad already has a bike but I figured a nice painted eagle model along with the Harley Davidson shield might make for an interesting gift for his office.

The Great Eagles kit put out by Games Workshop for the Hobbit line of miniatures seemed to be the perfect model and the fact that two come in the box was a nice plus.  Who knows, I may do something similar with the 'spare'.

Assembling the model was easy enough to do but, as I have noticed with some Games Workshop plastic kits, they don't always fit perfectly.  A bit of green stuff was used to correct some of the issues as well as smooth out some of the services and mask the seems.

When everything was dried and fixed up, I primed in black (Chaos Black).  All paints were Citadel paints.


Painting the model was not too difficult... Most of the base coat was done in 'Rhinox Brown' with head and tail done in 'Ceramite White'.  I used 'Averland Sunset' for the beak and 'Jokaero Orange' for the legs. 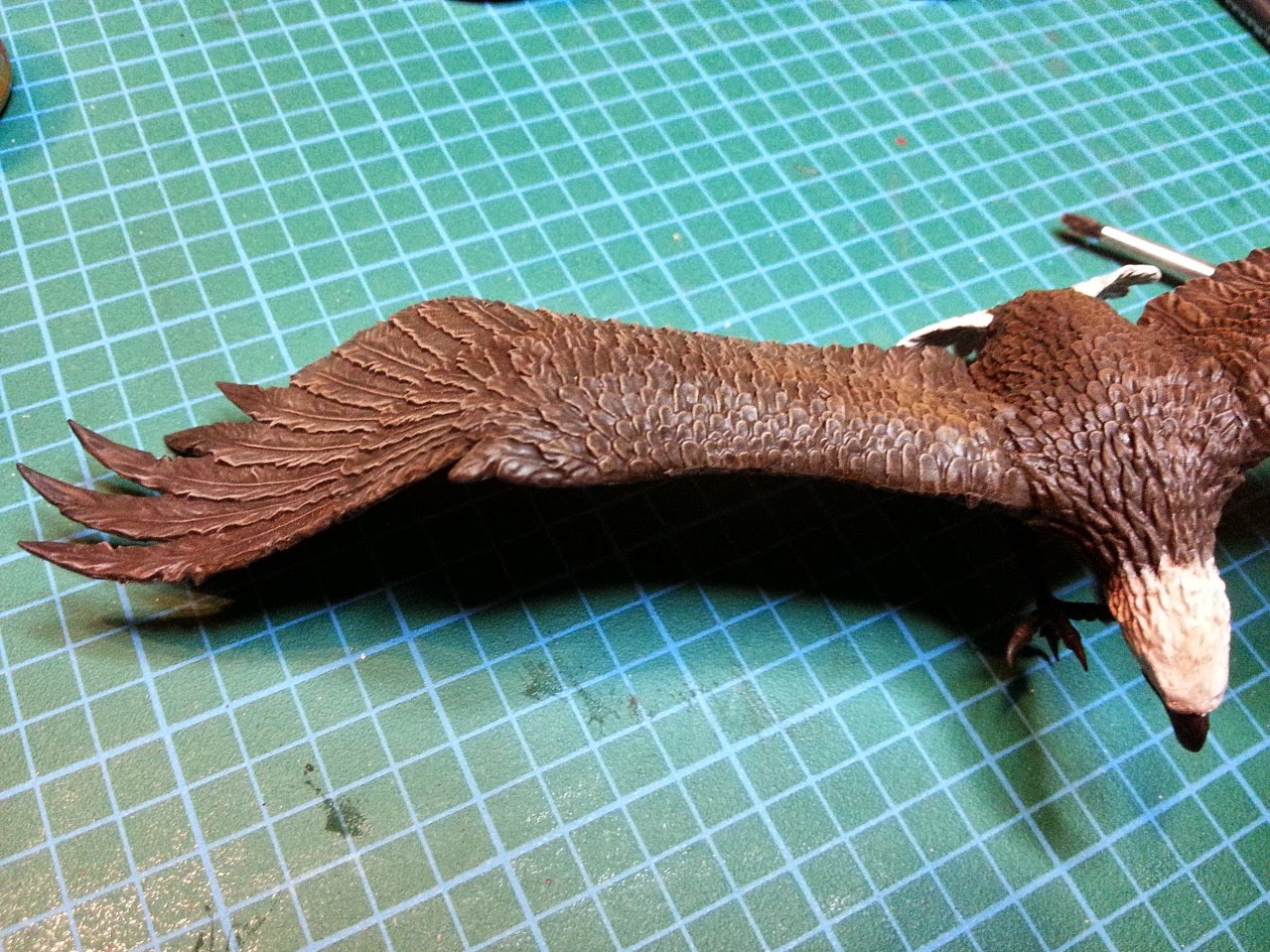 All the feathers got a wash of 'Agrax Earthshade' and I then drybrushed 'XV-88' followed by 'Baneblade Brown' on the brown feathers.  The white feathers for head and tail had a drybrush treatment of 'Screaming Skull' and a generous drybrushing of 'Praxeti White' and applying the lighter shade in targeted areas. 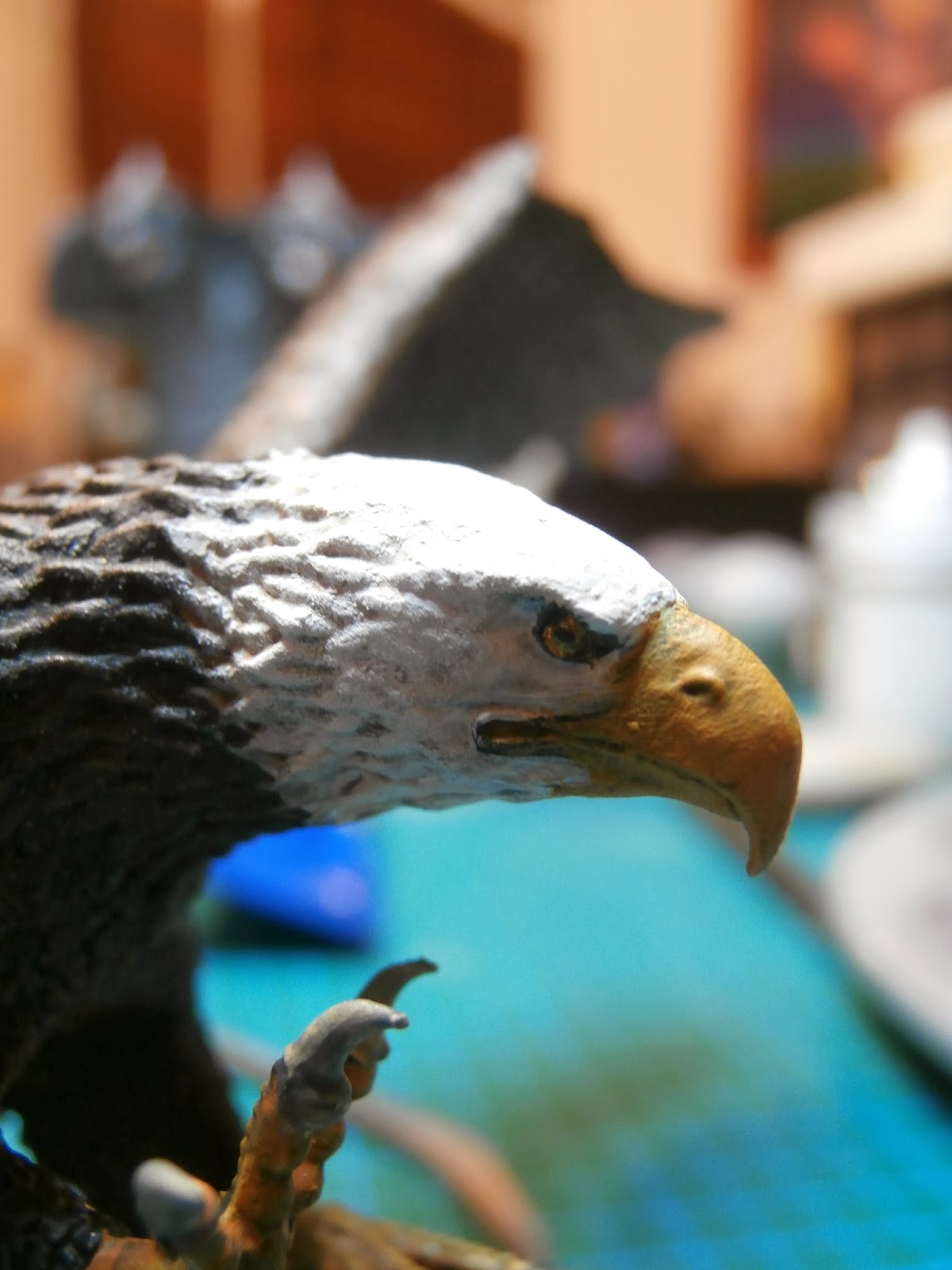 The claws were done in 'Ushabti Bone' and the eyes of the eagle were done in 'Auric Armour Gold' for the iris and 'Abaddon Black' for the pupil.  Some 'Nuln Oil' was used for the shading on the claws and beak and additional 'Averland Sunset' drybrushing was applied to the legs/feet of the eagle.

The base itself was simple in comparison.  I used the base included in the kit, and affixed 3 small and flat river stones to the base.  I then adapted a metal Harley Davidson keychain using a Dremel to cut off the hoop on the shield and than smoothed the surface.  This shield was affixed on one of the river stones.  To affix all of these, I used a combination of green stuff and some super glue.  Not apparent in any of the pictures was the additional painting I did on the bottom of the base (it was originally clear but I painted it a dark grey).  I then glued the base to a slightly larger octagonal mirror.

All in all, the gift was very well received and I loved how the bird turned out. 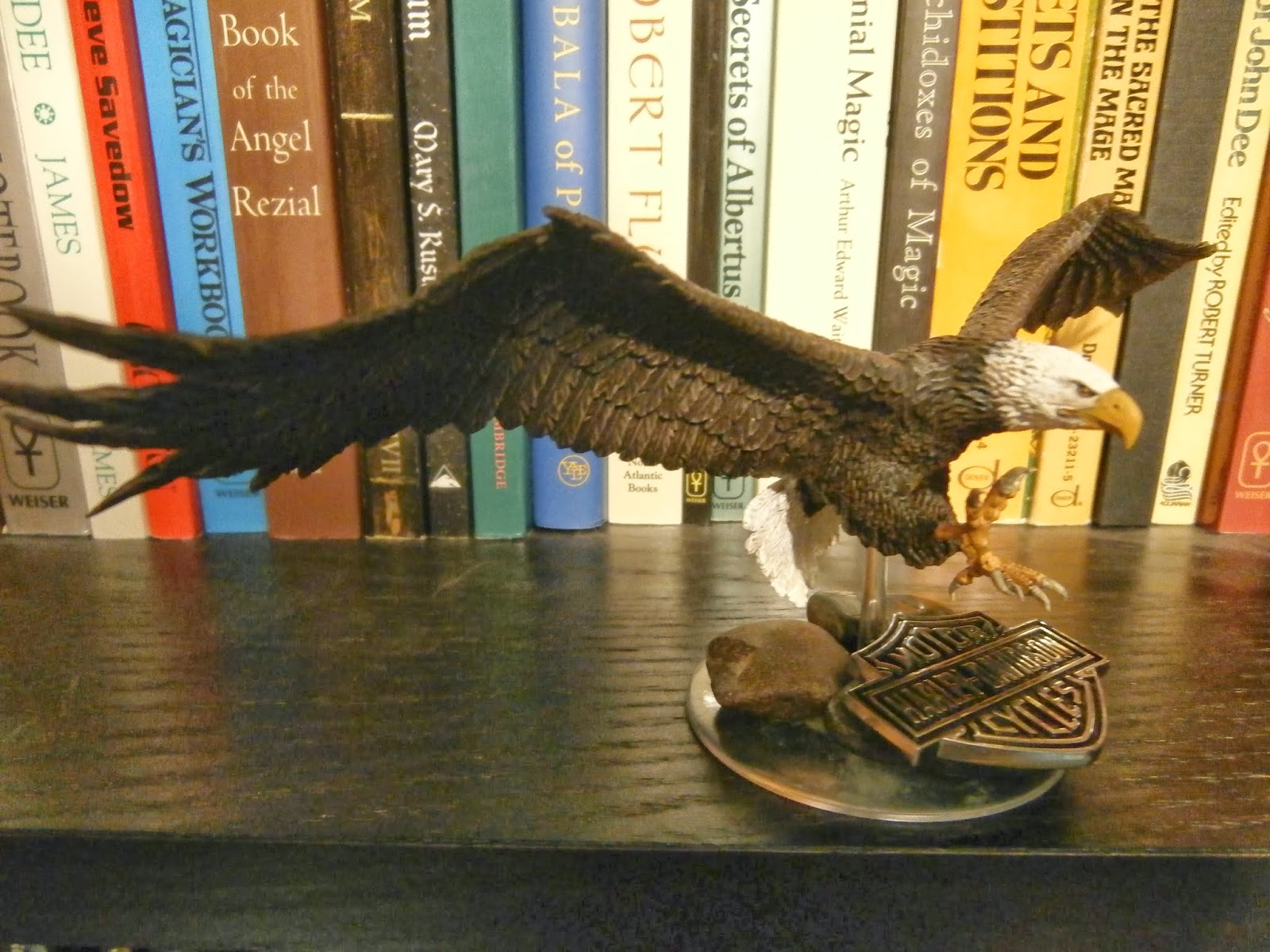