With the highly successful Bones II Kickstarter ending yesterday, it only made sense (in my mind) to paint up and post a guide along with it. Having participated in last year's Kickstarter that Reaper did, I have only scratched the surface of the Bones Miniatures I have to paint. 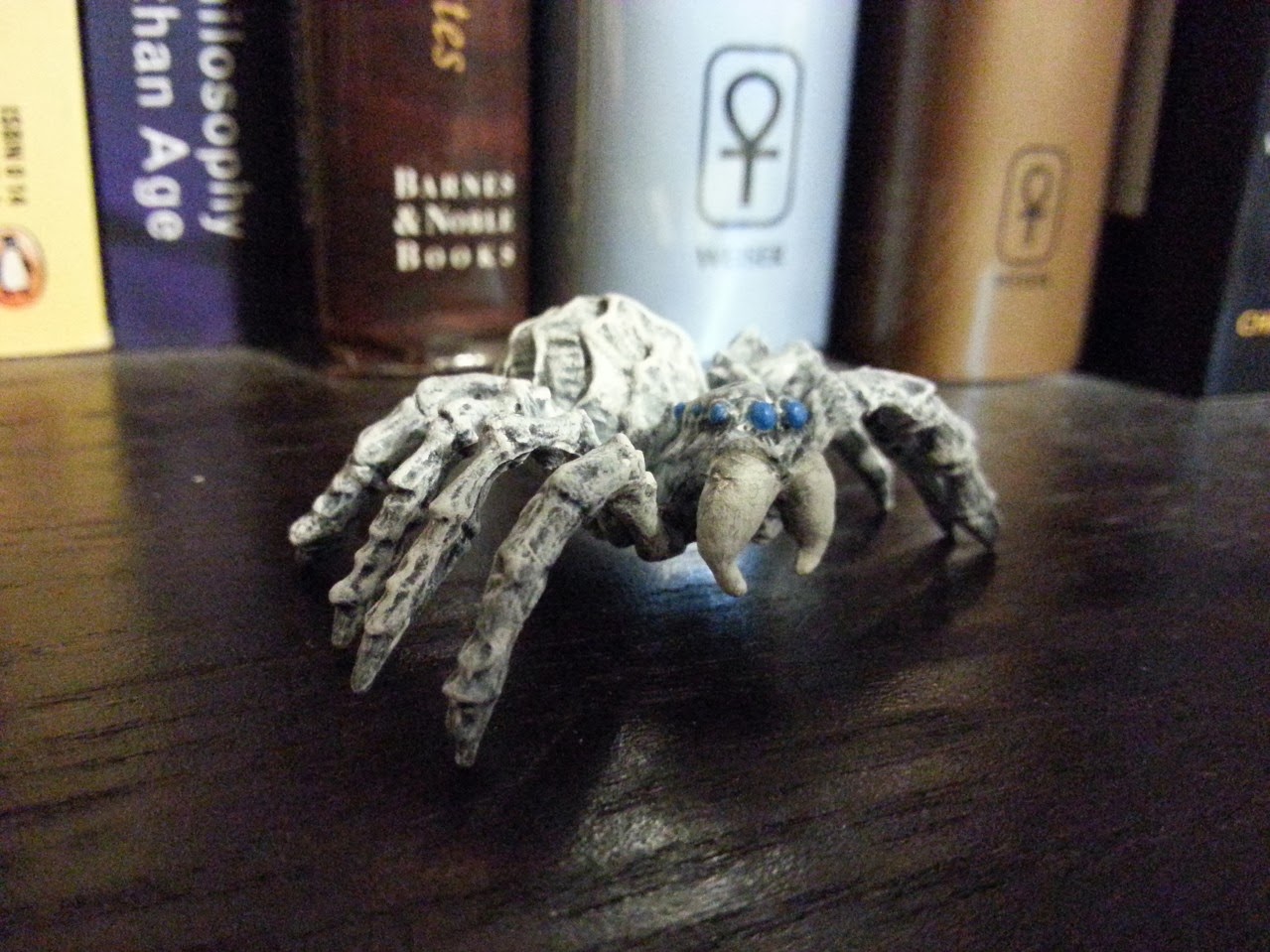 The spider model was a neat but relatively easy model to paint as well as quite a bit of fun to do.

Priming was done in Gesso, as is my preference when working with the flexible plastic material that the Bones are made of, before starting with a white basecoat. As usual, I have used the Citadel line of paints to do the miniature.

With the first coat of paint applied (Ceramite White), I coated the entire model with 'Drakenhof Nightshade' -- a dark blue wash. Once dry, I drybrushed the model with 'Etherium Blue' and followed that with 'Praxeti White'. Both are dry compounds though I went a bit heavier with the white.

I finished the model by using a layer of 'Teclis Blue' for the eyes (all eight of them) and 'White Scar' for the fangs. Between drying times and various coats, it only took between 2-3 hours to do.

The 'Snow Spider' was a critter that I did up the stats for to use in 'A Trick on the Tain' -- a low-level adventure module for Castles & Crusades:


Snow Spiders are typically found in tundra and arctic-like
climates. They survive by burrowing in the snow and
insulating their lairs with its own silken webbing which
helps keep warm. These appear to be a large and hairy
spider and is largely blueish-white in color. It is also a
highly aggressive and more intelligent when compared
to other spiders. As opposed to spinning webs to ensnare
its prey, it prefers to burrow and use the snow as
camouflage and lay in wait till its target draws close.
Snow spiders are greatly feared by the people who live
in this climate.


Combat: The bite of a snow spider delivers a powerful
venom which is easily capable of paralyzing a full-sized
humanoid. It will typically wait till until the prey draws
before it bursts out of the snow to deliver this bite. Any
other of these spiders in the immediate area will converge
as well for the promise of sustenance.


Poison: Anyone bitten by a snow spider must make a
successful save vs poison or suffer from 1d2 points of
dexterity loss for up to 1d6 hours and be required to
make another saving throw the following round. Those
who fail the second save become paralyzed for 1d8 hours.


Surprise: Snow Spiders hide by burrowing into the
snow. When one of these spiders bursts out of hiding,
surprise checks are made at CL5.

'A Trick on the Tain is available for purchase HERE.