I hope my readers and fellow gamers have had a great Halloween yesterday.  Halloween traces it's historic roots to a Celtic festival known as Samhain which started at sunset and lasted till sunset the following day.  With that in mind and in the spirit of Halloween, I thought I'd offer up one last treat... or rather a trick for Samhain.  Click HERE to go there directly.

Three years ago, Arcana Creations with Brave Halfling Publishing put out an interested adventure entitled, 'A Trick on the Tain' for Castles & Crusades.  It attracted some minor attention when released and garnered a couple of promising reviews, such as the one on Grognardia which is found HERE.  I figured it was time to bring this to be closer in line with Swords & Wizardry since the Vile Worm release for it continues to be popular. 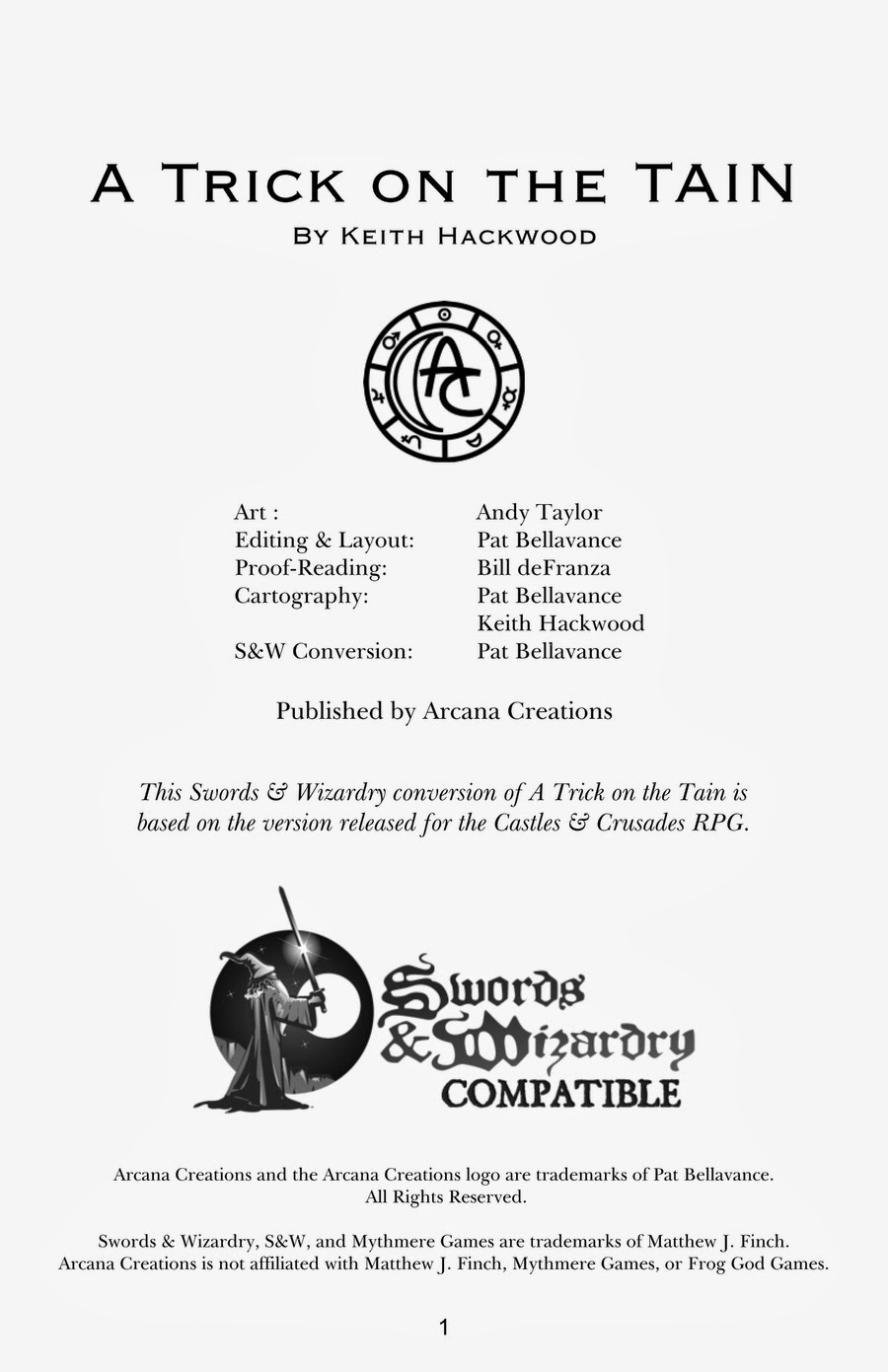 This version of the Trick on the Tain essentially cuts out the appendix which was largely irrelevant for Swords & Wizardry and sacrifices some of the artwork in order to keep the release small but it also has a lower price tag and all of the scenario text has been altered save the conversion itself.

For a limited time, it will be on sale at RPG Now! (and DrivethruRPG) for $2.50 instead of the regular $3.50 price.  You can find it HERE.  It will return to its original price on November 15th.