Swords & Wizardry: The Ruins of Ramat

The Ruins of Ramat is an adventure that has gone several incarnations and revisions since it was first published by Brave Halfling Publishing in early 2009. Two versions were initially published – one for Labyrinth Lord and another released for ‘Original Edition Adventures’ to denote compatibility to the original edition of the world’s most popular role-playing game.  Arcana Creations was subsequently recruited that same year to bring Ramat to Castles & Crusades with the additional goal to expand the adventure.  It’s been four years since that version has been released and this Swords & Wizardry conversion is based on that version of John Adam’s Ruins of Ramat.

The Original Edition Adventures version was the first version I came in contact with and was my first dealings as a customer of Brave Halfling Publishing.  Little did I know that, some weeks later, John would be calling for my assistance for some Castles & Crusades conversions which led to the creation of Arcana Creations.

It is now available at RPGNow over HERE at a special price of $1.50.  This price won't be sticking around forever though because come the month of December, the price will be bumped to the regular price of $2.50 for this little, introductory adventure. 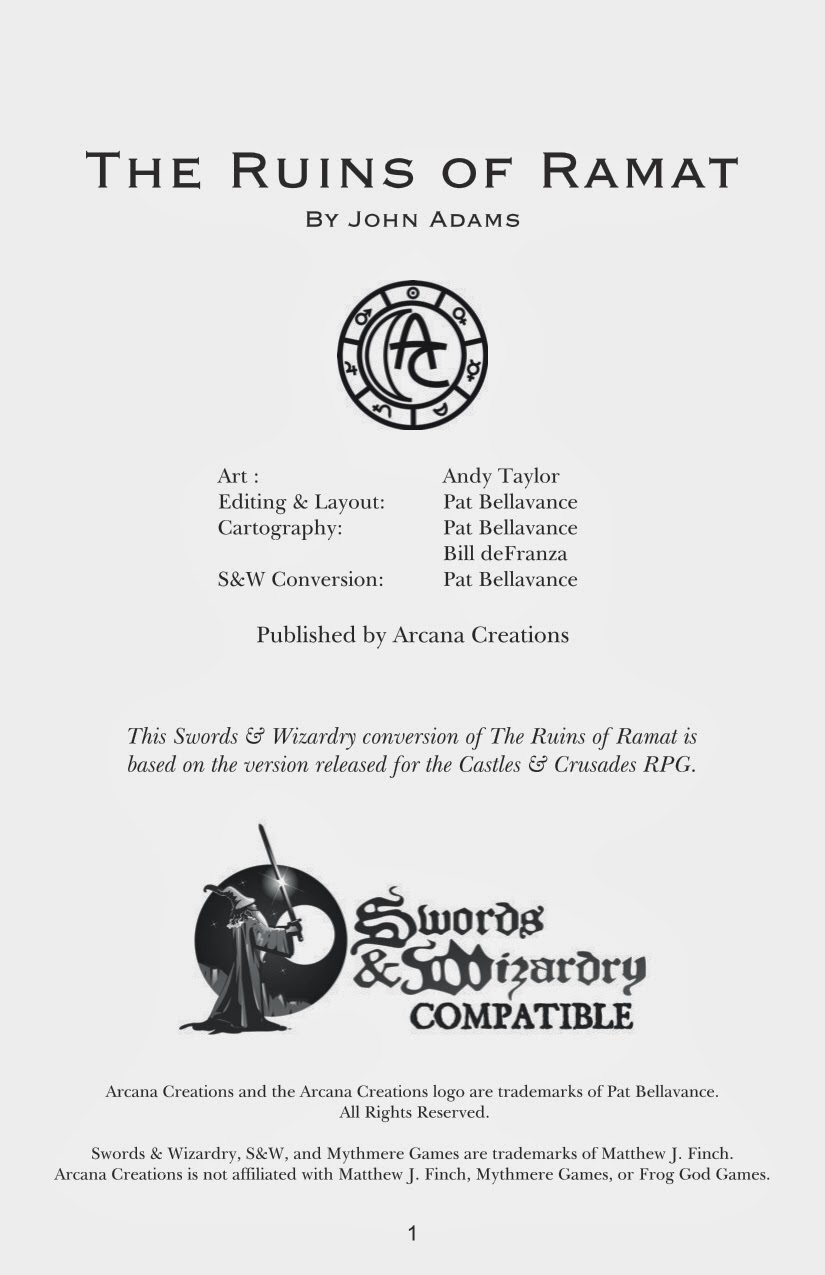