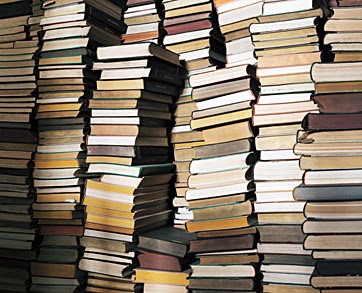 As my long-time readers know, I will sell off parts of my gaming collection from time to time.  In the past three years though, the rate at which I have been selling material has been growing. When I do so, there is usually some sort of secondary motivating factor.  A bit of extra money coming is always a good thing even if that extra money ends up going back into the hobby a different way.

Last year, for instance, it helped pay for my first ever trip to GenCon and, given the amount of gaming material I brought back with me, I think I did well.  Between the complete cost of the trip, be it for food, accommodation, events, swag, and games, I did not have a 'want' for anything else.  It was a stress-free trip and a blast.  This year I'm repeating the pilgrimage and I've got a wedding as well.

Truth be told, these things (and the years I sold stuff before them) were really not motivated by a need to bring in some money even though it always helps.  It's more to do with where I am right now (and likely future) in the hobby.  Now, this isn't the first time I've given this some thought but I had been thinking about it a bit more since I saw an interesting post though one of the RPG Auction groups I am part of on Facebook.

The person in question asked a general question to the group:


Just curious as I'm a buyer, not a seller, (as anyone on here can attest) -- How are y'all able to sell your stuff??? Not that I'm complaining, I like buying it. But, I have NEVER been able to part with my stuff, I'm talking 30+ years of stuff. I can't do it. How do you do it?

You see, I've been doing it on and off for the past few years and sometimes it's a book here or there and other times, it's a straight out trade.  Admittedly, it used to be a lot harder to do but, there comes a point and you take a step and sell something that you thought you'd never sell with the realization that you actually don't need it or use it.  This person's post generated a lot of responses and a large number echoed the sentiments expressed in the original posts.  Stuff these other people sold were often parts of lots they acquired and already had or just doubles in general.  Some sold because they didn't play X,Y, or Z anymore and others genuinely wanted the cash to quickly buy something else or pay some bills.  I reflected and wrote the following:

Priorities and practicality. Over the past couple of years I have sold off easily half of my collection. I realized that despite my love for a lot of the stuff, it was NEVER going to be used. I still have a lot and I'm still buying stuff but the idea is that what I will leave in my collection will see a lot more use than what I sold and didn't. There are always exceptions though plus the money can really be handy at times.

Not particularly deep and a bit off the cuff but I thought more one it.  I feel that there will come times when a person consciously makes a decision to 'streamline' their lives.  About a year ago, I sold my Comic Book collection -- I was just fed up of lugging the stuff around after a few moves with a few boxes of comics that were read once or twice when I first got them 25 years ago or so.  I found a buyer who bought the lot off me and I got more than I would have if I had just taken them to a store.  I probably didn't get a much as I would have had I pulled out a couple of 'key issues' that I might have had in the period that I collected.  Frankly, I didn't care.  But with a few hundred in my hand and one less thing I was holding on to that didn't serve any purpose for me in 2015.

It's the same thing with my gaming collection.  With the amount of clones and the actual editions and printings of D&D and D&D-type games, how many do I really need?  Despite what I have, I play Castles & Crusades and have been for almost a decade now and yet I still have so many variations of the various D&D games that have been released over the years and a couple of OSR clones.

Many items which I considered as must keep items did get sold this year as I took a bold step forward to streamline my gaming collection.  Many modules were sold and a lot of those were iconic ones.  I've sold almost all of my C&C ones because I own everything on PDF.  During the d20 boom which followed the release of 3rd Edition, there were some great third party d20 sourcebooks and supplements and some which I tracked down and acquired a number of years ago.  They too were sold - usually as sets and lots because it made better sense to do so.  Two or three shelves were cleared in the past couple of months and, while my selling for this year is winding down.  There are bound to be a few more last minute sales in the next week or two before I break off to do other things for the summer.

I still don't need anywhere near what I currently still own and, stuff is coming in all the time. I love this stuff and I love to play.  But if I don't use it and won't use it, why hang on to so much for years without even opening the book.

Regrets?  Sure, I can understand that.  Some people sell something and regret doing so.  I read about people who got rid of parts of their collection and regret doing so all the time.  About twenty years ago, I owned most of the Spelljammer line and I sold it.  While I was happy to do so, I did come to regret it a number of years later.  However, instead of trying to re-acquire the whole collection, I stuck with three items -- the original campaign boxed set, the Spacefarer's Handbook, and Lost Ships.  I was fortunate that these didn't cost me an arm and a leg when I reacquired them compared to some of the prices I see now.

Obviously my situation is exactly that -- mine.  I'm certainly not saying that everyone should start selling off pieces of their collection.  I'm just saying that I have found a bit of peace and have come to a point where I don't see the need to hold on to all the stuff I had been keeping the past few years.

My priority is to play and enjoy what I do have and it's just more practical to keep on hand what you truly will use.  Besides, cash is always good.