Busy times all around.  It has been just over a weeks since my last post and it's just over a week till Gen Con 2015.  For fans of miniatures, there is exactly a week left to the end of Reaper Miniatures' Kickstarter Camapaign for Bones III which just happens to fall on the day of my wedding.

Ugh.  Between Gen Con, a wedding, and this Kickstarter any discretionary funds I had will quickly disappear and being in Canada, that Kickstarter will be financially painful judging by the current rates of our dollar compared to the US.  Add to that shipping and the eventual customs.  Bones III is nowhere near the deal it appears to be.  It doesn't get much better for ROW either.

However, if you are a fan of Reaper and enjoyed their previous Bones Kickstarters, it is likely that you don't want to miss out on this one.  That doesn't mean you have to sell a kidney or trade your first born to get in on this -- even if you are in Canada or in the rest of the world.  It's about choices and some might be harder choices to make than others.

With Bones II, I had to be a bit more restrained than I was with Bones I.  With Bones I, I got a couple of Vampire pledges and one of every single add-on.  It added up quickly but the value of Bones I was greater than that of Bones II.  I wrote about this in a previous post (can be read in full HERE) but the most relevant points I made were:


As it stands, this one is looking promising and will likely yield comparable amounts of miniatures to Bones II by the time this is done.  Frankly, the best bang for your buck, regardless of destination resulting in elevated shipping charges are the core set and expansion.  Beyond that, grab a couple of the MUST HAVE items like the big show-stoppers.  Bones II had Khanjira and Dragons Don't Share and both of these were half of what they are priced at retail.

This is what I did with Bones II and it helped though my final tally if you included shipping, the exchange rate, and customs was higher than I would have liked.  You see, Bones I gave free shipping to Canada which is actually their policy with their regular online store for orders of $35 or above.  Other ROW destinations had a much more reasonable shipping options but customs still happen and this wasn't necessarily cheap.  It is interesting to note that the Reaper Online Store also has free shipping beyond a certain amount but that's closer to $100 (60 pounds for the UK, 70 euros for the rest of europe, etc).  The point is they give free shipping if you shop at their store, and it isn't hard to have a shopping cart that will meet this requirement.  But you will be paying retail prices.

Why do I bring this up?  Well, some of those models (add-ons) that you want could really screw with the shipping totals now given that, since Bones II, they attempt to charge 'actual shipping costs'.  The shipping costs from the US to international destinations are frankly crazy -- especially if you live just north of the border.  One of those $10 add-ons will translate into a $20 model in their online store once they have the models in stock and available for purchase.  At the same time, those add-ons could mean a large bump in terms of what your shipping cost could be.  If you factor customs, the shipping charges, that add-on or two won't necessarily translate into as much of a deal. 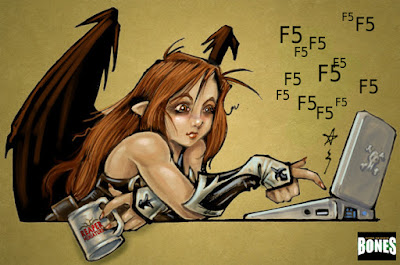 Since Bones II miniatures have started showing up in stores, I've been buying a couple of the models I chose to pass on during the Kickstarter.  I wanted them then but I knew that, even at twice to Kickstarter price, I could still save money in the long run due to racking up enough in my shopping cart to get free shipping.  In my case, due to the nature of the items and the low value of the package (I tend to order just enough to qualify for free shipping and that number is low for Canada compared to ROW), these don't always get stopped at customs.  Granted, I've been lucky in that regard but I've learned that a lot of this is also dependent on the postal carrier used.

But that is Canada.  The rest of the world has a much higher threshold as far as attaining free shipping from their online store but I suspect that the additional shipping from a lot of add-ons might make it worthwhile to wait on some of those $10-$15 items in order to benefit from free shipping on some of these after the fact.  There will always be customs to worry about and the customs would be calculated on the retail prices but it might be worth playing with the numbers.  At worse, you won't really be any worse off by buying them at a later point in time.  It might also help justify participating in this Kickstarter at a scaled back level.

The Kickstarter can be found HERE and ends in a week.