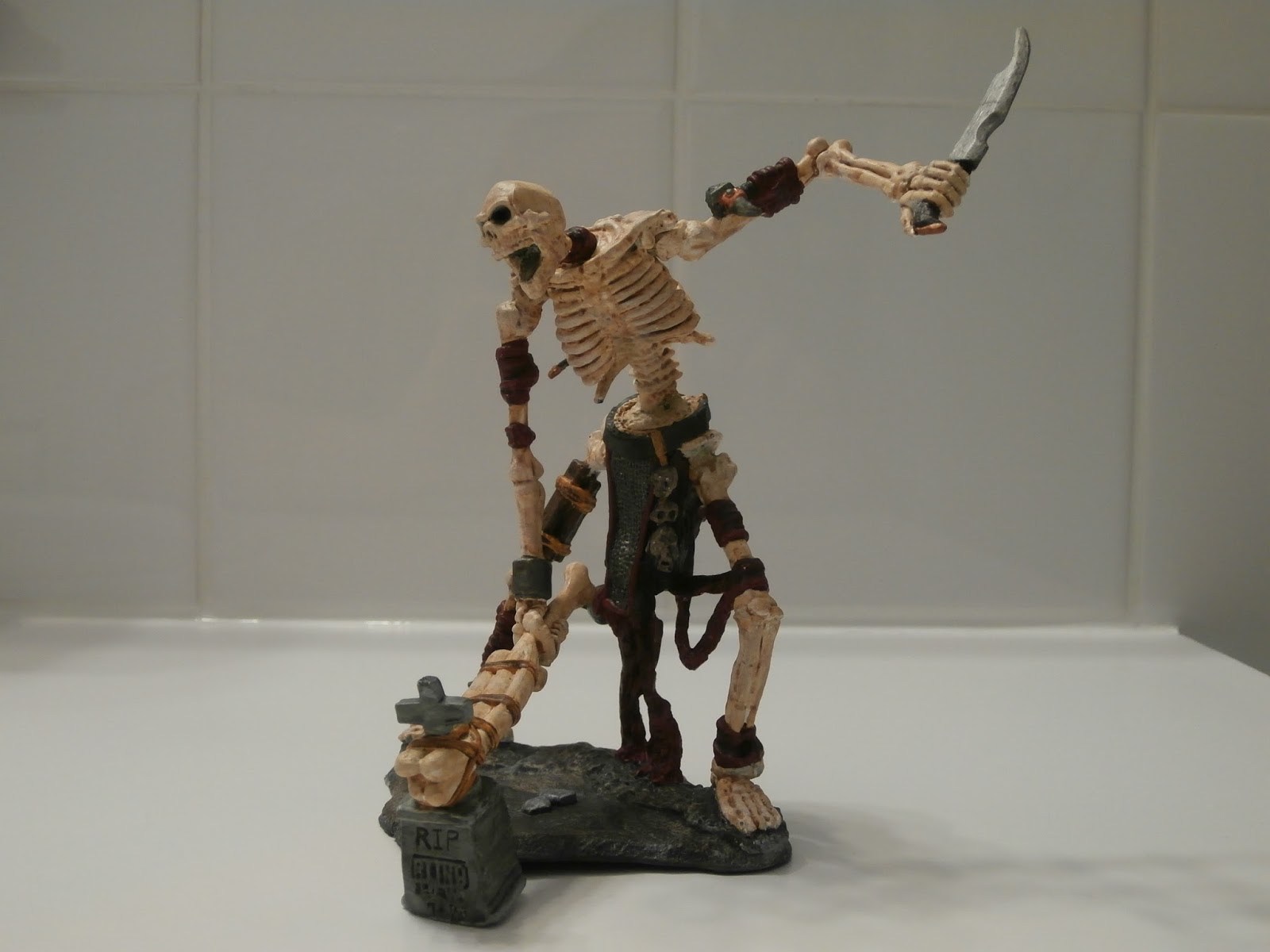 Good evening once again tonight I have another painting guide which resulted from my latest project.  After doing the Pathfinder Red Dragon from Reaper's Bones line, I decided to tackle another big project.  I chose the Undead Giant (aka Giant Skeleton) from the same line.  I have quite a few Undead critters from the Bones line but I hadn't painted any skeletons yet.  I have a batch just waiting for me and, I could have very well started with those and get a bunch done all at once.  Let's face it, skeletal mooks are not too difficult to paint.  At the same time, I wanted to try out and get some practice with a good sized surface to try a bit more dry brushing.  A larger surface for this sort of thing is just a lot more forgiving if you haven't quite gotten used to dry brushing or if you are trying Citadel's dry compounds which tend to overload the brushes with pigment.  The Undead Giant also proved to be an interesting and fun model with lots of extra stuff to paint.  It made a good choice.

As usual, preparation involved cleaning and then priming the miniature.  Reaper says that the Bones don't need any priming and that you can paint straight on the plastic.  Some people just don't like that and I'm one of them.  No... given the type of material we painting on and given my recent fondness of gesso to get the job done, I didn't see any reason to change my routine.  If any of my readers are compelled to try painting on Bones without the benefit of a primer or sealant, go for a 'foundation' or 'base' paint, which is to say a paint that is heavy in pigmentation. 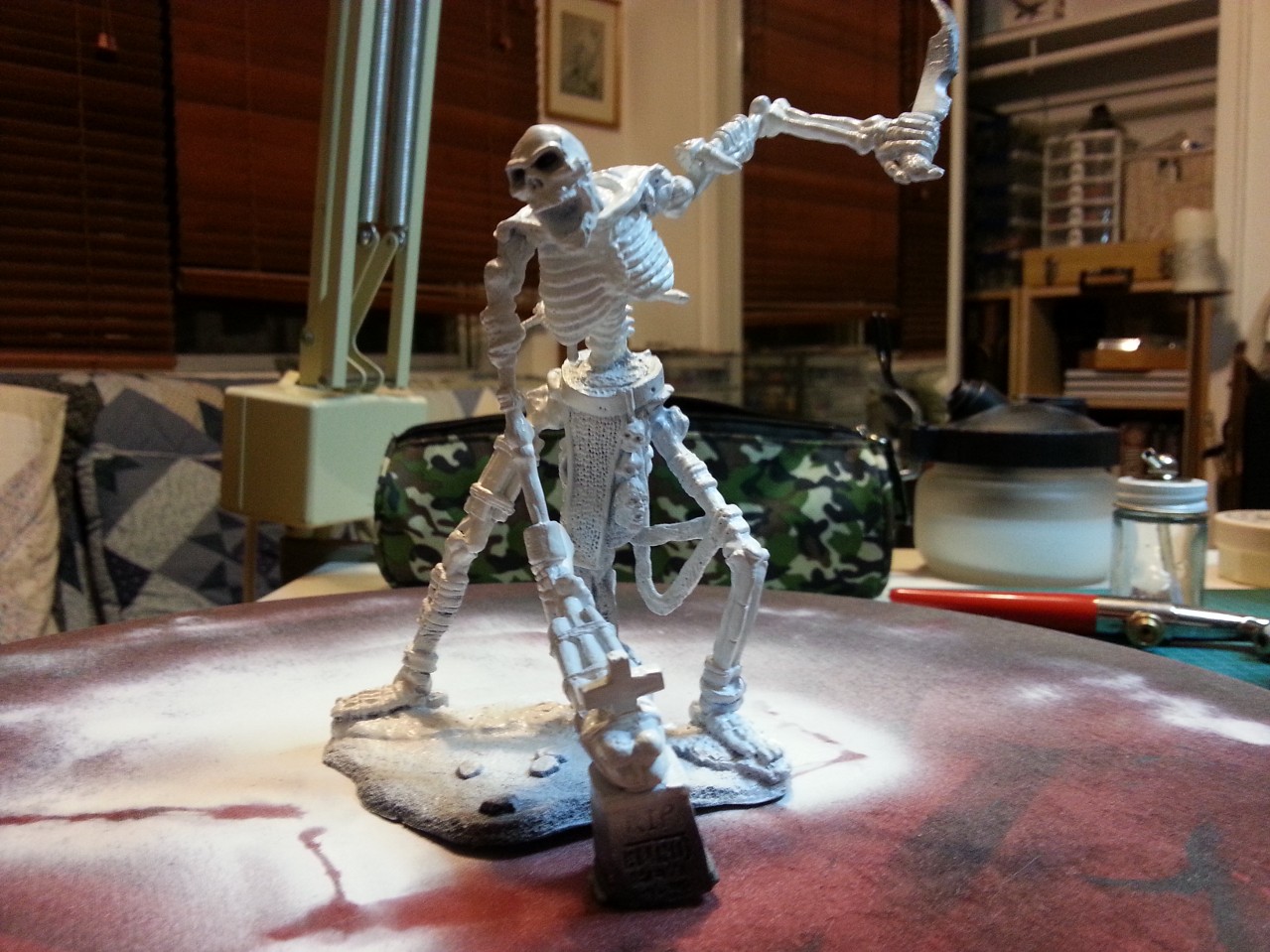 Once gesso was applied, I got to lay down a base coat (using a single-action airbrush this time) of some 'Titanium White'. I should point out that, while I do like and use the Citadel line of paints almost exclusively since they've come out with the new range, large models or large batch jobs make using up one of those little bottle of paints kind of pricey.  Instead, I have a selection of liquid, high pigmentation paints for these sorts of jobs.  While a store brand, I have it under good authority that these are manufactured by Golden for the store's chain.  I can't say whether or not this is actually true but I have found the coverage and quality of these paints to be quite exceptional and the prices much more reasonable than the prices you may spend for other 'name-brand' paints.

For the rest of the model, I used:
Next was the fun part... the entire model used one of three washes for the shading.  The most important one was 'Seraphim Sepia' for all the bone and I used 'Nuln Oil' for all the chains, cloth, and headstone. 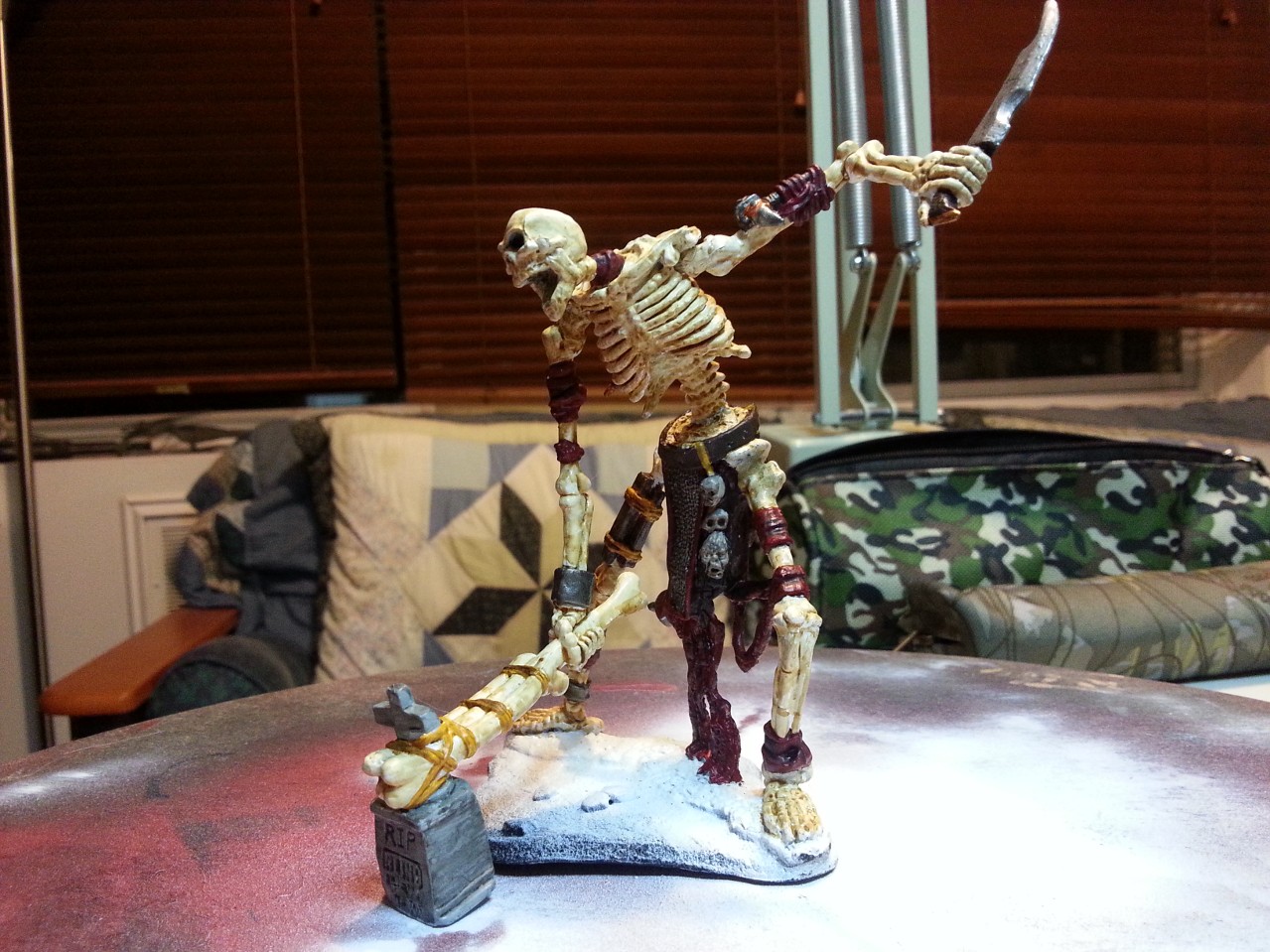 I then dry brushed the base with 'Longbeard Grey' and followed up with an 'Agrax Earthshade' wash.

There were a few touch-ups when all that was done here and there... a bit of shading using a wash for the eye sockets and mouth for instance.  I also had to soften up some areas that didn't have enough of a dry brush applied when looking at the bones.  When I was finally satisfied, I sealed the miniature with a coat of Liquitex Matte Varnish.