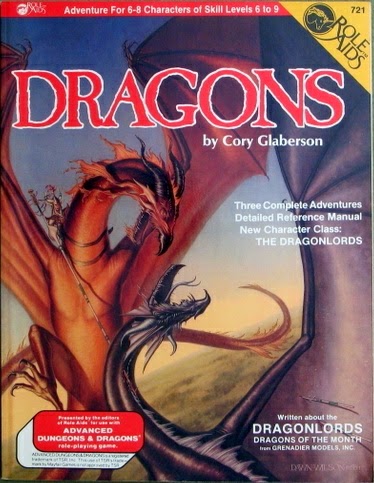 The Role Aids line published by Mayfair Games was in some ways, ahead of its time.  Some people love the material, others disliked it, and for many, reviews were mixed depending on the product.  TSR certainly had issues with them back in the day that was years before an SRD and Open Game License saw the light of day.  Mayfair Games got out of the RPG business well before this happened as well, and one wonders what could have been had they held out and not sold the line to TSR as result of the latest round of litigations.  Today, remnants of Role Aids exists in older, unsold stock in the hands of various retailers and the second-hand market.  Some titles are remain popular among those who are familiar with them where as others are largely forgotten.

I was never greatly exposed to the line when some of the stuff was coming out in the 80's but I found out more about the line in the 90's when TSR took Mayfair to court.  However, in the early to mid-90s, I had effectively put TSR and their family of products in the back of my mind as I become tired with their offerings and began to explore other games.  Shortly after I stumbled upon Castles & Crusades in 2006, I also found out that Mayfair was still sitting on a lot of Role Aids products and clearing the stuff out in bundles.  I knew that compatibility wouldn't really be an issue so I grabbed a lot of it and, I've very glad I did.  Since then, I've picked up a few things here and there to round out my collection and, while I may not have a 'complete' collection, I've managed to pick up a lot of it and even put some of it to good use. 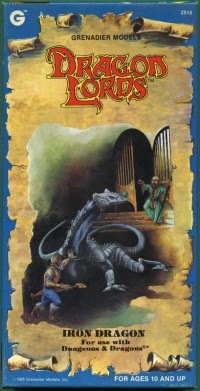 One of the books that genuinely surprised me was the Dragons book they put out.  Published in 1986 and inspired in part by the Dragonlords: Dragons of the Month miniatures put out by Grenadier.  While the book is described as an 'Adventure for 6-8 Characters of Skill Levels 6 to 9', it is more than that.  It is also a 'Reference Work' which makes this book and others like it in the series stand out.  The book contains three adventures in the last third of the book but the first part of the book shines.  It covers the traditional castes (color and metallic) plus a couple of others and introduces the concept of clans.  It offers more detail in terms (easy convertible) 'crunch' and expands the material by talking about molting and how this affects dragons as they age and molt.  There is a section covering biology, 'gifts', diseases, and parasites.  Culture and history is covered as well and even ideas dealing with guardian and pets.  There is a new class, the 'Dragonlord' and there are even rules for playing a Dragon as a PC.

The ideas that can mined from the book are many.  There are a couple pages devoted to plant and mineral lore which can easily be transplanted and certainly give one's game a different and fascinating spin.  Considering it's a trope that is now often over looked... say trying to find the knowledge on how to best gather and prepare certain herbs or stones to produce a special, game altering effect, and the possibility of a few cool adventures can begin to seed in the creative mind of an imaginative GM.

Is the book perfect?  Well, as I stated earlier, some people really had mixed reactions towards the line in general.  While picking up an OSR product designed for one system todayand  using it in another is accepted practice, it was a bit different.  Some fans just didn't care for the Role Aids material or even the Judges Guild stuff because it wasn't 'official TSR'.  However, with the lack of an SRD and OGL, it was even harder to produce support material for anything D&D.  A slightly alternate system was devised for the purposes of Stat Blocks.  Example, instead of Hitpoints or 'HP', you had Hits to Kill or 'HtK'.  Insight replaced Wisdom, Agility replaced Dexterity, Stamina replaced Constitution, Appeal replaces Charisma, Intellect instead of Intelligence.  But Strength remained Strength.  It still used armor class, THAC0, and had all the other trappings you would expect but some people just didn't like that.  In the light of what they could have done today, some people still might have an issue with slightly different looking but ultimately the same sort of stat blocks.

The other issue that some people may have are the adventures themselves along with the history and clans aspect of the material making this resource bordering on setting material.  Frankly, I like it and, while I may not use the material as-is, a lot of it could be tweaked and inserted for some sort of campaign use.

If I've piqued your interest about this book (and other Role Aids material), the sad news is this has long been out of print and will likely never be reprinted.  There are no official PDFs available through any legitimate means.  The best courses of action available are resellers (typically secondhand) or the odd instance you can find old stock somewhere.  This pretty much means eBay or Noble Knight Games.  Prices will of course vary and as I write this, there are two listings at Noble Knight Games ... a mint (shrink wrapped) copy going for $19.95 and a used copy (condition Fair) listed at $7.00.  It's easily worth that $7 but, since your mileage may vary with this product, a 96 page softcover at $19.95 might be asking a bit much unless you are a collector.