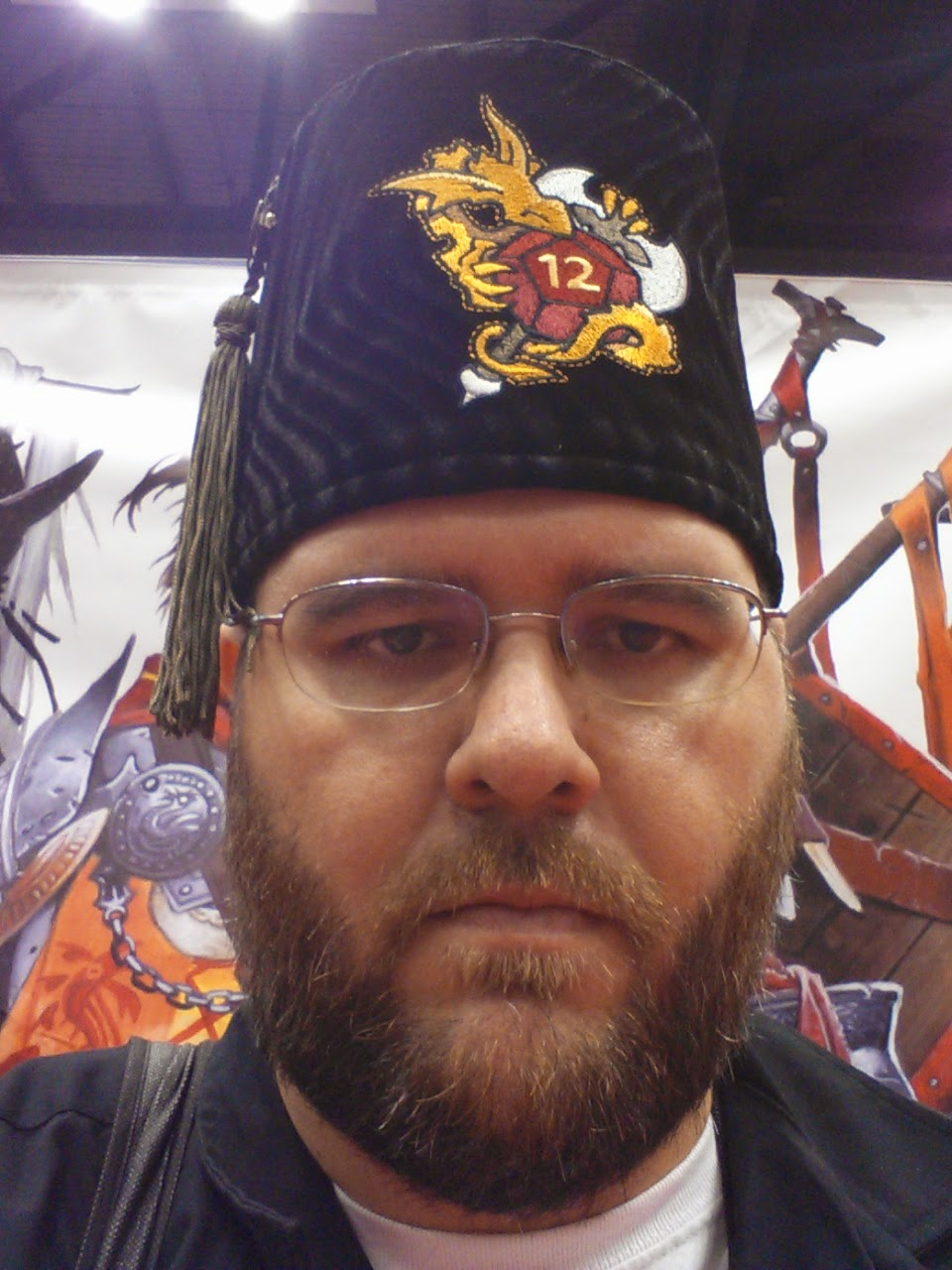 The proper 4 days these took place was during GenCon with this year being my first time attending.  I had a blast.

Best convention purchase... well I think each one is just about one of the best at the point of purchase.  At the recent Gen Con, I was very happy to get my copies of the Achtung Cthulhu books as well as the limited hardback print of the Masks of Nyarlathotep for Call of Cthulhu.  I was very pleased to have picked up the 10th anniversary C&C 'Black Box' -- signed and numbered.  Then there was the fez.  Now that I think about it, I have to give it up to the fez.

Favorite convention game?  Well, here's a confession: I really haven't had a chance to go to many gaming conventions.  The only ones I have been exposed to were TINY and, even then, I spent my time running a game or demo as opposed to playing and enjoying my time at the show.  That isn't to say that I didn't have fun but I don't have much to draw from either.  That said, my recent trip to Indianapolis did give me a chance to play in the 'Meat Grinder' which was formerly better known as the Tower of Gygax.  I had a blast trying to survive.

Game I wished I owned?  Well, most stuff that comes out that I want, I will buy.  In past years, I have also tracked down other things I've wanted in the past so it isn't really an issue. BUT... Milton Bradley's "Hero Quest" with all the add-ons would make me a VERY happy camper.

Funniest game I've played... there have been many (both ran and played in).  Sometimes they end up funny because of sheer exhaustion and silliness of it all.  Recently, my less than 1 round survival in the aforementioned Meat Grinder had me laugh.  Quickest death ever.  ;)