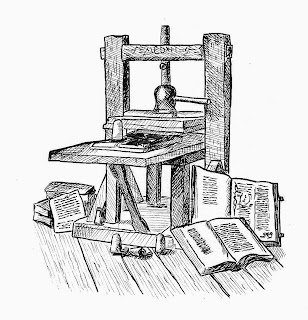 When Arcana Creations started out around 9 years ago. I had ideas, spare time, and was inspired. It's been an interesting decade with many rough patches. There have been highs and lows but one thing that I kept on saying up to the start of last year was that I was a 'hobby publisher' at best. Earlier on, I didn't even want to be known as a publisher! Rather... I was happier being recognized as a 'Studio' doing work on existing projects. You see, almost 10 years ago, Brave Halfling Publishing was doing great work and John from BHP was very encouraging to a few people. Some have gone on to do even better things but Arcana Creations stumbled a bit earlier on.

In those early years, I have been given manuscripts for scenarios that have not yet been published though TWO of them have most of the work done on them and were a very short way from actually seeing the light of day. I also have others beyond that but I'll get to those later.

One of these two which will be making an appearance is an adventure scenario by Bill DeFranza entitled, Hide in Plain Sight. Unlike the other three modules, there is just more content in this adventure which could easily be broken up in two parts. It is undergoing a new round of edits with a very basic level of tweaks since the scenario was originally written with Castles & Crusades in mind. Now, it is getting a Ballista makeover.

The other module being produced that has gone through full editing and is in layout is Todd Pote's Mystery at Morfurt. Like Bill, Todd has been an early support of Arcana Creations and he presented what looks to be a straight-forward and fun scenario. I've recently been in contact with him regarding a map in order to finalize the content for the module.

Both of these still need art and they need to be finalized but, everything should be finished up before the end of the year. And, it is only taking THAT long because between now and the holidays, I do have my full time 9-5 job and a couple of small shows that I am doing.

I mentioned other content too and I do have more to publish for Ballista. However, being a big fan of Kickstarter, I know that over reaching can be problematic and over promising can just kill a great idea. Aside from a COUPLE of surprises I'm holding for the Kickstarter starting this weekend (should be tomorrow but might actually end up being Sunday), I'm keeping things 'finite'. I'm also giving myself EXTRA time for fulfillment. If by some chance, the campaign being launched becomes WILDLY successful, we'll be able to handle the volume and TWO-THIRDs of the project is already complete!

Arcana Creations have brought two projects to Kickstarter. Both were small and only one successfully funded. Both were for the Arcana Elements imprint publishing fiction and non-fiction. The first delivered early. The second still got completed without funding but was kept to a very small print run sold at shows. Had it funded, it would have been ready to go out to backers within a month of the end of the campaign. The intent is to do no different with this campaign and deliver on time... if not earlier.