D&D Next, Higher Costs, and the FLGS 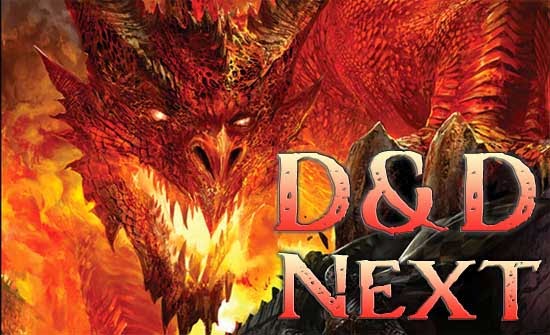 As usual, the internet is an a complete uproar with the leaked pricing of the new Players Handbook for D&D Next which Wizards of the Coast is expected to release this summer.  I read a lot of the reactions of the forums and some of the blogs and I find the responses largely humorous.

Too often, people are quick to make comparisons.  I've heard a few arguments comparing the $50 book to the Pathfinder Core book which combines the content of a Players Guide and a GM's Guide in one volume for the same price!  My other favorite: the 3rd Edition Player's Handbook sold for $20 when it came out!  And, better yet, at that price, I can buy both the Players Handboook and the Monster & Treasure Guide for Castles & Crusades!

All this is true *but* doesn't exactly reflect reality of the situation.

Consider Castles & Crusades for a moment.  When I first got into the game back in 2006, the second printing of the PHB and the 1st printing of the M&T were both available and sold for $19.95 each.  Seriously, this was a fantastic bargain when you compared other gaming books being sold at that time.  Both books were 128 page hardcovers, a nice but lesser quality paper stock, and entirely in black and white.  The  Player's Handbook was $30.  Since the 2nd printing of the C&C Players Handbook, two things happened.  One was the page count was increased by about 20 pages and the other was the price increased to $25.00 when this happened and, when the Players Handbook went into it's 5th printing, they went with color pages and another $5.00 price bump.  So, in 8 years, the Players Handbook for C&C increased by 50%.

If we consider that $30 price tag for the 3.5 edition of the Player's Handbook, the price increase is higher (about 67%) but not unreasonably so by comparison.  In fact, as it was pointed out elsewhere, back in 1979, the price for the AD&D Player's Handbook was $15.  It might not seem like much but, adjusted for today's inflation, that same price works out to just over $53 for the same book.  Remember, that book was smaller in page count (128 pages) and also featured awesome artwork (back when it wasn't old-school!). This also means that, by comparison, the premium reprints were a good price at $35, relatively speaking.  I point that out only because people will always complain about pricing.

Take for instance, a recent hardcover novel.  A $30 price tag is typical for a 300-500 page novel in hardcover format and, should you decide to wait for a mass market paperback release of the same book, a price of between $9 and $12 isn't unheard of.

Some people who posted went so far as to indicate the unaffordability of the books to get into the hobby and, the fact that this is just for one of the books fully expecting a three book paradigm as we have seen in the past.  Once again, two points: The cost of a new video game on an Xbox or Playstation is $60 and who said that EVERY person playing the game will need ALL THREE BOOKS!?  The first point is simple observation and I don't know how these young high school kids do it.  Being an avid fan of video games, I own an XBox 360 and have owned one for years.  I have MANY games on my shelf and I have witnessed many 'kids' buy games on day one.  I'm not saying they do this regularly nor do I know how it is they pay for these games.  Hell, I have seen many of these kids with iphones as well -- I won't make too many assumptions.  They can do it though and, oddly enough, when I just got into the hobby when I was 13 or 14, I managed to buy many AD&D books.  I got a bit of money here and there which allowed me to buy the books I wanted and then some.  I couldn't buy them all at once but, between me and my friends, we collectively shared our books since we were all playing a campaign together.  My first book was the 2nd Edition Dungeon Masters Guide... one of my friends bought the Player's Handbook and he also had the BECMI sets.  We all had our own sets of dice and, at first, we bought a few adventure modules which had basic stat blocks and what you needed to run the adventure.  Afterwards, we would use those same stat blocks to create our own adventures until I bought Volumes 1 and 2 of the Monstrous Compendium.  In short we made do and every player not each having a complete set of the core books was just not an issue.

Now, as to address some of the other points... the whole $20 for the 3rd Edition PHB was promotional and did not extend beyond the initial printings.  TSR lost a lot of good will and accumulated a lot of dept.  When Wizards of the Coast bought out TSR (this was years before Hasbro would buy WOTC), they finished putting out material that was well on it's way to being finished and set to work on 3rd Edition.  Knowing that there were many changes and to win back many some of the fans that they lost or, simply to get present 1st and 2nd Edition players to give 3rd Edition a serious look, they decided to put out the books as inexpensive as they could get without losing any money.  The plan worked and, in conjunction with the OGL, D&D was effectively saved.  Subsequent printings had a higher price tag.  Frankly, I would love if they did this sort of thing again.

Does this mean that you *need* to shell out $50?  Of course not and everyone knows that there are plenty of options when you can buy books at a significant discount.  The argument that these large chain stores and online e-commerce is killing the smaller bookstores and our beloved game stores isn't the whole story by far.  When someone says that buying off Amazon is killing a local retailer because you aren't buying from him, a couple of things comes to mind.  Did the owner of the small store actually plan on ordering a few hundred copies of this one book?  Probably not.  They may be tempted to order a bunch but chances are they won't order much than 25 copies of a significant title like the Players Handbook for the new edition of Dungeons & Dragons.  Even 25 might be a bit much considering any other gaming book might have something more manageable along the lines of 2-5 copies of any single book depending on the system.  They will simply re-order as necessary.  Did they sell more books back in the days before Amazon and the big chain bookstores?  Undoubtedly but the thing to remember is that the store isn't getting much money out of the sale of a book to begin with.  Just over a decade ago, I did work in a small shop that sold books and I routinely took care of these orders.  For any single book, the most the store made was 40% of the cover price.  That 50$ book would be a respectable $20 for the store.  But, again, that was at most and given the costs of running a store like the staff and the rent, you quickly realize you need to sell A WHOLE LOT of books or, books and other things.  A successful games store needs to diversify and has to rely on a host of offerings to be successful.  The collectible card game boom was one such way where a store could rake in a bunch of cash and video games, collectibles, and graphic novels are another.  There isn't one true formula and the success of the store does depend on customers.  However, just because I have the internet at my fingertips doesn't mean I have stopped buying elsewhere.  There is nothing that beats looking through a book if you were initially undecided.  More often than not, a customer that likes what they see in a store will also buy it provided that there isn't an additional mark up beyond the cover price!  Many stores will run games and offer demos and special promotions for customer loyalty and new releases.  Rest assured that, while many may opt to buy online, people will still buy from the stores including D&D Next.