Shipping Is Too Much! 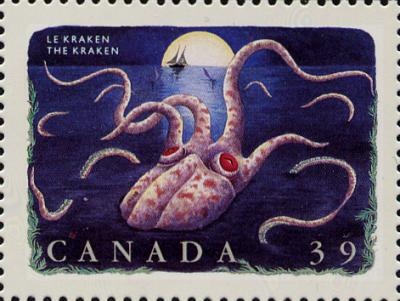 This isn't the first time I'm commented on the cost of shipping.  A couple years ago, I mused about doing some reselling.  Basically, new product offered at a substantial discount but, if the buyer were to buy multiple items, the discount would quickly offset any expensive shipping when shipping elsewhere to Canada, the United States, and even some places aboard!

Great idea which I never followed through since I also had some of my personal collection (second-hand gaming stuff) I was looking to part with.  Over the past couple of years, I've sold stuff though usually it was in the form of a larger-than-life product bundle.

For instance, I sold an extremely large Star Wars d6 (from WEG) collection a couple of years back and last year I sold a very inclusive run of the Dungeon Crawl Classics module line.  Both sales went well and I think in both cases, the boxes cost about $60 - $70 to ship.  Very expensive but I was also selling the books for practically pennies on the dollar.  I've tried to do other bundles in the past but they don't always work out.  I do remember selling a bunch of extra Role Aids material I had and, comparatively speaking, shipping was cheaper (box was also smaller) and still fantastic value.

My quest of course continues and I have, for instance a bunch of classic AD&D modules I would like to sell.  Given what they are, I'm thinking selling them separately instead of together and possibly on ebay.  I was also thinking that certain hardbacks to try and sell those separately as well.  Well, out of curiosity, I decided to price shipping Necromancer Games' "Tome of Horrors" -- not the complete book as put out by Frog God Games, but the original first volume of the book.  It's a fantastic resource and, one of the best third-party products ever put out that made its mark very early in the life space of Third Edition.  Well, keeping packaging to an absolute minimum (size and weight are both important factors), I did my calculations and well on the Canada Post website and did a quote from my location to California (it's actually the same price to anywhere in the continental US).

Price of shipping?  $26.17 CDN which (with the most recent exchange rate I checked) works out to $23.60 USD.  So... Twenty-Four dollars before I even ascribe a cost to the book!  If I went with what Noble Knight priced their copies currently, the cheapest one they have is $20 which, I think is fair for the book.  However, even if I dropped it to a mere $10, it would still mean a $34 expenditure for a single used d20 gaming hardback.

Ok, granted it's a heavy book due to the paper type they used that is largely to blame.  If I were to ship the Castles & Crusades PHB, the same package would be shipped for about $10 less.  That's a *HUGE* difference and the breaking point is where the package ceases to be classified as a 'Small Packet'.  1 Kilogram is the magic number (1 kg is just about 2.2 lbs).  If you manage to ship something that is much lighter...  say a single module, then the shipping drops even further.  It would cost about $8 to ship a classic AD&D module and about $10 to $15 to ship 2-3 modules.

So... The results are somewhat discouraging.  I either continue going 'big' and offer a lot of stuff at great prices to offset high shipping costs or stay small and light as much as possible.

Of course, what I would really need is someone to buy everything I want in one fell swoop while paying a lot more than what Noble Knight Games would consider offering, and just be done with it.

Or maybe some sort of exchange service?  Though ideally, I think I would rather pair down what I have instead of replacing it with just different stuff.

Do any of my readers have any thoughts or suggestions?

Would any of my readers object to paying $35 for the Tome of Horrors (be it a hypothetical or actual)?

Talk to me folks.