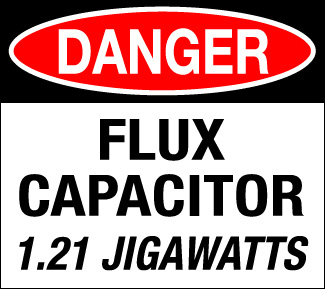 Things have been a bit busy as I try and take advantage of the summer and end up getting pulled in various directions.  As such, it's been a bit quiet as my days have been busy with a dash of the unexpected.

Two things I am looking at doing in the next few days -- I am looking to migrate the blog to my own Arcana Creations domain for starters and I'm also looking to set up a second blog for the Domesday.

The first thing, the migration, just makes sense.  I seem to be able to update the blog regularly enough and I get traffic.  Not huge amounts like other blogs but I do pull between 75-100 hits per day on average.  I don't get as much traffic on my webpage and, frankly, I'm lucky if I find the time to update it once a year.  It's a bit of a pain in the ass.  However, I do pay for my domain so I may as well put it to good use and move the blog on over.  Still not entirely sure about how I'm going to do it exactly but I'm aiming to do the big change in the next few days.

The second thing, the Domesday has always been a mixed bag.  Before I took on responsibilities for this fanzine head-on, it was moderately successful among Castles & Crusades fans but then abandoned due to the work it needed from the very few volunteers that were putting it together.  This is the reason I picked it up -- it had been left unattended for far too long and Crusader magazine was left on indefinite hold.  The two issues I put out were well received and looked sleek and professional.  I was proud of them.  However, as I was starting to work on another issue earlier this year, I had a computer failure.  When I finally got my equipment in order (a new computer), I decided to put it on hold to concentrate on other issues.  That gave me more time to consider the state of that magazine and, I've decided to drop that format in favor of a more regular offering of content distributed via a blog.

This is not to say that this content won't be compiled into some product down the line, but it will make managing the content on a day to day basis a bit more... well... manageable.  It might also give a destination for C&C fans to gather around and start contributing more regularly as well.  Time will tell.

So that is what has been on my mind lately.

Aside from that, Troll Lord Games has ended up having their most successful Kickstarter end and effectively overcoming some of the original issues they had been having running that particular campaign.  It really took off once they made some changes to how they were handling the leather books which came after I and another backer were exchanging a few comments about them.  Of course, that isn't the only factor and, I don't really know if that had a solid impact or not.  The KS certainly drew a lot of new backers ... loyal fans and new people to C&C alike.  In any event I am happy they were able to achieve to much.

Lastly, I want to highlight the Kickstarter for a Comic Book a friend and his studio are trying to put out.  Please check out their offering HERE.