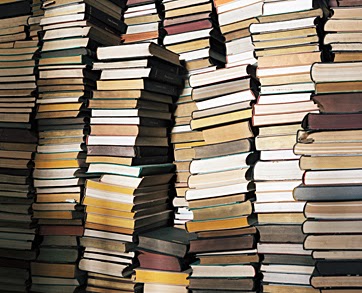 A year ago, I made a resolution to increase the amount I had been reading after realizing I had only manged to read 4 or 5 books in 2012.  Well, I've kept it and succeeded by altering a few of my habits along the way.

I have completed 19 and am in the middle of 2 books which will count towards the 2014 tally.  Most of it was fiction though a couple of titles were more esoteric in nature and a couple others were video game related.

In 2013, I had continued reading some of the Edgar Rice Burroughs books (notably the John Carter ones) but also decided to give the Warhammer books a shot with the Horus Heresy novels.  I have to say I was really impressed with the caliber of those books.  I hadn't given much thought to them but, since I was immersing myself into a bit of Warhammer 40k, I figured reading about the Horus Heresy would help my to quickly get a grasp of characters and factions of the 40k game and how those events unfolded.  They are quick and easy reads but more entertaining that I would have thought them to be.  I have read six of them so far but there are so many books set in the grim futuristic Warhammer universe..

Aside from that, I had finally cleared "Clash of Kings" off my bedside table and have recently started (about a fifth through it right now), the "Storm of Sword"s book.  "The other book I am reading is entitled The Earth, The Gods, and the Soul: A History of Pagan Philosophy" which is interesting enough and a bit different.

I mentioned a couple of changes in habits... One of which was not being fixated at reading a single book at a time.  Being a fan of technology, I had embraced reading on eReaders and tablets early on but found in my relatively short commute that this was simply not convenient enough.  I started to read on my phone though this has been difficult the past couple of weeks in these frigid temperatures.  However, reading on my phone (it does have a larger screen than most), is convenient and a few pages here and there a few times a day will quickly add up.  I still try to read a bit of something before I go to bed and it helps that I try and get to bed a bit earlier which means I can usually polish up part of a chapter and, being in the comfort of my own home, reading an actual book is less of a problem.  Reading on the phone is perhaps not ideal given screen size and such but I've clearly managed to significantly boost my reading by doing so.  Here's to at least another 20 books in 2014!