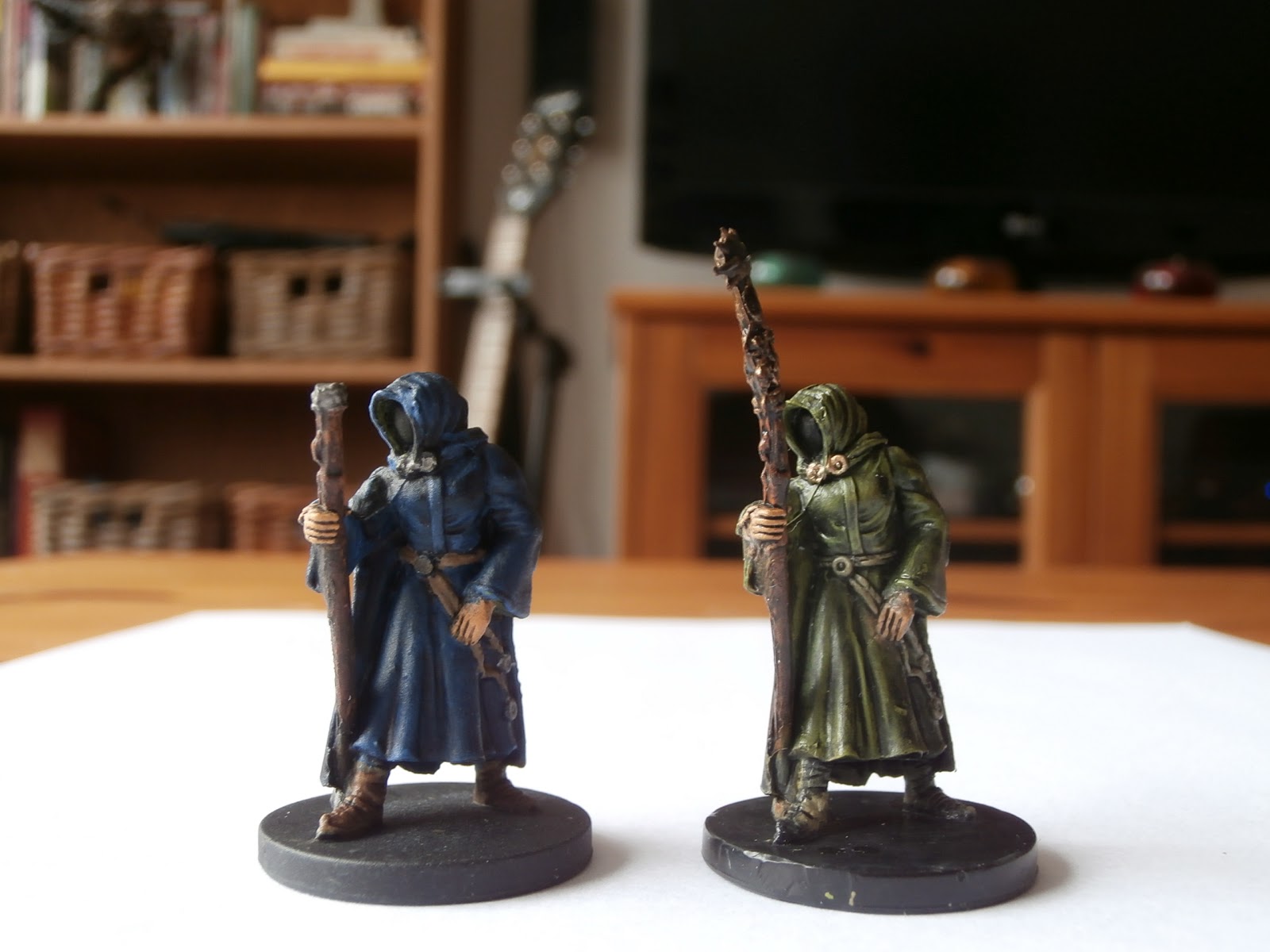 Nothing really major here but I'm proud of it.  While I haven't gotten much painting done since I started in this aspect of the hobby, I have managed to start a few figurines but finish none.  In preparation for a friend's game, I have now finished one figure which a fellow player will be using for the campaign.

Because of the influence of a friend who is majorly into miniature painting and because this just happens to be Warhammer 40k, I've been using Citadel paints and have been pleased with the results I was getting.  The miniature here is originally a WOTC piece from the Desert of Desolation line of D&D Minis -- the 'Snaketongue Cultist'.  This would be the green robed figure on the right. 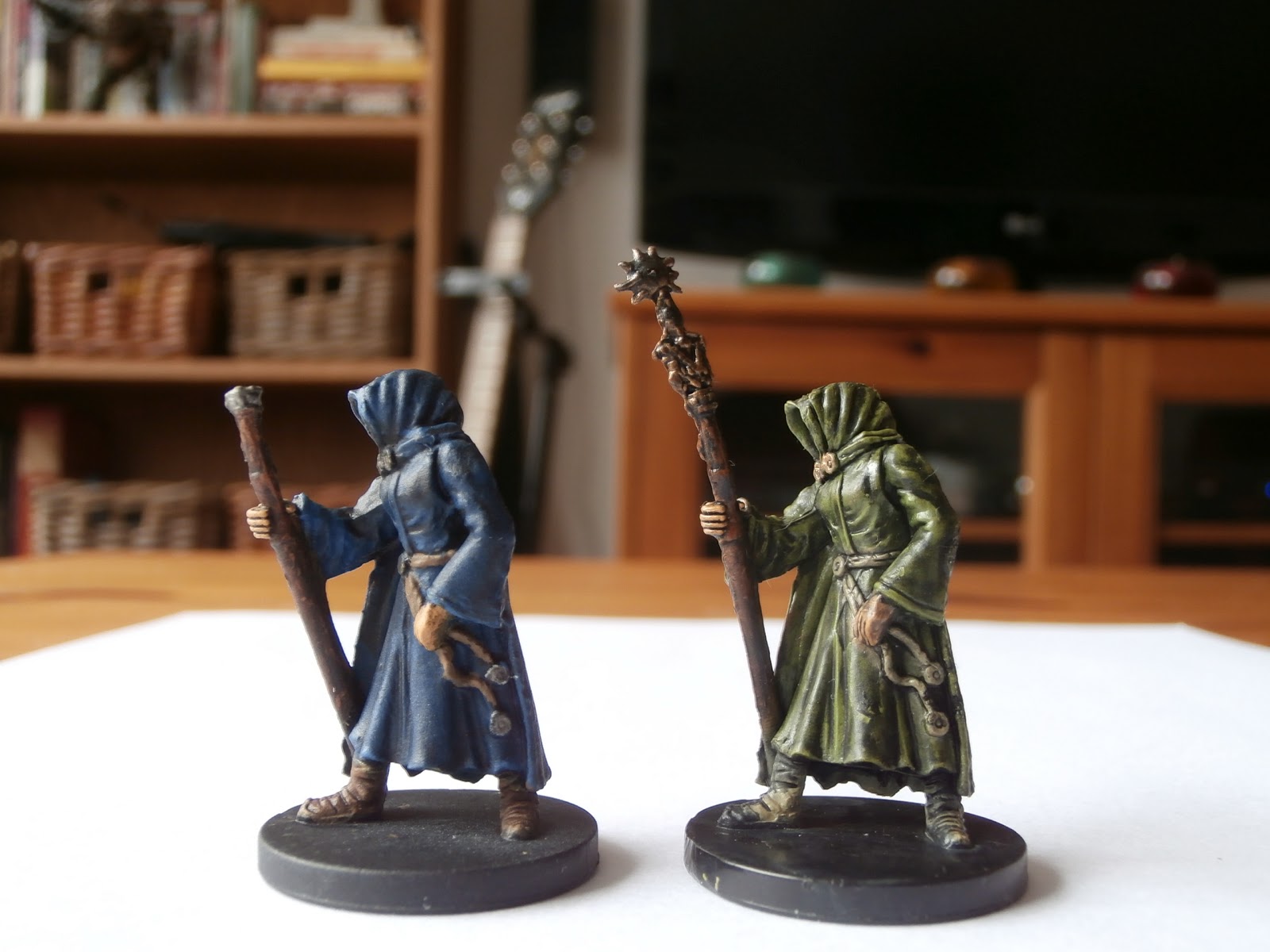 On the left is what one of these miniatures was turned into.  Nothing fancy and largely just a new paint job as well as a quick bit of work with some cutters.

After priming, I used 'Kantor Blue' for the base coat on the robes and used 'Altdork Guard Blue' as a layer to promote some of the highlights for the folds.  I then used 'Drakenhof Nightshade' for the shading / wash for the robes.  Now because of the close proximity of the various blues, I get a more subtle result for the blues in the robes given shade and highlight but I think it worked really well.

Beyond the robes, I used 'XV-88' for the rope belt and some 'Ironbreaker' for the metal found in the clasp, belt and buckle, as well as the tips of the staff.  This was followed by a tiny amount of 'Nuln Oil' for the metal.

The footwear consisted of 'XV-88' like the belt but with some 'Argrax Earthshade' as a wash.

Finally I touched up the wood from the staff with some Rhinox Hide. 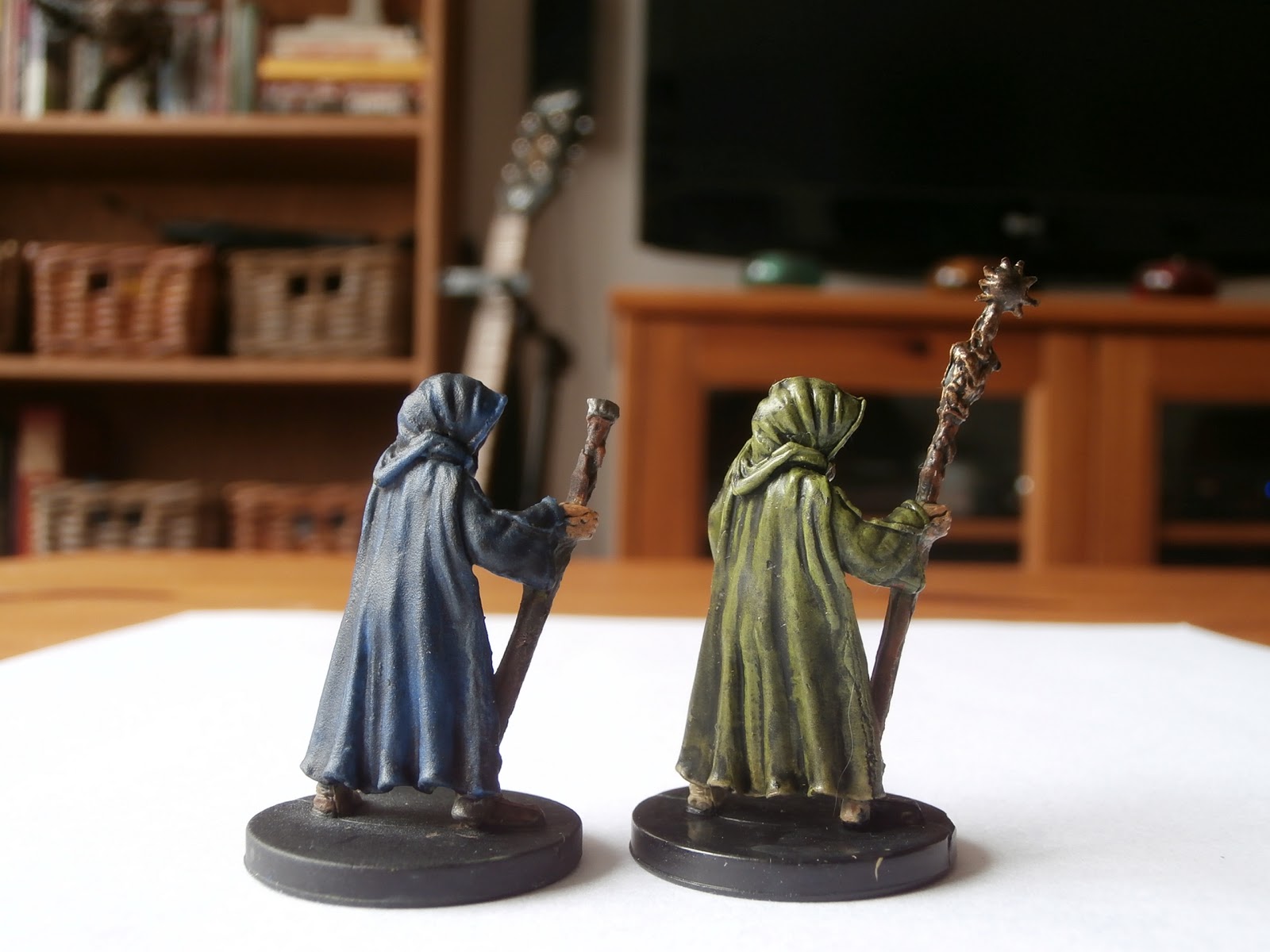 Not too shabby for my first completed paint job.  I sealed the deal with some 'Purity Seal' which is basically a spray on varnish which has more of a matte look compared to the glossy coat the original figure had.