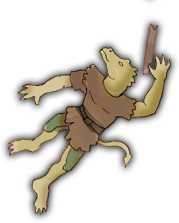 Well, little did I know how the weird timing of last week's 'Weekend R&R' when I considered the Kobold Quarterly publication that I was doing so in it's final moments.  Wolfgang Baur announced yesterday that the magazine was being discontinued and issue 23 was the final issue.  You can reade the original announcement HERE.  Other publishing projects are still moving ahead and I'm certain Open Design will continue to thrive on that front.  I believe that the focus on some of these other projects may have been a factor in the magazine shutting down.

It lasted over 5 years which was a good run and, aside from issues of content -- or rather not the sort of content that would please everyone in the gaming community, why did this happen?

Well, one of the longest running gaming magazines was Dragon magazine (of course) and it was hugely successful for a few reasons.  First and foremost, for a couple of decades, it didn't have to compete with something called 'the Internet'.  I remember being a much younger gamer, relatively new to the hobby and Dragon magazine was *the* place to go to for my gaming news.  Of course, my gaming largely consisted of what TSR but I love the fact that new products would be talked about and the neat ads for various products was a great way to spread the news back in the day.  That didn't mean I wasn't aware of non-TSR products since I did see some when I went to pick up a new book or module.  Plus there was still word of mouth from other friends interested in gaming.  Call of Cthulhu, Shadowrun, and MERP were all introduced to me from a friend.  Now, my main source of news is the 'net and not from company websites either.  Gaming blogs, gaming forums, as well as other forms of social media keep me in the loop.  Frankly, it's nice to have interesting news and articles as accessible as things have become and I wouldn't want to give any of that up.  Also, because of the 'net, there is also so much high quality material that is being shared online which invariably has the possibility of reaching a much larger audience.

The other factor why Dragon magazine worked so well is that it was pretty much considered 'official'.  It's a weird thing and, despite the explosion of published materials with the creation of the OGL with 3rd Edition, people today are still hung up on what is 'canon' and what is not.  I remember, not too long ago, the views of a surprising amount of people who are fans of Castles & Crusades not caring overly much for 3rd party material for the game if only because they didn't consider it 'official'.  This wasn't a reflection of quality or lack there-of, just the lack of the TLG logo though the nature of the material was also a factor.  Adventures and gaming scenarios for instance were acceptable but other types of rulebook and supplements seemed to be 'less popular'.  I admit that I was guilty of that mentality myself when it game to TSR and D&D related products when I saw things like the Role Aids line.  When they first were released, I kind of sneered at some of the stuff.  A mistake I corrected years later when I tracked down a bunch of it.  I know some people had little respect for Judge's Guild for the simple fact that it wasn't TSR and I think the general consensus of that view has (thankfully) changed.  Dragon magazine on the other hand, was produced by TSR and people had no problems in using this material for their games.  By the time that Paizo took it over, it also inherited a loyal fan base that went along with it.

The problem is that times have changed.  Many a gamer will look on the internet if they want to find out something of interest.  This will range from reviews and previews to general news.  Sure, not everyone gets their news this way but enough do.

Aside from that, any magazine who want to reach a wider audience can't ignore the fact that, since the OGL happened, there are now even more games and systems available -- flavors for just about everybody as well as all other systems which are not d20 based but equally accessible.  Today's gamer is more discerning and technically have more choice than what was ever available before.  Of course, you also have the gamer that prefers a certain classic or 'vintage' rule set and the same OGL has made it possible to release rules that capture the spirit, nature, and system once available in print some 30 years ago.

The fact that even WOTC has reprinted or are in the process of reprinting 1st, 2nd, and 3rd Edition material once again.  Just further illustrates the need and desire for choice and a publication to be more representative of tastes and interests while remaining a viable and distinct option that what is available online.

This situation just isn't simple considering all the other challenges that a regular periodical has to overcome.  A new edition of Dungeons & Dragons can't help matters either.  It's a tough nut to crack and a magazine of significant page count and color is not cheap to produce.  Factor in costs for art and content, a regular schedule, while worrying about additional revenue from advertising and keeping such a product afloat becomes a monumental task.

Best of luck with all those other projects -- I will be keeping an eye on them.