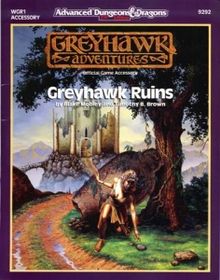 For fans of Dungeons & Dragons, the 'crown jewel' of mega-dungeons has got to be Castle Zagyg.  It is also known as Castle Greyhawk.  Sadly with the passing of Gary Gygax a few years ago and with issues of IP and legalities, this Mega-Dungeon has only been shown in bits in pieces but the whole picture was never revealed.  It is perhaps the greatest of them all because of the stories that surround it shared by those who were fortunate enough to sit down in one of Gary's games.  It has also seen various re-imaginings over the years which only serves to cloud this even further.

Castle Greyhawk was special.  It served as a testbed for the Dungeons & Dragons game in the early 70's and was Gary's own personal campaign.  Publication of Greyhawk material didn't see much in terms of the Castle and its dungeons but there were occasional hints -- though never any real detail.  Some modules were even linked to the Castle such as 'Dungeonland', 'Land Beyond the Magic Mirror', and 'Isle of the Ape' but yielded no real information to the Castles itself.

The first published treatment of 'Castle Greyhawk' was done in 1988 and was unfortunately something of a farce (some consider it an insult to Gygax having left TSR).  The company revisited Castle Greyhawk in the 'Greyhawk Ruins' in a more serious attempt to create something more akin to what fans had been waiting for.  Having tracked down a copy of the Greyhawk Ruins, I do think it is more quickly dismissed than it should be.  Some people must have considered the material good though since it did get updated for the 3.5 ruleset in the 'Expedition to the Ruins of Greyhawk' book.  Of course, none of these match Gygax's original mega-dungeon -- I mean how could it?

Enter Troll Lord Games.  When Gygax began working and publishing material through TLG, this was also a chance to see some of the Yggsburgh (aka Greyhawk) and the Castle itself.  Like most things from the small company, certain things did not get developed in the pace that fans would have liked.  There were other problems earlier on as well -- Robert Kuntz was on the project early on but that just didn't work out.  Eventually, the city began taking shape a piece at a time in a line of accessories to complement a wonderful book on Yggsburgh.  This was 'Volume 1' of the Castle Zagyg series.  A folio was released, entitled the East Mark Gazetteer and along with it, a module reminiscent of the 'Keep on the Borderlands', which served as the introduction to the surrounding and entry to the Castle.

It was during this time that work seemed to begin in earnest to produce the rest of the material and Gary Gygax guided and worked with Jeffrey Talanian to produce a definitive version of the Castle.  The Upper Works was released in the last quarter of 2008 but with Gary's passing earlier in March of that year, the licensing agreement for the material was dissolved and the material was no longer available as of December 31st of that year.  No PDF version was ever produced for electonric distribution and there were stories of a lot of damage to the few numbers of box sets that made it overseas and a number of these may have been 'pulped'.  In North America, some made it various stores but numbers were slim.  Simply put, the demand was higher than what could be supplied in the limited amount of time TLG had.  It became instantly collectable and sought after which led to some buying multiple sets if they could manage it which they would turn around and sell for a profit.  Just looking on ebay now, I see a copy for $325 and Noble Knight Games have a couple of copies for around $290.  In the past year or so, the cheapest I have seen for one of these box sets was for $165.  Retail price was originally $44.95.  Kinda depressing when you think about it.

I was fortunate to get my copy for two reasons: Originally, I was under the impression that the box set would at least sell into 2009 giving TLG at least a few more months to meet the demand of those who wanted a copy. Because of that, and with the ludicrous pricing of shipping TLG was asking to ship the box set to me (it was around $30), I decided to wait and get a copy at my local retailer and left my name with the store instead.  As it turns out, the store was only able to get 2 copies in and the distributor was unable to supply anymore.  One of the two is the one I got but the other box set sold within hours.

Castle Zagyg (as it was renamed) effectively met with swift end and all of the Yggsburgh material -- a lot of it still in developmental stages is now just 'gone'.  It's a shame because the Upper Works as well as the rest of the published material were all top-notch.  The Upper Works set itself was fantastic and Jeffry Talanian should be commended for all the hard work he had put in.  The contents of the set include 'The Mouths of Madness' (previous published in the Gazetteer), the 'Ruins of the Castle Precincts', the 'East Wall Towers', the 'Castle Fortress', and the 'Storerooms' which is the first level to the dugeons.  You also got an illustration booklet and maps in the box.  And this is where it 'ends'.

Many think this to be a huge problem but, I find that in a weird way, it's probably fitting.  The Upper Works does a fantastic job to set the tone and there is plenty material available to borrow from if you truly aren't the type to go at it 'on your own'.  However, the most 'obvious' choices may not be the best fit for on reason or another. 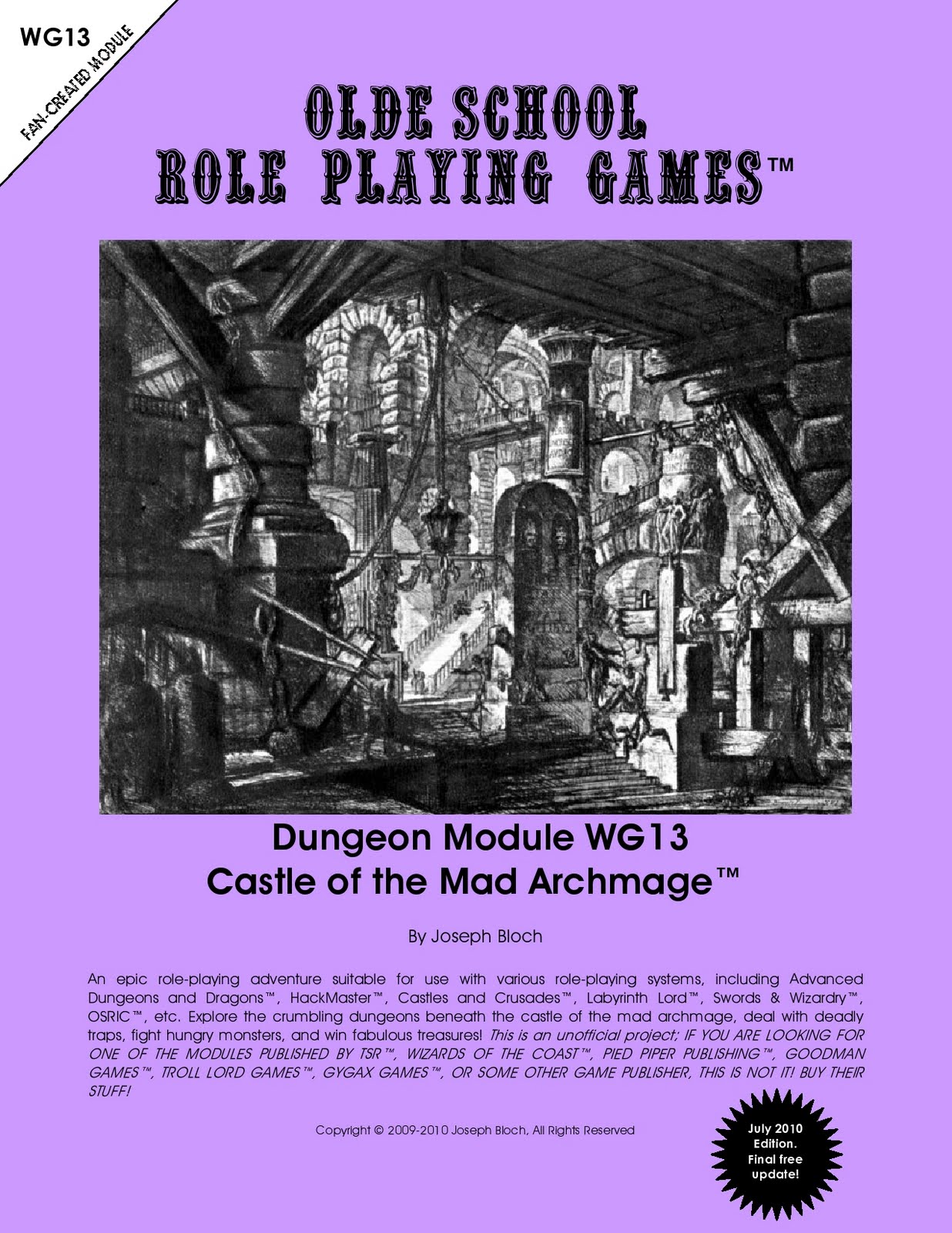 For a while, you could freely download the 'Castle of the Mad Archmage' by Joseph Bloch.  He designed this with admirable the goal to supply the remaining levels as he interpreted and envisioned them.  It is a nice piece of work which is unfortunately also unavailable now due to an agreement made with Black Blade Publishing to publish it.  Black Blade had a press release in April of 2011 which stated that they hoped to have it out by December of 2011.  We're coming to a year late with the once free alternative no longer in sight and the latest news provides a hopeful 1st quarter release in 2013 but may end up slipping in the 2nd quarter for a May 2013 release.

Heh... I don't feel so bad about the delays Arcana Creations has had developing certain projects with that bit of news.  ;)

So, what else is there?  Well -- when I first looked at Castle Whiterock, it struck me as the perfect solution to for the levels beneath the Store Rooms detailed in the Upper Works.  In fact, a lot of mega dungeons with a minimum amount of work could be fitted to work with the Upper Works.  You could even go a step beyond that though.  Scrap the multiple levels and create a couple to bridge the Upper Works with some of the material you can find in the 'Halls of Many Panes'  -- another interesting box set which could work given how 'Dungeonland', 'Land Beyond the Magic Mirror', and 'Isle of the Ape' were linked to the Castle.

Of course, you could also track down the Ruins of Castle Greyhawk and rework some of the material there to use with the Upper Works.  No matter which way you look at it, there will be some work involved but given how many of the levels in Castle Whiterock work independently of each other as well as the obvious tribute that Castle Whiterock is the classic D&D and Castle Greyhawk, it seems like a natural choice. 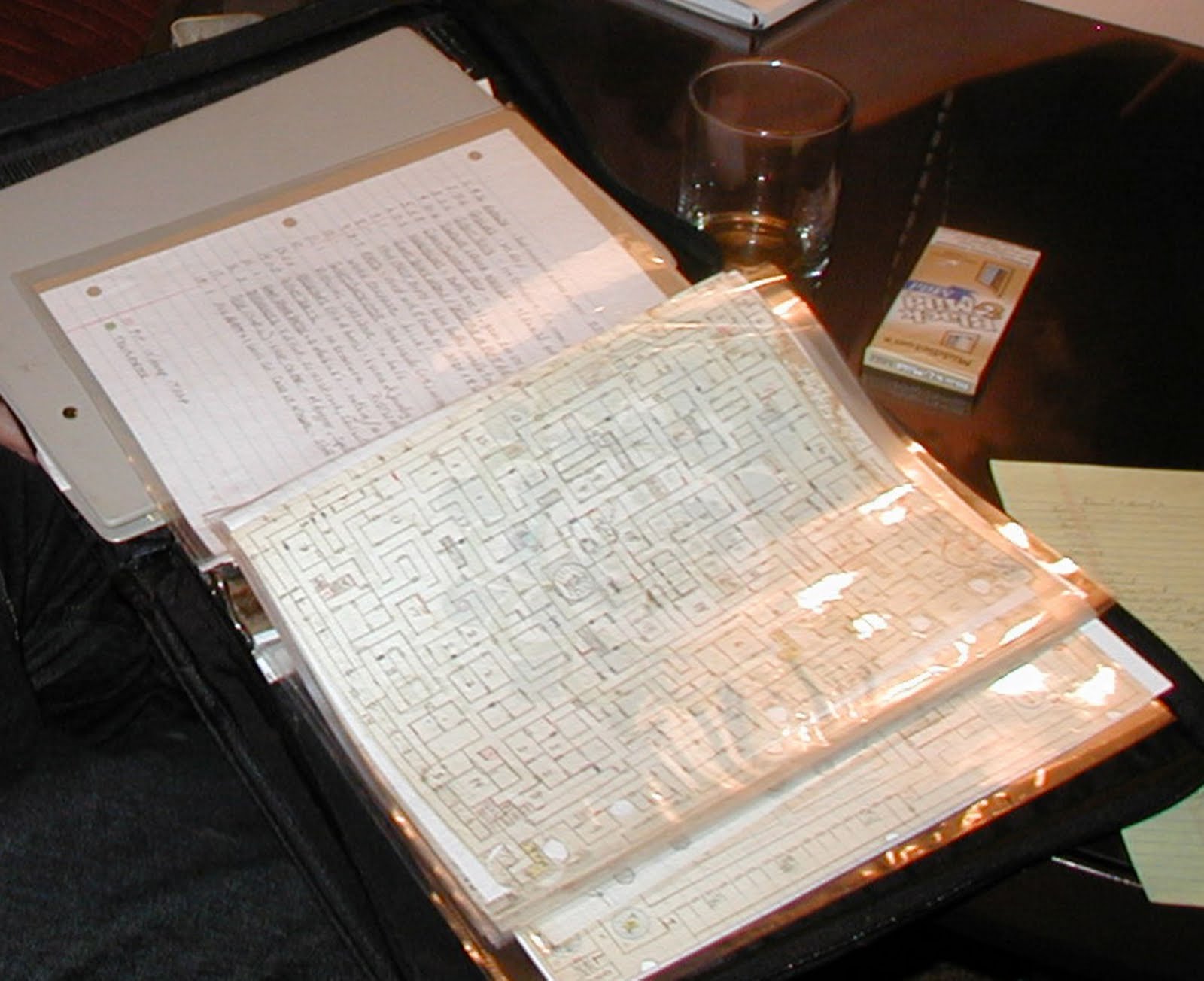 If you don't like any of those options, take Castle Zagyg or Castle Greyhawk and just make it your own.  This is what Gary did... he made his game and his campaign truly his own and I think this is the best way to go about it.  There is no reason the dungeon even has to stop at level 15 -- it could be as long as you want or need it to be.  The goal with all of these is to have some fun after all.

Anyway, sorry if this was a few days late.  I originally intended to post this for Halloween but with everything else, it got pushed a few days.