Sometimes after a long week of work and doing some running around, you just need to relax.

That's what I did this past weekend which is why there was no usual Weekend R&R posts.  Expect the next one to show up as planned this coming weekend though.

So, one of the things I did was check out my Bones a bit more and sort through some of the models.  While watching a movie on Saturday, I did some drybrushing to highlight the details on the translucent, colored models I hadn't touched yet from both Bones I and Bones II.  Here they are: 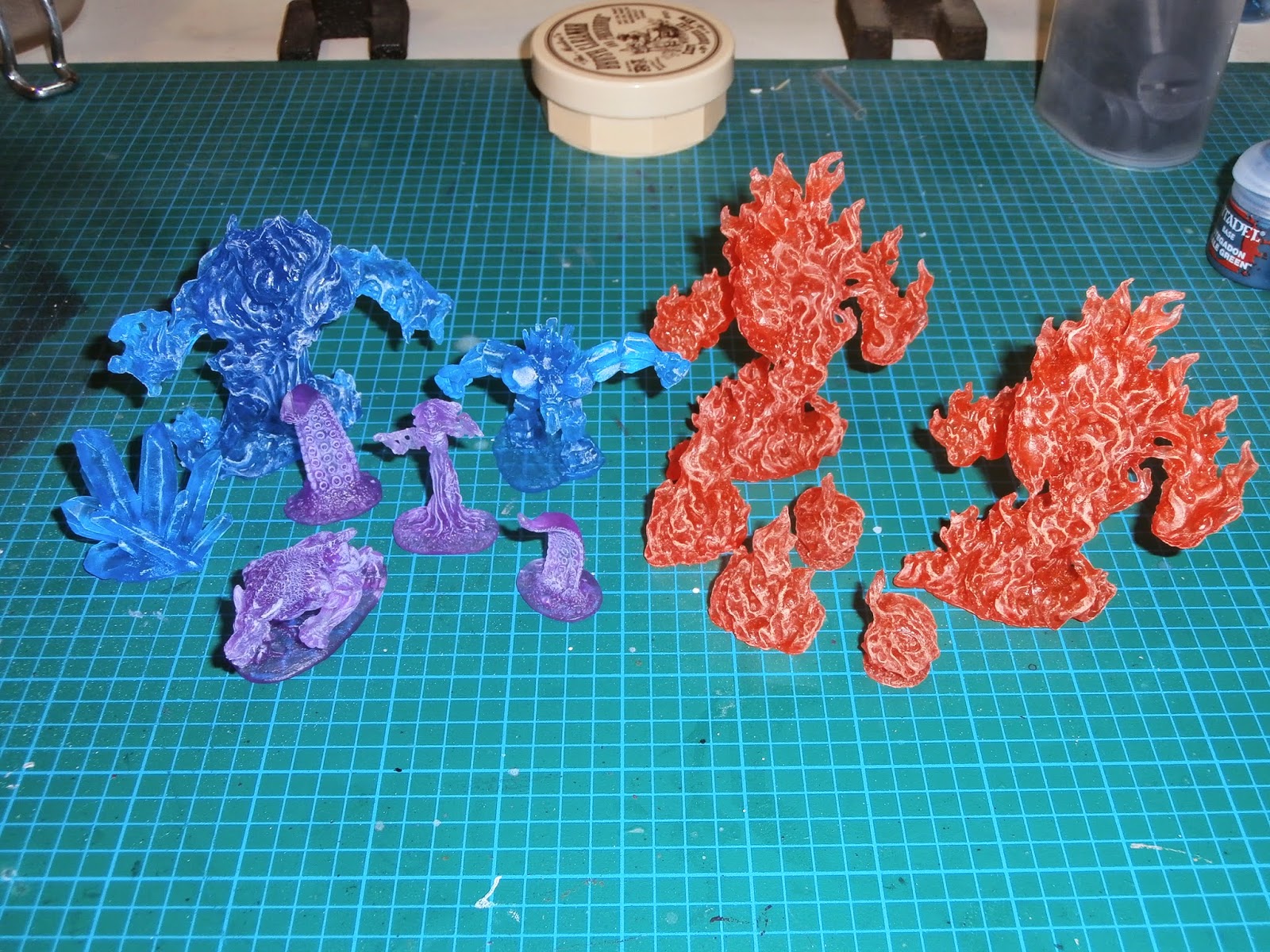 I really like drybrushing as a painting technique and working on models like these helps to strengthen and practice the technique.  In each of these colors, I chose a softer version of the color... a baby blue for the blue models a pale orange for the orange models, etc. Since the Bones plastic has a tendency to repel some liquids, I didn't bother trying to do much shading with washes or inks.  In this case, with very minimal effort and time, you get a result that looks pretty awesome.

On Sunday, I ended up playing and we pulled out the classic 'FASERIP' system made popular by TSR's "Marvel Super Heroes RPG".  While an actual adventure was planned... we basically did a combat scenario to test out some house rules variants for combat.  While we all had fun, the decision to continue with a Supers game was made but it looks like were are switching up to BASH!

Aside from the miniatures and light gaming, some TV watching and movies, Day Light Savings time still managed to kick my ass and my Monday was very sluggish.