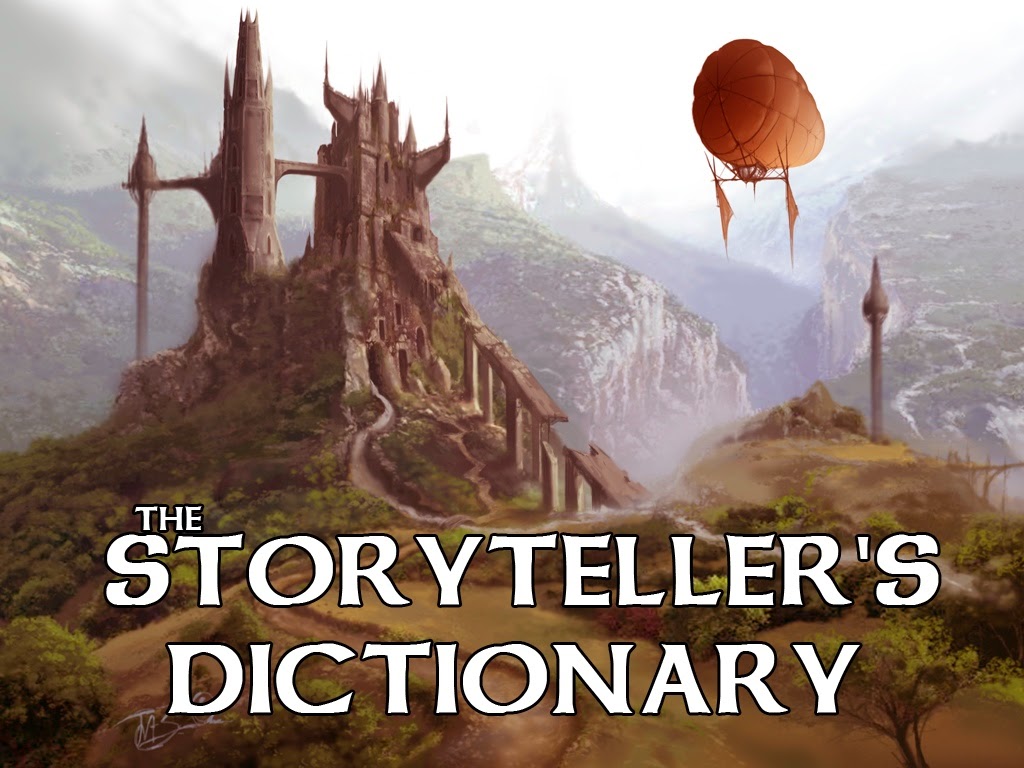 The Masks of Nyarlathotep Companion has concluded today on Kickstarter, and the crowdfunding campaign for Victorious from Troll Lord Games is in its final days.  If this is the first you're hearing about that, I write about it HERE.  While I tend to be a bit more reserved with Kickstarters than I was a couple of years ago, this is the first time in quite a while where I am backing three projects that were funding around the same time.  I've already mentioned two and the third I want to highlight is the "Storyteller's Dictionary".

Chenault & Grey is the parent company of Troll Lord Games and had previously crowdfunded and released the "Storyteller's Thesaurus" which I originally reviewed back in January of 2014 (found HERE).  It is a great book and not a typical thesaurus.  In keeping with that tradition, the "Storyteller's Dictionary" won't be a typical dictionary.  As opposed to a simple alphabetical listing of words and their definitions, the book will be broken up into subject matter along with a comprehensive index.  So, if you want looking for a word that has to do with building features for a castles, you can find it there.  The intent, like their thesaurus, is to be a tool for writers, game designers, and other enthusiasts of fantasy, science fiction, and the horror genre.

It's also pretty close as you can get to being a sure thing for those who have or feel like they have been burnt on kickstarters before.  It has amassed over $20,000 and busted a variety of stretch goals -- including adding word derivations to the book.  The funding campaign will be complete in just under two weeks.

Production and delivery of the physical copy of the Thesaurus was done in within 6 months probably due to the some of the stretch goal considerations (there was an short story anthology as well).  If the Dictionary sounds intriguing, you can find the campaign HERE.  It'll cost you $25 for a physical AND digital copy of the dictionary and, if you are so inclined, you get get additional copies of either the dictionary or the thesaurus as add-ons if you missed it the first time around.