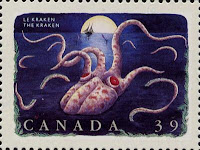 A few weeks back, just before I began (and I still need to finish) some modifications on the Arcana Creations online site, I mentioned that I was looking at doing some Reselling.  John from BHP thought this was a great idea, and a means for my fellow Canadians to possibly get some of his product that some people have had trouble getting otherwise.

The postal service just sucks for some people and, the case in point, a couple of incidents which have happened to me is cause for concern for stuff I've been ordering lately.  I won't go into much details but one package headed my way was a box of BHP goods and it should have arrived at the latest just over a week ago. I pretty much figured out this evening that the postal carrier responsible for parcel delivery is not doing their job.  They can't just drop the package but if there is no one home, they are supposed to leave a card in the mail slot notifying of the person in question to pick up the package at the local Post Office branch.

I guess I should be thankful that the Post Office branch sent me a FINAL NOTICE advising me to pick up the package before they ship it back to the Sender. Last week, I had a different package and, despite the address being clearly indicated, the card was just left in the lobby of the apartment building as opposed in my mail box.

The good news is that package was picked up and intact!  I will be filing an official complaint for these two recent problems since I have a number of other packages headed my way (DAMN YOU KICKSTARTER!)

Now that I have multiple copies of a few things, I do need to finish up some of the research I was doing in order to attempt the 'Reseller Experiment'.  Shipping is never cheap but it needn't be too expensive either and I have a variety of things which I would like to move.  The BHP package had a couple of neat things -- copies of both the classic Larm release for LL as well as copies of the newer single volume edition of X-Plorers.  Naturally I have a select number of AC products as well and there are a miscellaneous bunch of previously enjoyed gaming material which need new homes.  However, this isn't a full time gig so when I do have that section of the site up an running, it won't have an exhaustive listing of goods but rather a selection which will rotate every few weeks.

For newer items, I was toying with offering the product at a 33% discount off cover price since the intent is to offer those items and keep something as simple as $10 for the first item and $5 per additional item afterwards.  I don't know how well that would work in the long run when factoring in all costs and, depending on the item, I could lose a bit of money as far as shipping is concerned.  However, if the rest of the numbers I end up crunching it might workout.  Something like the Village of Larm has a MSRP of $12.95 would work out to being $8.68 plus shipping.  If I decided to do the shipping as I outlined above, it would cost $10 on top of that for a total of $18.68 which isn't so bad if you consider the original MSRP.  Savings work out nicely for multiple items though so it does make sense for the buyer to consider buying a couple of items as opposed to just one.

Ultimately, we'll have to see how well this all works out before I finalize any pricing options I'm considering -- especially when I start factoring in other concerns (like envelopes and boxes to ship this stuff in).