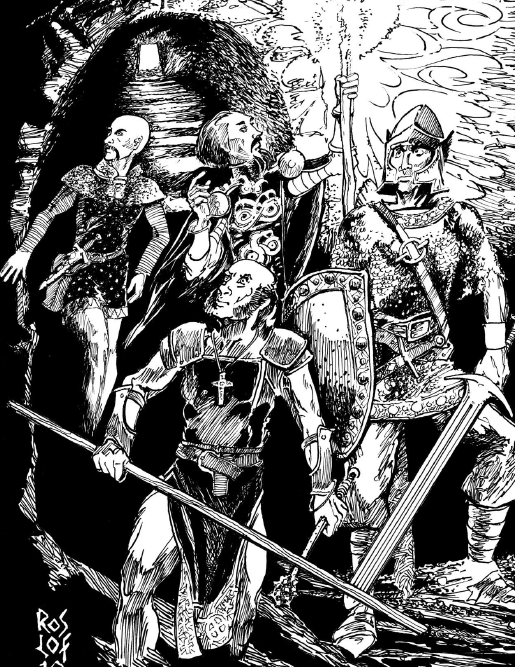 Before I added this to the regular list of clearance items I have listed on the blog (HERE), I thought I'd highlight this first ... for Sale is pretty much the entirety of the d20 run of Goodman Games Dungeon Crawl Classics modules.  I saw pretty much since it covers all the regular releases but there are a couple of the more elusive 'x.5' modules which are not part of the set.  One that immediately comes to mind is DCC 3.5, "The Haunted Lighthouse".  Here is the list and note that I am trying to sell these as a set *but* am willing to break up the set in a very specific manner (more about this after the list):

I should not that 9 of these modules are part of the two box set compilations that Goodman Games released.  These modules were simply repackaged in this manner and there is nothing to distinguish these from those that were sold separately.

Anyway, it's a lot of material ... so much that it would probably HAVE to ship in two boxes.  Shipping in North America for the size and weight of this material is ALSO costly.  Let me clearly state that the cost to ship all of this (in two boxes) will cost me over $100.  So, how much am I asking for?  Originally I priced all of this INCLUDING shipping for a total of $450 (or in other words the value of the books themselves are in the $300-350 range).

That's a huge chunk of change EVEN if it is a fraction of what these originally cost.  DCC 35 alone is sought after and I have seen it sell for $150 (though personally, I find that ridiculous).  Some of you may even have some of these which make the investment less than appealing and I realize that is the big problems with trying to bundle sales.  There are some items that also hold some value to me as well.  With this in mind I offer two options.

Option A) You get the majority of the set.  Excluded are DCC 29, DCC 35, DCC 39, DCC 48, DCC 51 and 51.5.  In other words the two hardbacks, the DCC screen, and the two significant box sets are not part of this option.  The value of this option drops considerably as a result and the total (with shipping) I'm asking for is $225.00.  That's half the price of the complete lot with included shipping.

NOTE: If a buyer accepts this option by midnight on Wednesday (EST), I will let this go for $180.

Option B) DCC 35 added back in for an additional $60 more.  Attempts will be made to ship it in the same box as the rest of the stuff though there is a chance it could ship separately if I can't find something big and sturdy enough.

Option C) The whole lot *but* by committing to buying by midnight on Wednesday (EST), the entire lot can be yours for $350.

Honestly, I think it's a pretty good deal though I will have to restrict this to Canada and the continental USA. If you live abroad and are interested, feel free to contact me and we can look at the possibility.  I will accept Paypal only for this and I can be reached at:

Feel free to ask any questions or email me to accept any one of these options.  Payment and address confirmation will be handled subsequently.