This week's post is an Early Edition just before we fall into the holiday weekend for Canada Day.  With Chaosium's Kickstarter for the 7th edition of Call of Cthulhu now coming to an end (28 hours left as I write this post), I decided to reflect and muse about this fine game.  Now Chaosium has a wonderful and fascinating history which has had more that a fair share of ups and downs.  The company was behind other notable games such as Rune Quest, Stormbringer, and Pendragon.  These would ultimately be eclipsed by their Call of Cthulhu game.

I first came across and played Call of Cthulhu with 5th Edition which features my favorite piece of cover art for the game.  I immediately took to the game though some of my friends didn't quite know what to make of it -- we were primarily fantasy gamers and focused on all things D&D.  The first adventure which was kind of a beginner scenario still saw at one character completely lose his nerve and panic (failed a crucial sanity roll) and one death.  It was a blast.  It was also do to my exposure to this game that I soon discovered the writings of H.P. Lovecraft though I'm sure that would have only been a matter of time anyway.  In any event, I started reading Lovecraft at 17 in part because of the game which was a stark contrast to the Tolkien I had read a couple of years prior.

While some of my friends didn't continue, I persisted in the role of a few investigators I had created and one of the lasting fond memories of this game happened with the 'Horror on the Orient Express'.  So fond I was of these memories that I immediately backed Chaosium's Kickstarter to produce a new and revised version of this campaign box set initially produced in 1991.  We never did finish the campaign but the character in question proved to be very lucky.  He was a shutterbug (a photographer) who had seen a glimpse of the actual world around him and was determined to capture it in black and white.

The system is a percentile based system and is heavily skill based in contrast to a level/class based games like D&D.  It is very easy to create a character and easy to play.

Though I love the game very much and enjoy the system for what it is (aka the Basic Role Playing system), it sits relatively untouched on my shelf.  I never bought too much material for it as a result though I did get a copy of the Complete Dreamlands for the game.  I've also acquired other Chaosium games including Rune Quest, Pendragon, Stormbringer, Nephilim, and of course the BRP book that came out a few years ago.  I figured the new Horror on the Orient Express would be a fine addition.  The interesting thing was that, at the time (almost a year ago), they were already talking about the newest edition of Call of Cthulhu and compatibility with this revised boxed set.

The neat thing with the game is that the editions are pretty much all compatible with each other -- it's part of the reason I never bothered to 'upgrade' my Call of Cthulhu rulebook.  There was no real need for it.  Chaosium did decide to do a Kickstarter for this new edition at the end of May so I kept my eye on it.  I backed it very recently due to the sheer quality of the work being put into the new books as well as the many additional benefits that were being thrown in.  I also heard about a couple of the new interesting rules for the game so, being a fan and even if I don't have a chance much to play, I decided I would regret not doing so.

So, if you are at least curious, go check out their Kickstarter campaign HERE before time runs out. 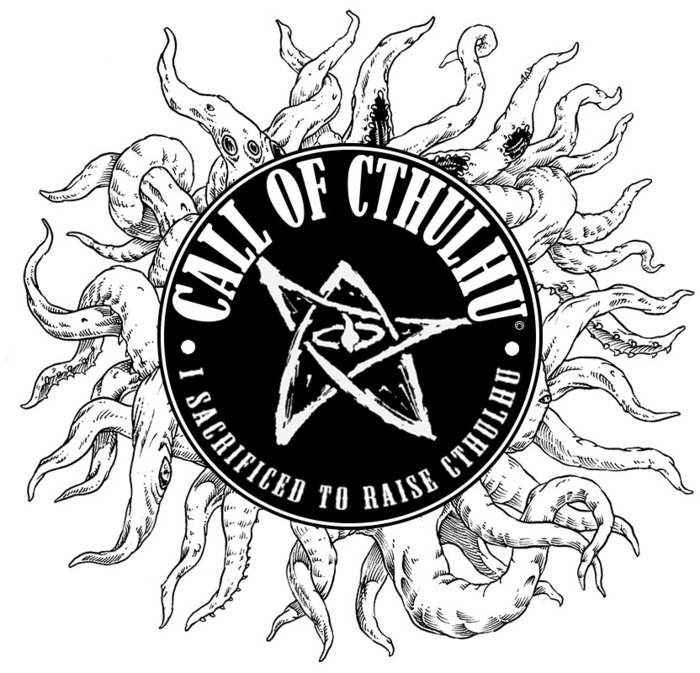