Censorship and the OBS 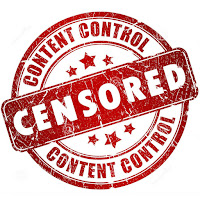 Since I've starting blogging here on the 'Under Siege' blog, I have rarely delved into the issues of censorship much.  With the recent news about OneBookShelf's "Offensive Content Policy" (which can be reviewed HERE), some publishers who distribute through them (being sites like RPGNow and Drivethru) have started to speak out and, in some cases, freak out a bit.

However, what will harm OBS more?  Potential loss of customers who are offended by a single title out of hundreds?  Or the loss of a successful publisher who delivers 'edgy content' intended for a mature audience because some of these titles could get flagged and removed?

Let's be pragmatic about this for a moment.  You, the customer, see something that makes you really uncomfortable.  You've bought dozens of PDFs in the past year and even more since you started using the service.  Do you really think you can see something that offends you so much as to want to avoid browsing through their constantly updated digital catalog?  Let's say that you do.  Where would you get your PDF fix if not using OBS.  A handful of other places offer options though these tend to be straight from the publisher themselves.  If they are truly a small publisher, they may not have their own setup for PDF distribution.

But if you ARE a regular user of their services, I seriously doubt you would stop using them.  You just won't buy from or support that one publisher that put out that offensive crap and move on with your life.

Publishers have a bit more of a moral obligation but, only up to a small point.  There is something to be said about freedom of expression though art and written word as well as context.  The Lamentations of the Flame Princess material is brilliant and well put together and definitely intended for a mature audience.  I can imagine that some people not knowing any better *could* be offended by some of that material.

I am not one of them.

A few years ago, Geoffrey McKinney released 'Carcosa' which was intended as an OD&D supplement.  Comments and opinions were split and extreme.  Some gamers considered the work 'filth' where as others appreciated the Lovecraft / Chambers angle.  I immediately ordered it.  A 'censored' version was released to appease certain elements in the community (or at least, that is how I saw it) and, at some point later, an expanded second edition was released by Lamentations of the Flame Princess.  The book has done very well and this is just one of their titles that might be deemed 'controversial'.  I have a few of them.

No matter how this ends up working out with OBS now, I doubt there is any cause for concern.  The material is very popular and the nature of the material is clearly stated and these are factors that a sensible business wont' be able to ignore.  Anyone who flags the content as being a problem would likely be going out of their way to target these products in this matter but I'm sure OBS is aware that too.  How OBS decides to react to these situations as they arise will be very important.

I don't like the idea of a single and final say by one man but judgement by committee isn't much of a solution either.  I admire that they don't want to specifically itemize what is objectionable but I'm equally convinced that a small measure of commonsense all around will be needed going forward.  At the end of the day, the loss of a couple of customers is less damaging than the loss of successful and contributing sales.

What if Lamentations of the Flame Princess is forced to pull their catalog.  What if other publishers decide to pull away from OBS because of this perceived censorship.  Frankly, that doesn't seem to be as much of a problem as some publishers have made it to be.  If these items are in demand, people will seek them out and follow.  And really... if there is a need for a new alternative to OBS, maybe this is a chance for a new one to stake their claim and rise up as a competitor. 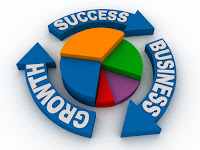 Because, in the end, this isn't really about censorship.  It's just business as usual.