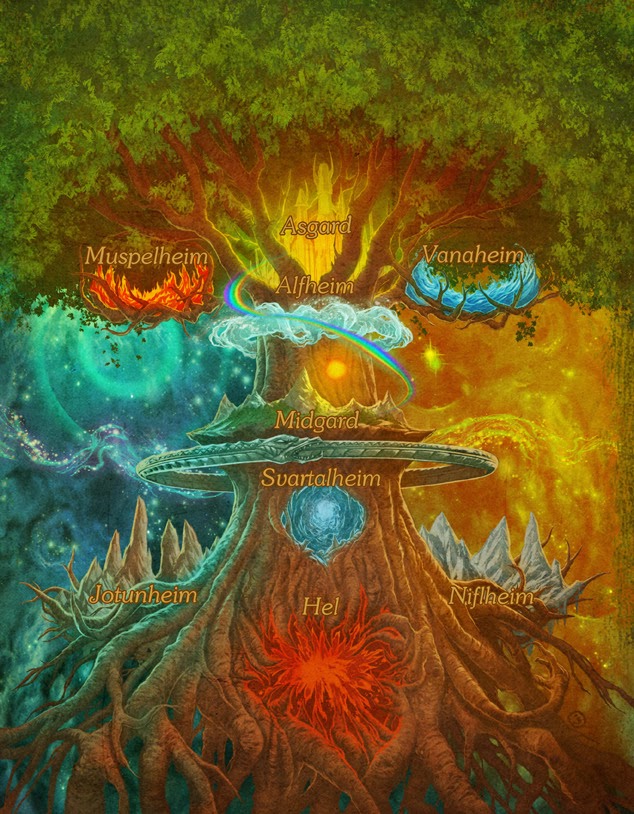 Less than two weeks to go for Troll Lord Games' Codex Nordica Kickstarter.  I've already written a bit about it HERE and here is where the fund raising campaign now stands.

The project is fully funded and a number of stretch goals have already been unlocked.  Mostly, this means the possibility of extra swag for you hard won money.

$30 pledge gets you the PDF and the hardcover.  Admittedly, not as great as other pledge levels but great option if you want both and don't care for extras OR trying to save a bit of cash.

$49 pledge is a nice little gem since you benefit from the stretch goals at this level.  Hardcover, PDF, an exclusive adventure, a beautiful poster of the nine worlds, and a PDF terrain set of a Viking Longhouse by Fat Dragon Games (if you like paper modeling).  However, because of the stretch goals unlocked this level and higher gets an additional two adventure modules as well as a set of wooden runes (24 rune set presumably based on the Elder Futhark).  At $49, we are looking at some decent value here.


There are more stretch goals to be unlocked though.  The one in progress (about $1500 away short of the goal at the point this was written) would represent a third additional adventure module at the $49 level.

What about the higher levels?

Well, if you don't have a Player's handbook, you can get in on the $69 pledge level which has all the benefits of the $49 level but adds a PHB -- a $10 saving considering the regular PHB price.

However, the crown of the Kickstarter is a slightly steeper $125 level.  Same benefits as the $49 level but with a couple of differences.  One is that there is an extra copy of the Codex Nordica which happens to be leather bound.  As you can in the picture below, the Codex Celtarum had a similar option and the book looks great (though the picture really doesn't do it justice).  The other difference, should the present stretch goal be met, is that instead of gaining an additional third adventure module, you get a hardcover book of your choice (the CKG is prohibited from this selection).


What excites me is the prospect of what has been hinted. 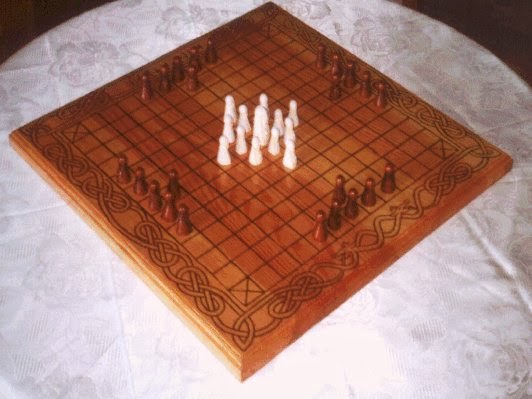 I have read somewhere that one of the stretch goals could be a printed copy of the Storyteller's Thesaurus -- a book I would *love* to have on my bookshelf.  I wrote a review about it HERE.

However, there is word about a producing a game that vikings played.  I'm hoping they mean Hnefatafl because that would be awesome!

The Vikings oft-times struggled against harsher conditions and odds.  They seldom faltered.