Well, yesterdays 'Codex Nordica' Kickstarter was a great success.  Not Reaper-level bones kind of success but a success none-the-less with just over $22,000 raised compared to the initial $4000 objective.  With the kind of swag, books, and modules and with some of the faithful online to exchange messages back and forth wishing to witness the final hours of this crowdfunding effort, there was the usual kind of banter.

Some were relative new comers to the game and had questions like, 'What other books would you recommend', or 'What modules should I get'...  When these sort of questions come up, I usually answer with 2-3 of my favorites depending on what sort of thing they are looking for.  When I thought about it further, and given the current modules I am running now in my campaign, I have come to dislike one key aspect of the classic dungeon crawl... Mapping.

As a PC gamer playing something like the old PC classics like 'Eye of the Beholder', 'Bard's Tale', and 'Wizardry', I remember painstakingly mapping the various mazes and dungeons on graph paper.  Hell, my original Wizardry game came with a graph pad for that very purpose!  And I enjoyed it.  I was also annoyed and challenged when I ended up walking through teleporters or stepped on a spot that randomly spun me in around.

It was a rare treat to find myself as a player in a classic D&D or AD&D campaign but those few times that I was, I can honestly say that we didn't do dungeon crawls.  I started at the beginnings of the Second Edition era of the game so I never played in any of the old classics.  Usually, what was played was homebrew kind of stuff.and not published adventures.  Years later, when I would find myself on the opposite side of a DM's screen again, I was playing in a 3.x game which meant, battle grids were all the rage, maps seemed to be smaller with fewer rooms, but this was offset by encounters that would take forever (even if we weren't discussing issues of grapple and other feats and rulings).  Thankfully I came to C&C shortly thereafter to leave some of those nightmares behind me.  In truth, it wasn't so much of the system, but some the fellow players we had to endure.

On the other hand, there were all the various times that I ran something and my style has shifted to better adapt myself to the players I had to contend with.  I have tried several methods and have avoided certain situations.  For instance, I am loathe to run any sort of megadungeon if only because of a level of complexity that I just don't want to deal with when it comes to the map itself.  When it came to dungeons, I have in the past:


I find none of these situations adequate as they each have their problems.  The first solution is very precise way to go about it without having to draw the map for the players themselves.  It is certainly to lengthen the time to play and, likely not very enjoyable.  The second one is a common one that many people do but, when I run a game, I find it tiresome to have to stop what I was doing to draw a map before I can go on with my narrative.  The third was cool when I tried it but it is time consuming and can eat up ink or toner, and paper for something you may not readily use again.  Also covering up what hasn't been seen is a pain and cutting it up before hand has it's own issues.  The last method is what I call the lazy way and it only really works in the smallest of dungeons. 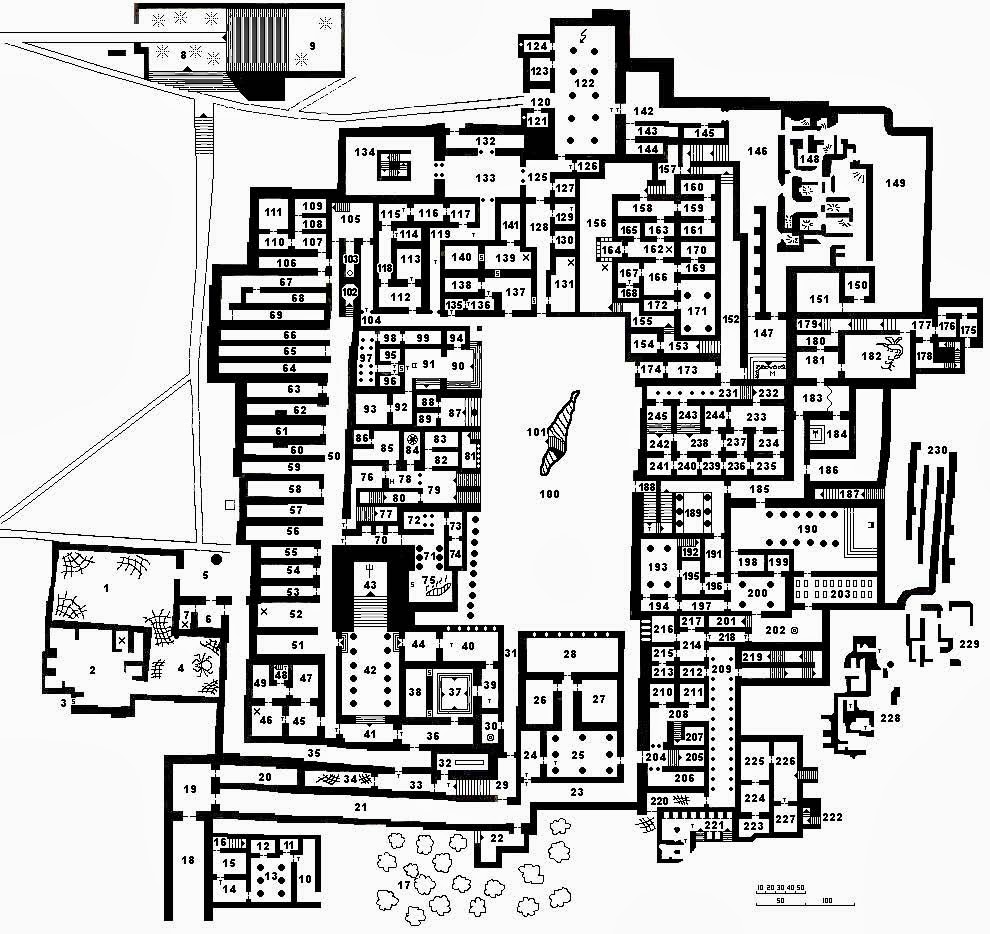 Obviously it isn't and shouldn't be the end of the world.  Some ways work better for some people and it really depends on the nature of your group.  Tiles are an excellent way around this issue as you can build as you go along and then, that is that.  Nice tiles (like Dwarven Forge) are visually appealing and work nicely with miniatures.  Of course, there are much less expensive options like cardstock.  A vinyl mat is a good solution BUT not practical for large complexes plus, having to erase and redraw can be a pain.  The advantage here would be to plan you map to fit and work from one end (entry) to the other.  Unfortunately, multiple levels can make this problematic as well.

So, what's the solution?  I honestly don't know but it probably depends on you and your players. 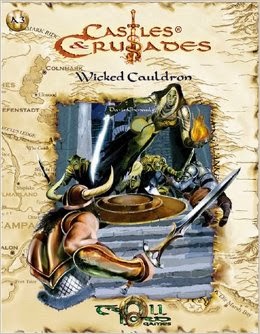 Right now, I am running 'A3 - The Wicked Cauldron' which features a ziggurat.  I really dislike the maps as I find certain things about them are unclear.  The first couple of levels (the top of the ziggurat)  are small and I went with basic description.  No mapping was needed but, the lower and larger levels do need a bit more and it resulted me in drawing the map for the players (and contending with a source map I wasn't happy with).  For one larger encounter, this resulted in action happening in two sections of the level which necessitated drawing part of the level on the battle grid (vinyl chessex gridmap).  While it took a bit of doing thanks to the party almost killing itself as it split off in combat to have both halves end up in their own respective encounters, it also became very clear that my present group of players preferred this level of detail done ahead of time for them.

Taking this into account, I think I will do one of two things for the next game.

Knowing what the party is likely to explore next, I think I will simply give the player the map.  It will be unmarked as it is unexplored with no indications of secret passages.  However, the will clearly see what appears to be available.  This map will be in 'chunks' or quadrants and will only be given to them as they reach and begin explore that section of the map.  That way, they won't have a fun picture till they have gone everywhere.

The other thing I could do is pull out a set of plastic tiles (with magnets) that I got from an old game that basically failed.  The tiles bond together and I can just remake the area the party finds themselves in  I don't know how well this will work but if it works well, I may have try more along these lines.

Of course, it also occurs to me that others may have better ideas. How do you handle your mapping woes?