A week ago, I received three notifications with 24 hours of each other and they were all telling me that three crowdfunding projects were shipping my way.  I have received my Barrowmaze stuff, my Rappan Athuk stuff, and today I have received my softcover copy of 'A Curious Volume of Forgotten Lore': 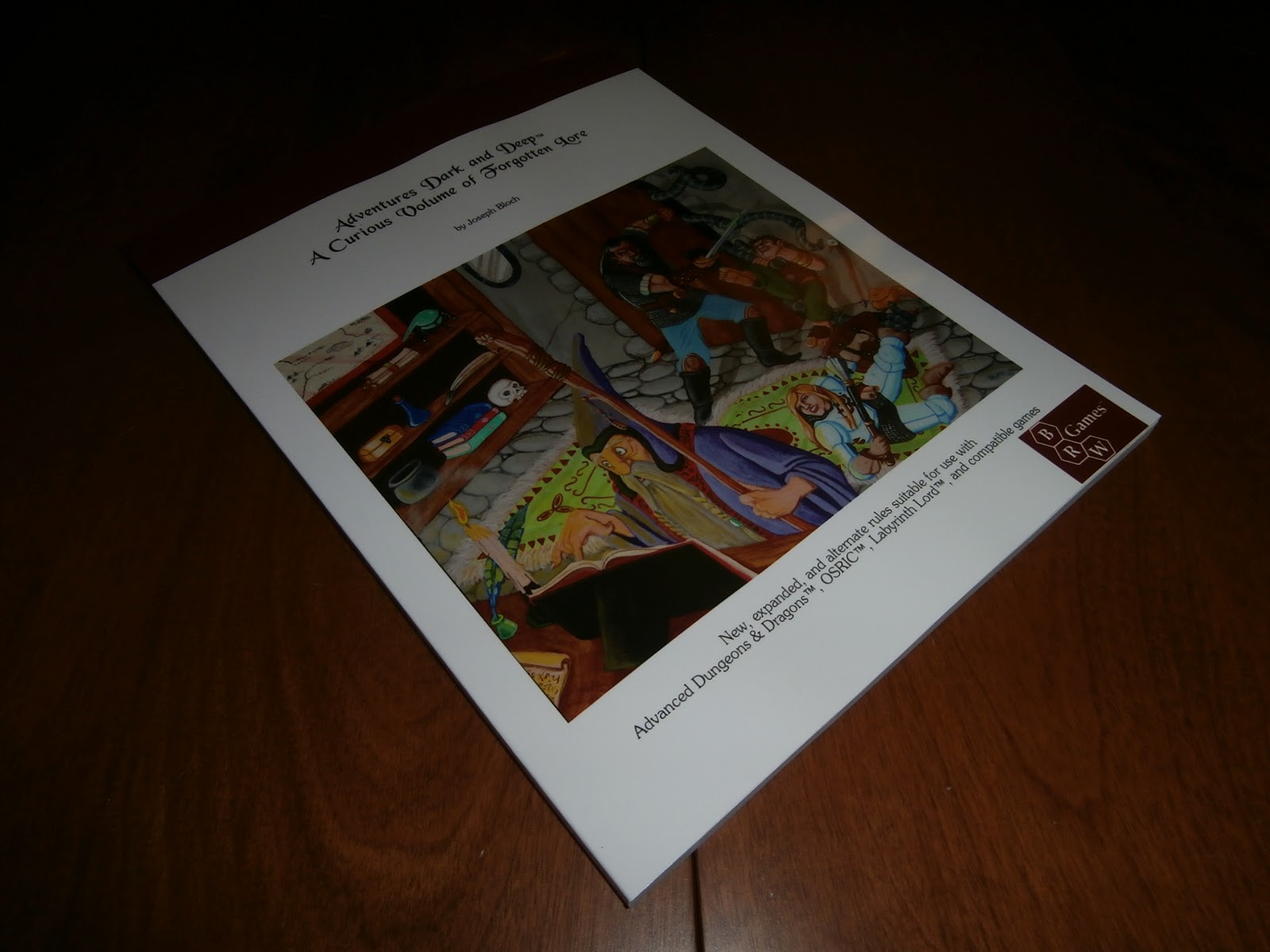 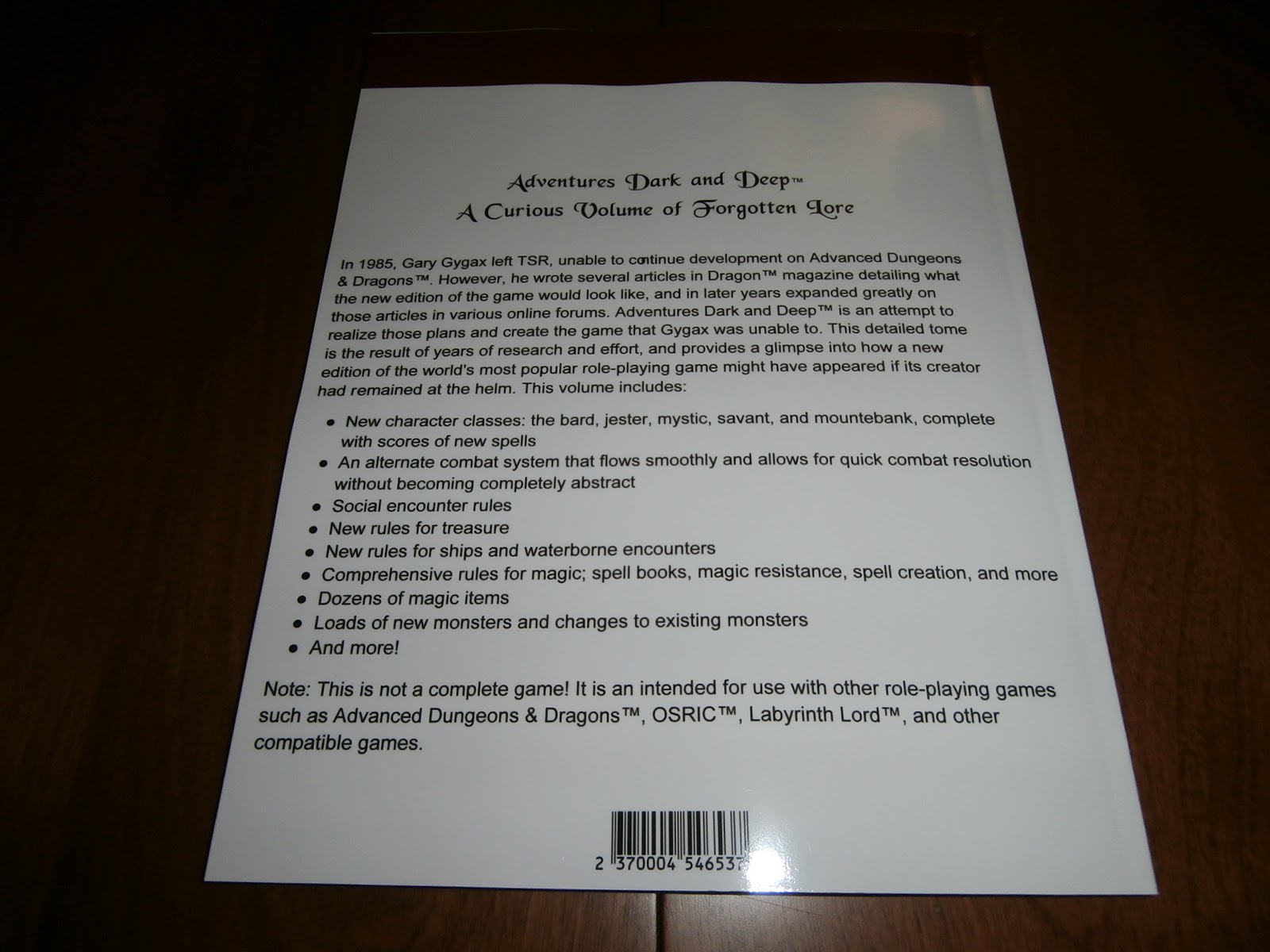 Flipping through the book, I have to admit that the print version does look very nice -- it kind has a better look on paper since you are less apt to notice the white space issues I suggested in my first review of the product.  Part of my wishes I had a hardcover version but not at the prices I would have had to pay for it.

I'm equally pleased that an error I had pointed out is corrected in the print version of the book but am very perplexed why the latest version of the file on the site still exhibits the error.  Just to be sure, I re-downloaded the file on RPGNow! and, sure enough, it still reads as 'uncorrected'.  I am very happy that the correction made it in the physical copy though.

But it is curious...

I have no idea if others have this issue or not but, for those of you which may have opted for a PDF only, the text on page 69 providing the definition of a 'Septagram' has been changed to read "The seven-pointed star" instead of the "The six-pointed star".

If you left the definition unchanged, it would be properly called a Hexagram which, according to folklore would have been appropriate.  The Hexagram, or Star of David as it is widely known, has been described of being used by Solomon to create a lead seal imprisoning demons (evil djinn)
in a copper vessel.

That does not mean that a septagram is any less symbolic -- the folklore and meanings are just a bit different.  One of the frequent associations of a septagram has to do with the '7 traditional planets' from occult lore / natural philosophy (Sun, Moon, Mars, Mercury, Jupiter, Venus, and Saturn).

In any event, I am quite satisfied with the book.

One final curiosity: For those of you who are also have the book coming to Canada, I found it interesting that my book was printed / bound and shipped from the UK as opposed to the US.