The End of the Month and Domesday 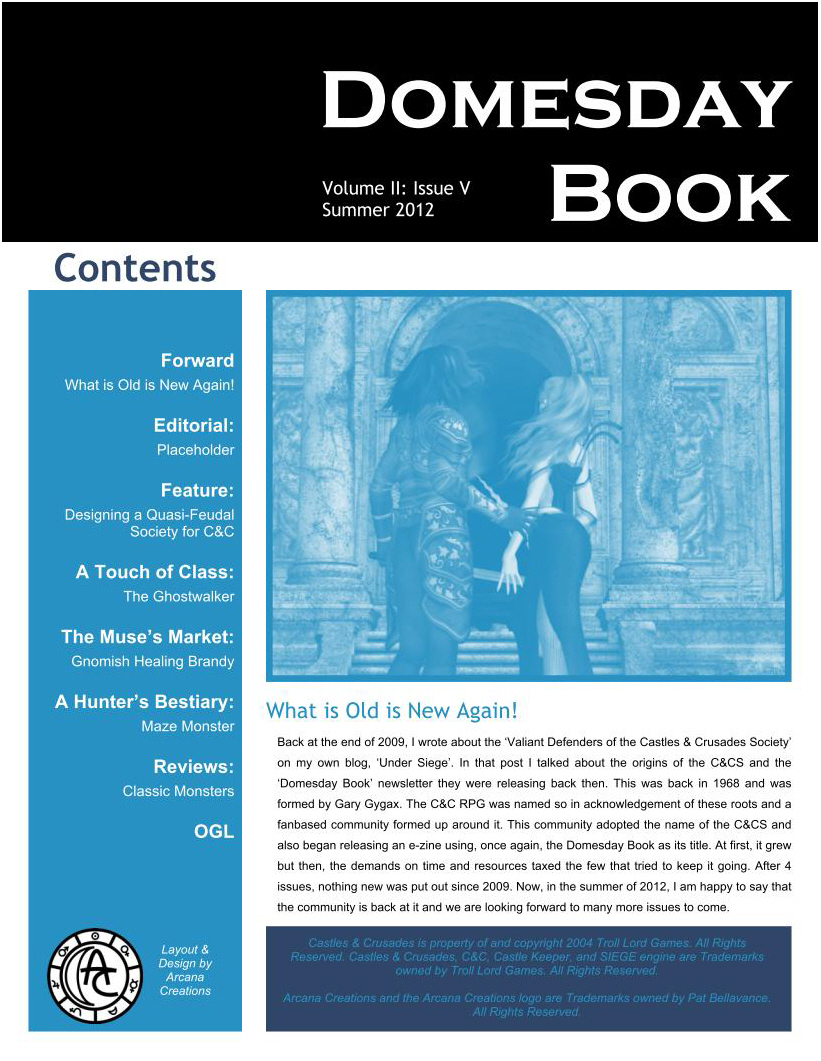 The end of the month approaches and I still a lot of things that haven't been checked off my to-do list yet.  So what am I up to these days once my 9-5 responsibilities are done?

Aside from friends and family related obligations, I try to sneak in a bit of painting here and there -- no where near as much as I would like.  I count myself lucky if I can 'steal away' an hour or two a week.  The starting shots I took of the group of minis a few weeks ago haven't advanced too much beyond those.  The orcs are primed but have had nothing done to them since those pictures were taken.  The goblins have received some base-coat colors and washes and, overall, are about half-way done.  I have also taken to paint a single miniature for a game I play in -- a friend is using a D&D pre-painted mini to represent his character.  He didn't like the colors used for the miniature's robes so I am re-painting it.  This mini got a coat of black primer last night when I took a few minutes to do it before I went to bed.

Of the little time I get to do some work for Arcana Creations material, the most of it these days have been dedicated to the newest issue of Domesday which should be released at the start of next week just before Halloween.  This will likely be a Tuesday release and I look to finish he majority of the work this weekend.  Truthfully, I had hoped to have the layout done a couple of days ago but there never seems to be enough time in the day.  Regardless, it needs to get done and I hope to get most of it wrapped up before the weekend hits anyway.

If you want to get an idea to see what the Domesday is about, you can download the last issue HERE.  This is the summer issue and includes the first part of a four part series on a 'Quasi-Feudal Society for your C&C Game'.  I think the Domesday is starting to get a bit of traction and, as a free offering, the more interest it gets may very well mean the more contributions we will receive.  Since I took on the responsibilities that go into producing the Domesday as of last issue, quality has been one of the most important considerations.  After the release of next week's 'Fall' issue, I have committed Arcana Creations to do two more and at the end of that, a compilation edition will be released and available as a POD product.

As for the two Castles & Crusades modules being worked on -- they are still being worked on.  The second manuscript has been turned back to me from the editor and it is now at the beginning of the layout phase.  The first one is nearing completion of the layout phase.  However, that pretty much was the situation the last time I offered an update on these scenarios.  I still have to commission the art and the reason I haven't done so has more to do with budgetary restrictions.  Time is running out though and I may have to dig a bit deeper if either of these is to see a release before the holiday season.

And that's about it... I am starting the Rappan Athuk campaign next weekend and I look forward to sharing the exploits and defeats of the brave and foolish adventurers for those who read the blog.