Kickstart This: Masks of Nyarlathotep Companion 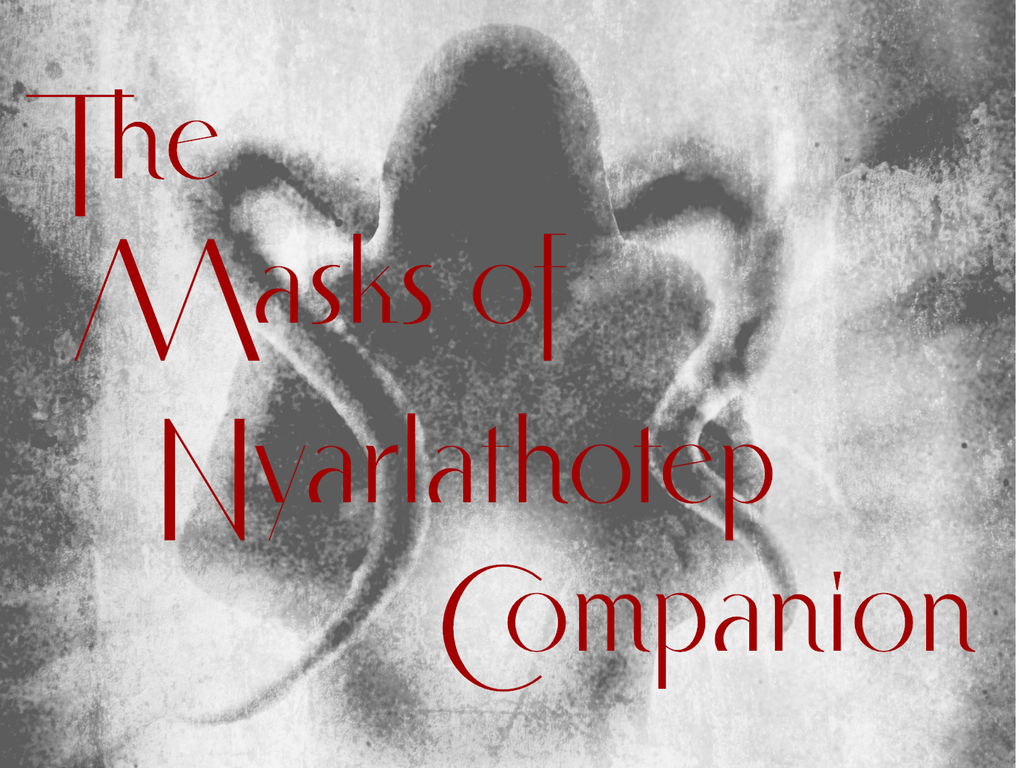 While I am backing and supporting Troll Lord Game's latest Kickstarter for Victorious, there is another intriguing crowdfunding campaign that I wanted to highlight.  I stumbled upon it accidentally and I'm glad I did.

The Masks of Nyarlathotep Companion is essentially a supplement for Call of Cthulhu -- in particular, the Masks of Nyarlathotep campaign which was originally released back in 1984.  For fans of the game, this campaign is heralded as one of the finest adventure campaigns that Chaosium published.  While admiring the new and revamped Horror on the Orient Express boxed set at GenCon this past summer, I was fortunate to see the limited hardcover edition of the 2010 printing of the book.  I snatched it up along with the two Achtung Cthulhu rulebooks I had been eyeing as well.

Masks of Nyralathotep is a bit of a monster of a campaign which takes you across the globe in a series of connected scenarios much in the way that Horror on the Orient Express plays.  There is a lot of flexibility, potential for side-adventures, many NPCs and the lot of it makes for a very complex and challenging campaign.  It's complicated enough that a Game Master will need to do sufficient prep to pull it off and the 'net is full of tales of woe and cautionary tales on running this campaign.  However, running it successfully is very rewarding which is why many consider Masks of Nyralathotep so great.

Fortunately, after considerable time and effort, Yog-Sothoth.com has assembled a Companion volume to this venerable campaign.  At 600 pages, this book is two to three times longer than the campaign itself (depending on the edition)!  Many fans of the recent Horror on the Orient Express campaign had wanted to see a similar revised and expanded treatment done to the Masks of Nyralathotep.  I feel that it's safe to say that this Companion combined with the campaign basically achieves the same.

The book itself is impressive and I've seen the material.  Even if you don't plan on running the campaign, there is still plenty of resource material in this book to consider the investment.  If you would like to know more about the campaign, you can find information and the Kickstarter HERE.  Prices are in British Pounds so, it might seem pricey when you factor in the conversion and shipping but remember -- it is a 600 page book!  It is also something I look forward to having on my bookshelf.