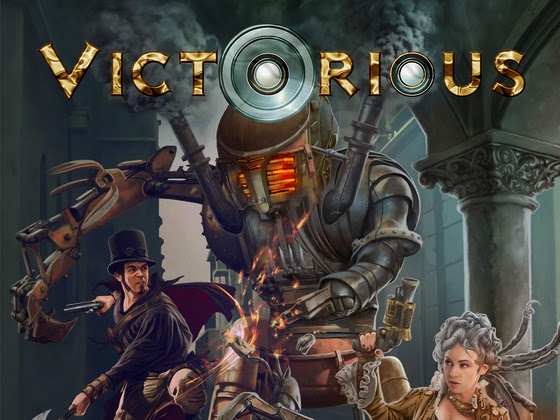 Troll Lord Games has launched a new Kickstarter a few days ago for 'Victorious' -- a game set in the last half of the 19th century.  Like Amazing Adventures, this is its own game but remains compatible to Castles & Crusades and other Siege Engine games.  For those who have enjoyed the recent television series, "Penny Dreadful" or were a fan of Alan Moore's "League of Extraordinary Gentlemen", or simply loved some of the literature of the period such as the venerable Sherlock Holmes mysteries by Arthur Conan Doyle, they will find many things to like with the new game.

I have a history with this game and readers who have followed the development of this project and Arcana Creations will know that I was a brief custodian at one point.  While things ultimately didn't work out back then, I was always a supporter of the game and saw the tremendous potential with it.  While I am not aware of any significant changes with the system since I last looked at the material and now, I feel that it is safe to say that many of the core concepts in place have not changed.  With games like Amazing Adventures and Castles & Crusades being more of a class/level based game, it was immediately refreshing to realize that Victorious leaned towards being more of a skill based game while remaining tied to a leveling mechanic.  In short, you don't pick a 'class' but your essentially create it (your character) from scratch.

When Castles & Crusades was launched a decade ago, Troll Lord Games was also publishing other materials.  They had, up to that point, been supporting the d20 movement by offering great third party supplements, and along with it, material for Lejendary Adventures which was part of the Gygax catalog of stuff they were doing.  With the success of C&C and the underlying mechanic at the core of the system, capitalizing on it and expanding the Siege brand was a very natural step.  One of the first attempts to grow the game outside of the Fantasy genre was, Star Siege: Event Horizon.  I mention this because, there too there was an attempt to move away from the archetypal, class-based level mechanic and focus on a skill based one instead.  Unfortunately, the Star Siege boxed set proved to be less of a game than a toolkit to create your preferred sci-fi game.  While well-designed, execution as a product was criticized by many as a misstep.  Other attempts were very mixed such as Tainted Lands arriving a year later and Harvesters a year after that.  Both Tainted Lands and Harvesters suffer from trying to be both their own games but sticking too close to C&C making both seem more like supplements than standalone products.  Arguably, they both contain enough bare-bones material to be used by themselves but I have yet to meet someone who did.

Fortunately, during this time, C&C itself continued to grow albeit slowly at first.  Something amazing happened in 2012 with the release of Amazing Adventures.  In some ways, Amazing Adventures played it safe -- it was entirely compatible with C&C but it had it's own identity.  As a pulp adventure game, few games of the genre embraced the class-based level mechanic the way that D&D (and C&C) employed.  A lot of the more popular games for the genre tended to focus towards skill-based character builds as opposed to archetypal ones.  While it heavily borrowed from C&C's playbook, it wasn't just a game with the serial-numbers filed off.  It brought more customization of the characters, new rules, and new ways of doing things.  For fans of both games, it gave a broader toolkit that could be used for either system with ease.  Some fans welcomed this and some didn't take to the original, and decidedly more abstract concepts for character creation in Star Siege.

The point is, the approach was hugely successful and a necessary step for Troll Lord Games.  TLG finally branched out and created a new line that was proving to be successful and popular.  Much so that, when they moved to a second printing, they expanded the line from one book to three books late last year.  Well, more like expanding... the kickstarter campaign ended successfully in the Fall and thus far the first two books have been released to backers via PDF so there is more to come.

Victorious on the other hand has it's origins possibly dating as far back as Star Siege.  Development for Star Siege started as far back as 2006 with 'beta' play-testing happening in 2008.  Brave Halfling Publishing and Arcana Creations were approached with Victorious in 2009  at a point when Troll Lord Games were not ready to proceed with Victorious themselves.  Back then, the framework of the game had already been worked out and I had created a character and played a session and the material was fantastic.  Victorious has effectively been demoed and play-tested since.  As I indicated before, I had nothing but good intentions and had even over enthusiastically committed to a 2010 release.  Anyone who has a copy of the 'Secret of Ronan Skerry' (not the earlier digest version but the version that went into retail distribution) will see the proud ad in the back of the module.  It just didn't work out but I'm glad that Mike Stewart persevered with his game. 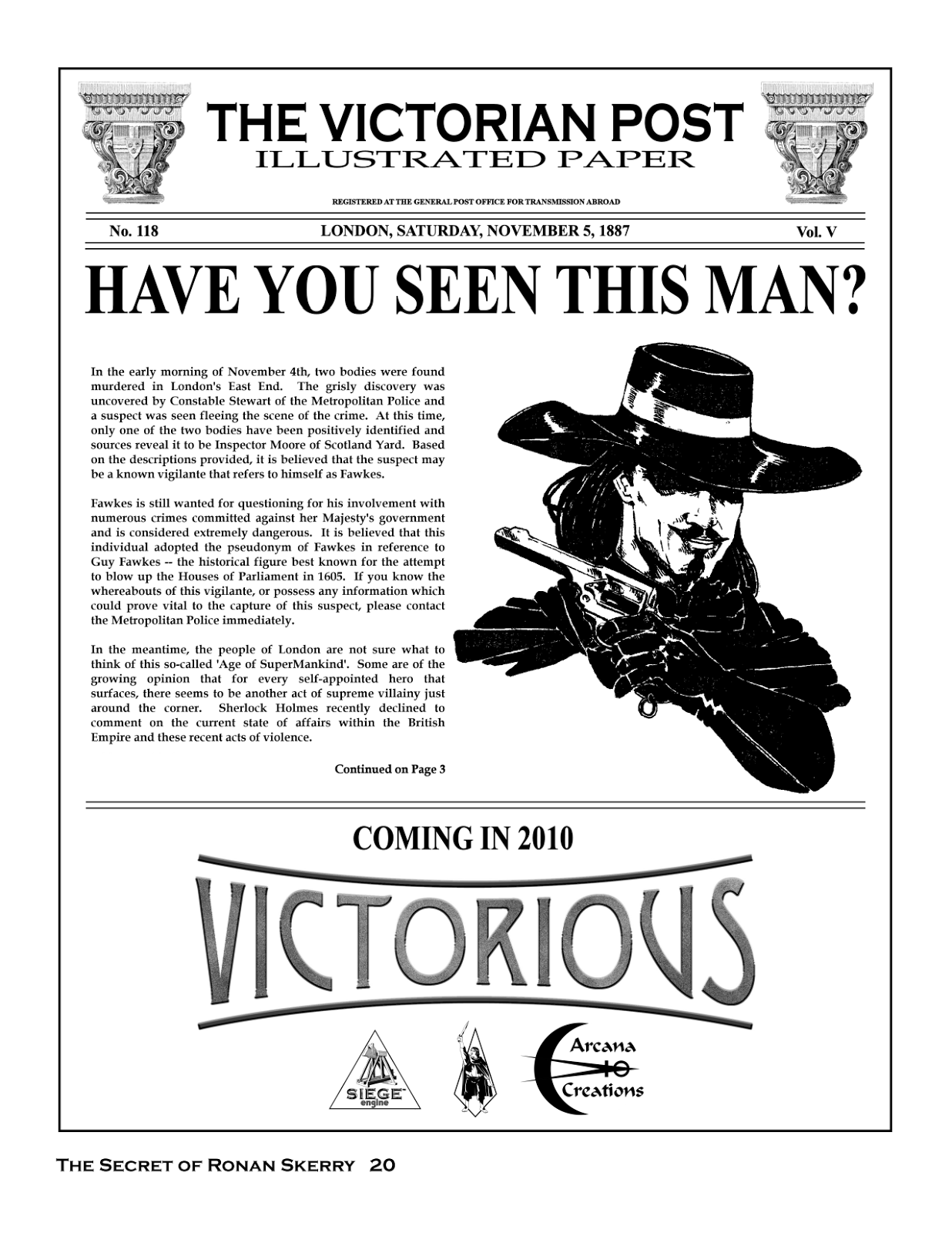 It's worth looking at the Quickstart (which you can find HERE) but, when you do, understand it isn't an official release from Troll Lord Games and some material could change by the time the game is finally released.

Judging by the Quickstart, you will have a system that, not only follows the general mechanics of play found in C&C, but goes a bit further with skills and powers.  There is no defined class so, Victorious is the closest at creating creating a level-based gaming experience that doesn't rely on pre-made character classes to choose from.  While developmentally speaking, it doesn't follow Amazing Adventures, for fans of the Siege Engine, it will appear that it builds upon it since, Victorious in many ways will give an even greater flexibility in the emerging family of Siege Engine games which is proving to be successful for Troll Lord Games in its 15th year of operation.

For more information on Victorious and the current Kickstarter, you can check out the Facebook page HERE, and the fundraising campaign which has completely busted their initial goals HERE.

EDIT -- Also, feel free to check out the Google Plus Community for Victorious and join if you are so inclined (HERE)