Well, after nearly a years since his last update, Tom Ryan of the defunct New Haven Games has provided an update.  The problem is, the community of backers is just out of good will.  I find it ironic that I wrote about the Players Guide (with the PDF in hand) back in 2012 and mentioned the dangers of stretch goals and using the Kickstarter as a platform.  I had very erroneously concluded that New Haven Games would be fine and soon launch the Games Master Guide funding campaign.  Well, I was half right...  (You can read my original post HERE)

Extremely few people have received their rewards from the first Kickstarter and the second is in a much worse condition.  Rightfully earning the ire of backers, Tom Ryan provided an update in April of 2014 (the only update that year).  He vowed to set things right and, being very open, many backers were moved and supportive.  I made a comment myself with a willingness to 'cut my losses' and request only the physical Player's Guide and write off a the physical copy of the GM's Guide and the shipping I paid for.  Others made similar offers.  He in turn was going to set up an email address and deal with these orders on an individual basis.  I thought it was a win-win.  I didn't end up with next to nothing given what I paid for, and it also eases up on the pressure on his end. 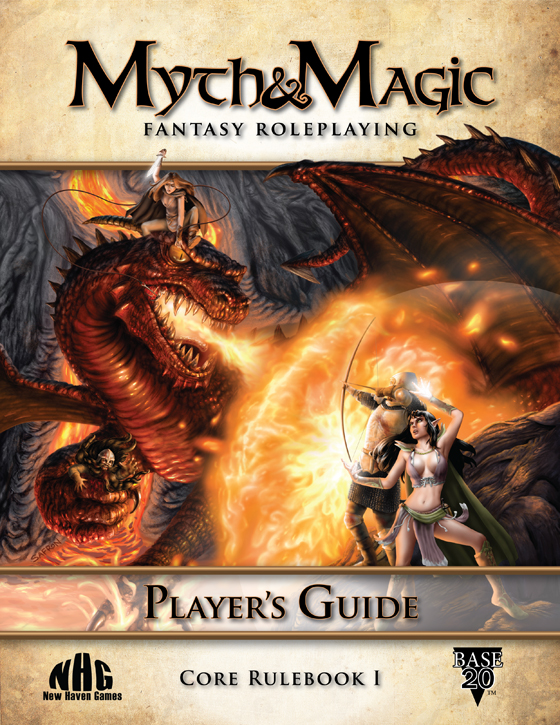 Since there has been no communication or apparent action between this newest update and the last one, no one is buying it.  The very tarnished silver lining was the release of an art-free PDF version of the GM's Guide.

And most people just do not care.

According to the newest update... all domestic orders have been shipped.  Backers are already disputing this claim but an email was set up to deal with any issues where domestic orders have not been received.  At which point, he'll double check the tracking information and address, etc.

I think the email will be bombarded with requests for refunds with a potential of nastiness.

Of course, only a fraction of the 'international' orders have shipped and with the budget he has, he is hoping to send out some more.  He tries to sweeten the deal by saying that those international backers who have backed both with get the PG shipped at the same time as the GMG.  I really don't see much of a ray of hope here.

Look... I want to believe but I'm also at a point where I don't care and would love a way to cut my losses and get some money back.  It's unfortunate that such a project that held potential turned so very badly and left such a bad taste in many backer's mouths that they tend to shy away from the whole crowdfunding thing since.