Weekend R&R: No Salvation For Witches 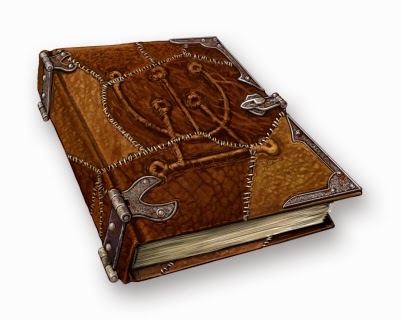 A couple of weeks back, I took a look at and shared my thoughts on the revised edition of "Death Frost Doom" by Lamentations of the Flame Princess (you can find the review HERE).  I mentioned that I was still waiting for the reception of my physical copy of the book and, lo and behold, I finally got my package last night.  For those curious, it was shipped out around the 19th of December.  However, the whole reason for that order was for another book in the package -- "No Salvation For Witches".

Back in August, James of LotFP and Rafael Chandler teamed up and ran a crowdfunding campaign to publish NSFW and did so with an unconventional twist.  It was a 'Pay What You Want' deal for a full cover, 64 page, 6x9" hardcover module.  The campaign was a success and 8,328 Euros were raised when 5,000 was the requirement.  The average pledge was 13.39 Euros though, looking at the webstore, a physical copy will run you 22 Euros.  Quite a bit of savings for those who paid the average and, while there were some that gave the minimum (a single Euro), it was nice to see that others gave much more than the average as well.  As a backer of the project myself, I got the PDF for NSFW a day or so after the campaign ended so I've had some time to look through it on and off since then and I liked what I saw.

Now with book in hand and having thoroughly read through the material, did I like it.  Yes, but... while there was a lot to like, I did have some issues with it.  These issues having nothing to do with the art or content in the scenario but, it is definitely 'mature content territory'.  The adventure itself is very much a sandbox which is a big plus for many gamers.  But, aside from characters voluntarily walking through the 'outer sphere' and realizing that they cannot leave it again, the players won't necessarily know what to do and the urgency to take care of the 'central problem' with a fixed time frame.  For that alone, the GM will need to do their due work to properly prepare the adventure and, at the same time, really know the gaming style of the players.

Of course, the players will find many disturbing and dangerous things as they explore the area and, as far as I'm concerned, everything else in the volume is very well done.  While the book will not hold the GM by the hand to tell him how to best approach the adventure, it is broken up in an organized manner covering information on the setting and backstory, the key characters, locations, and objects that the characters will interact with.  The setting and backstory are simple enough and adapting it into an existing campaign shouldn't be overly difficult.  The characters are detailed with notes on personality and motivations to help the GM give 'life' to them.  The locations give you enough details and information presenting some very memorable encounters for the players to enjoy (or be horrified with).  And then there is the 'Tract of Tetratology'. Out of a 64 page publication, a fifth of the book is dedicated to this one item which is a manual to summon other worldly beings.  In game terms, it's a random system to generate these critters and a disturbingly creative one at that promising a ridiculous 3.6 trillion possible combinations. 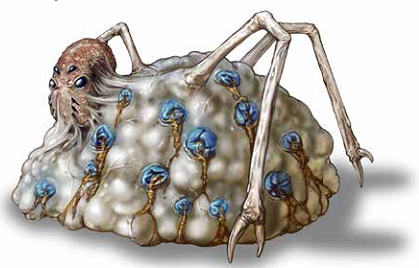 With this item alone, the book is something that can be used and mined from for some great ideas and material to inject in an existing campaign should you find the adventure itself unsuitable to your needs.  Even some of the scenarios can be ripped from these pages to give something the players can remember for years to come somewhere else.  And given the possible outcomes of this scenario, all-the-more desirable -- which is the other problem with NSFW.  This scenario will screw with the players and, as someone who has read through the module, I'm not sure which is worse: Stopping the ritual in time or allowing it to finish.  One certainly will change the course of the world and the other could cause loss of limbs amongst the characters and having them pursued by the law.  The second would be the 'good' ending -- especially if they go looking where the shouldn't be up in the attic (and world will still be screwed in the process).

No Salvation For Witches is good and in the right hands, a GM can make it great if the players are good with it as intended.  If not, the GM is advised to tweak it a bit while they become familiar with the material.

As a full color production, the art is great, maps fantastic (as full color end pages), and the dual-color text is a welcome design choice (the stat blocks are red versus the rest of the text which is black).  There are a few (deliberate) layout inconsistencies which I find odd when flipping through the book.  The text shifts from single column to a two column style and vice versa from section to section.  However, the text is a perfect size and legible.  Overall, it's a very nice book.  But is it $25 nice (an approximate conversion) given that it is a 64 page, 6x9 hardback?  I'm certainly happy to have it but I also didn't spend quite as much (I paid more than the average during the campaign).  If you are a fan of all things LotFP, then I would say that this one might be a hard one to pass up.  If in North America, I know that Noble Knight Games has copies listed at $22.95 right now but ordering from the LotFP storefront can get you both the physical book and PDF for 22.00 Euros.  If you would be happy with just the PDF, you can easily find it available at RPGNOW! for $9.99 (HERE).