If ticks are nasty little buggers, then giant ticks are the stuff of nightmares.  I don't see them used often in gaming but I have seen them.  Of course, there's the Village of Hommlet (module T1 by Gary Gygax) and, 'The Secret of Ronan Skerry' which was published a few years ago.  It was high time that I got one of these miniatures and I was happy to see that Reaper Miniatures had one. 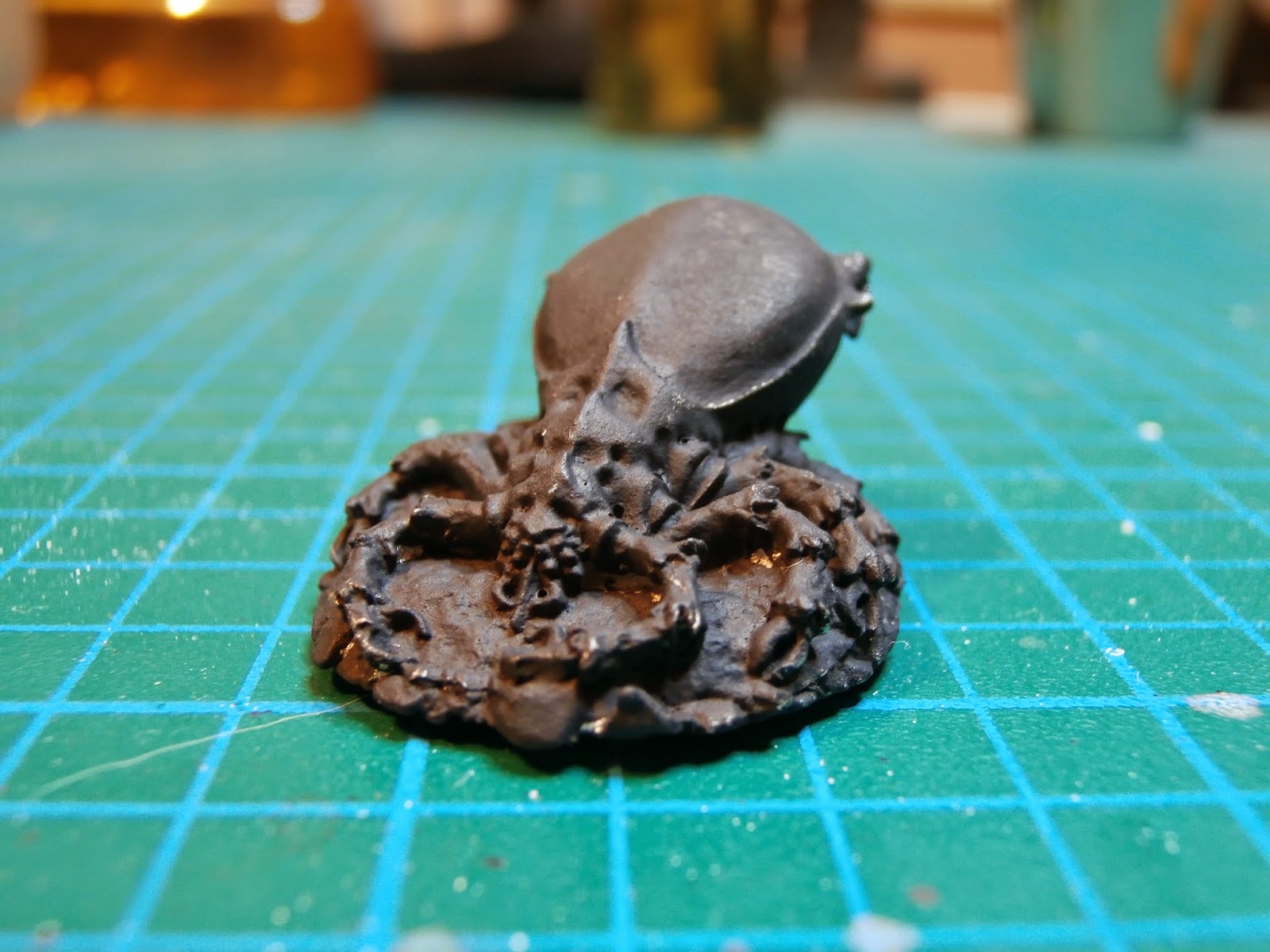 The base coat for this critter were very simple.  I chose 'Khorne Red' and 'Dryad Bark' for the critter itself and I used 'Zandri Dust' for the ground it was on.  I noticed on one side of the model what looked to be bones it was laying on so a base of 'Ceramite White' was used on these. 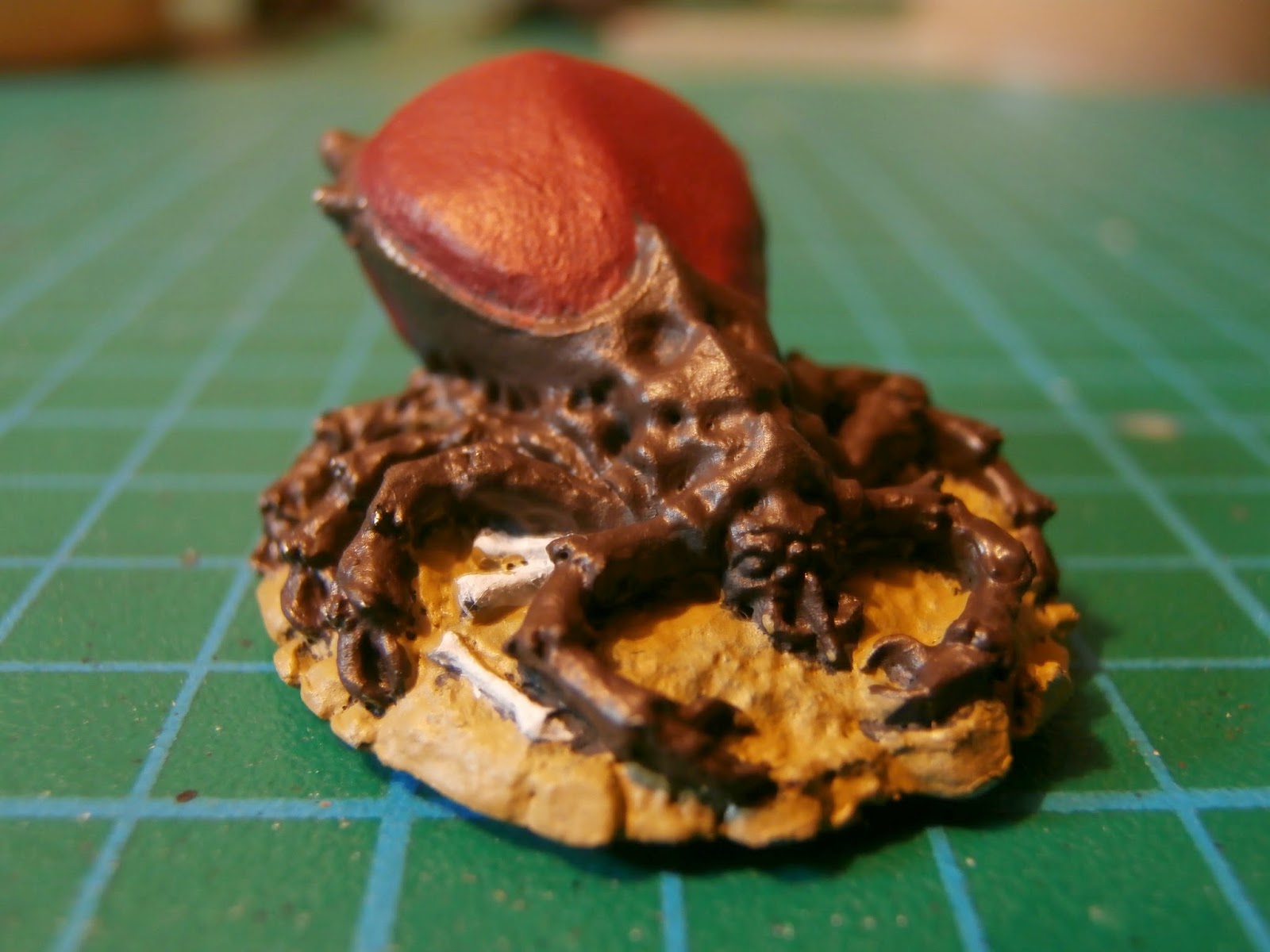 With the base coat largely done, I touched it up here and there and then applied a generous amount of wash on it.  I could have opted for 'Nuln Oil' but instead I chose 'Agrax Earthshade' which is a brown wash which I applied all over the model -- both tick and ground.  It gave the ground a darker color, helped create the shading I needed around the legs, and transformed the dark red to a reddish-brown.  I brought out some of the details on the legs with a dry compound, 'Underhive Ash' but then muted it a touch with a wash of 'Carroburg Crimson'.

The bones which started off as a pure white ended on off white thanks to the Agrax Earthshade.  I then applied an edge of 'Krieg Khaki' along the surface.  I was debating whether or not to do the eyes though, truth to tell, I wasn't sure what the eyes were when looking at the model close up.  Depending on the Tick, some have eyes (two) and others have none.  If I did eyes, I would have good a 'Moot Green' to give it almost a toxic look. 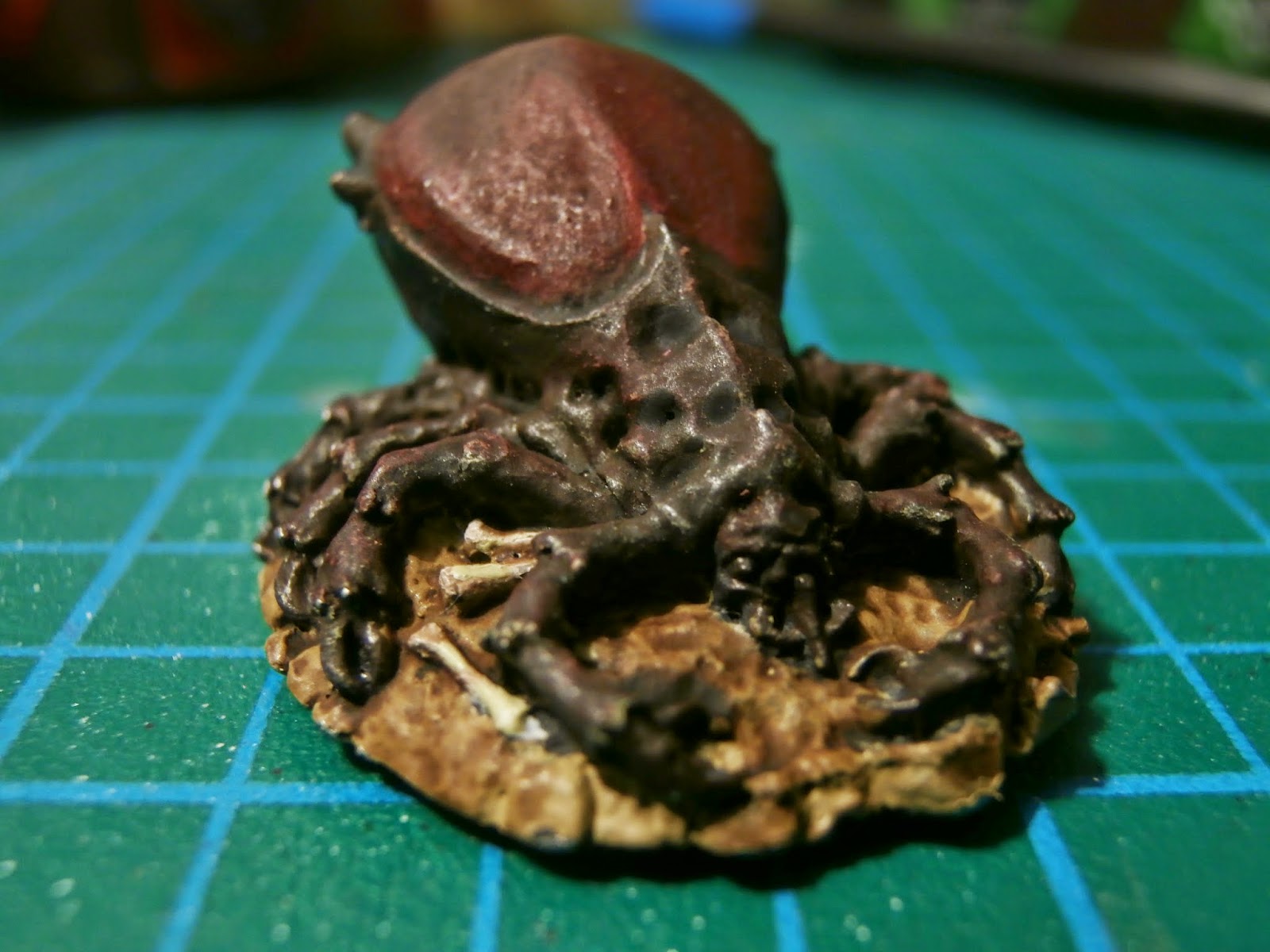 All in all, the model was a quick and easy project to do.  More than enough to meet the necessities of a tabletop standard without the headaches that go along to make the model really stand out when you put it on the battlemap.