A few months back, I was fortunate enough to go to Gen Con -- it was my first one.  I talk a bit about it HERE and one of the things I did was participate in a Speed Painting contest.  The contests was also the first one I did of that sort.  I didn't quite do so well but there were a lot of 'firsts' for me when it came to participating.  It was a first time working under some pressure (45 minutes), the first time I worked with Reaper paints (much more fluid than I am used to out of a bottle), and the first time I worked on a model produced by Wyrd Miniatures.  It was the first time that I set eyes on the miniature and, having never seen an artist rendering or this model painted, the sort of details you pick up and interpret compared to what might have been the intent can be interesting sometimes.

Here is a drawn rendering: 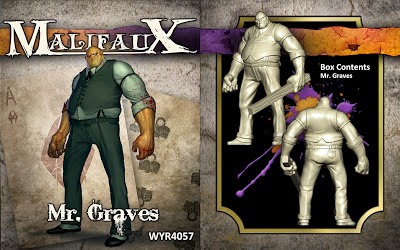 Here is the work in progress as of the end of the competition: 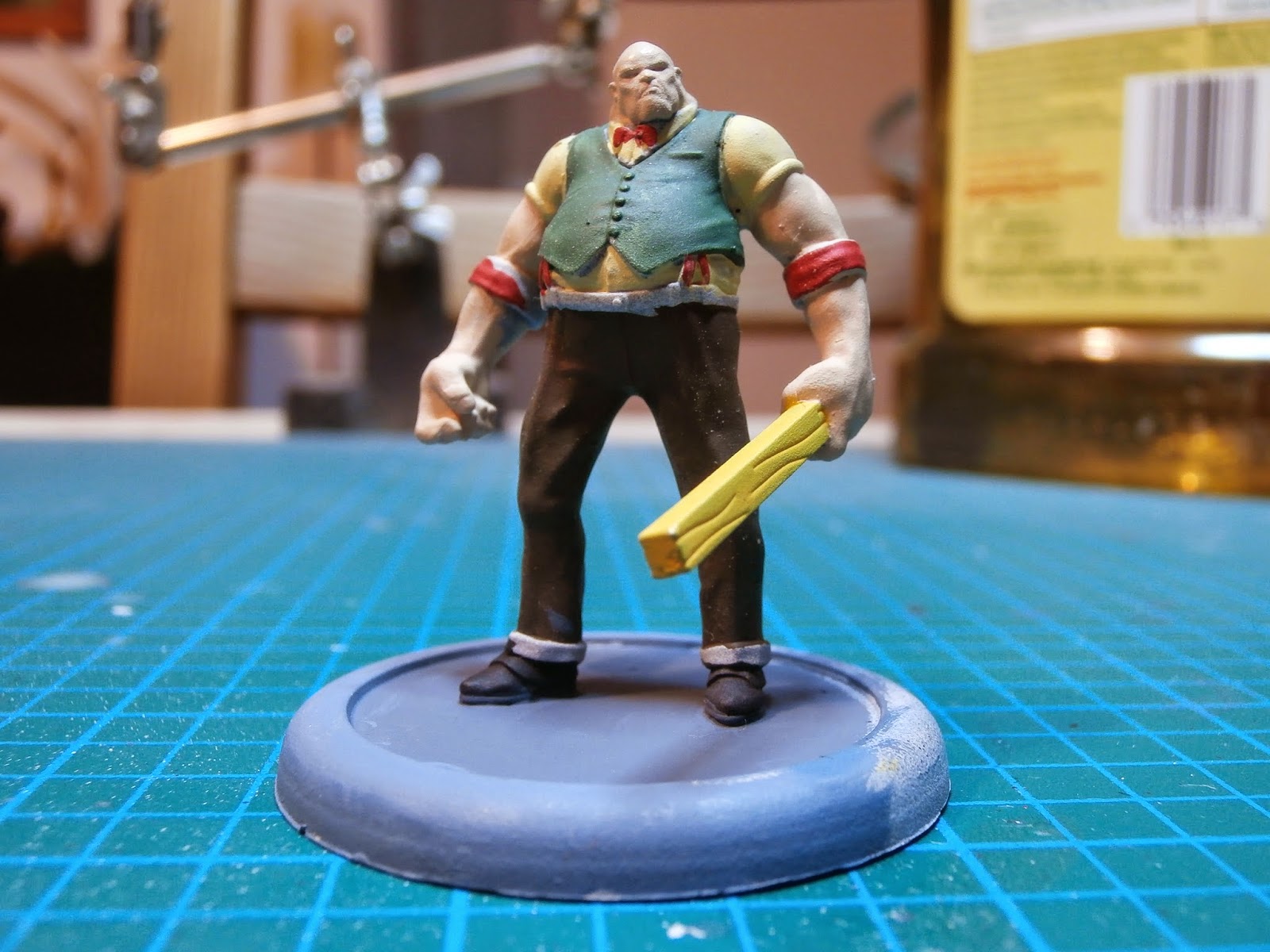 Obviously a bit different and obviously a way to go.  One big 'mistake' was interpreting the bands on the arm as some sort of arm bands and thinking the shirt under the vest was short sleeved.  The model was starting come along by the end of the contest and... well... even if I didn't do so well, I still got a miniature and a brush out of it!

However, the model has been sitting on my work table long enough.  I thought it high time to fix it up and finish it off!  The colors at play at the start of the project were from Reaper and I have none of those.  I do have a full range of Citadel and have done some color matching in order to continue.  I have opted to make a few changes though. 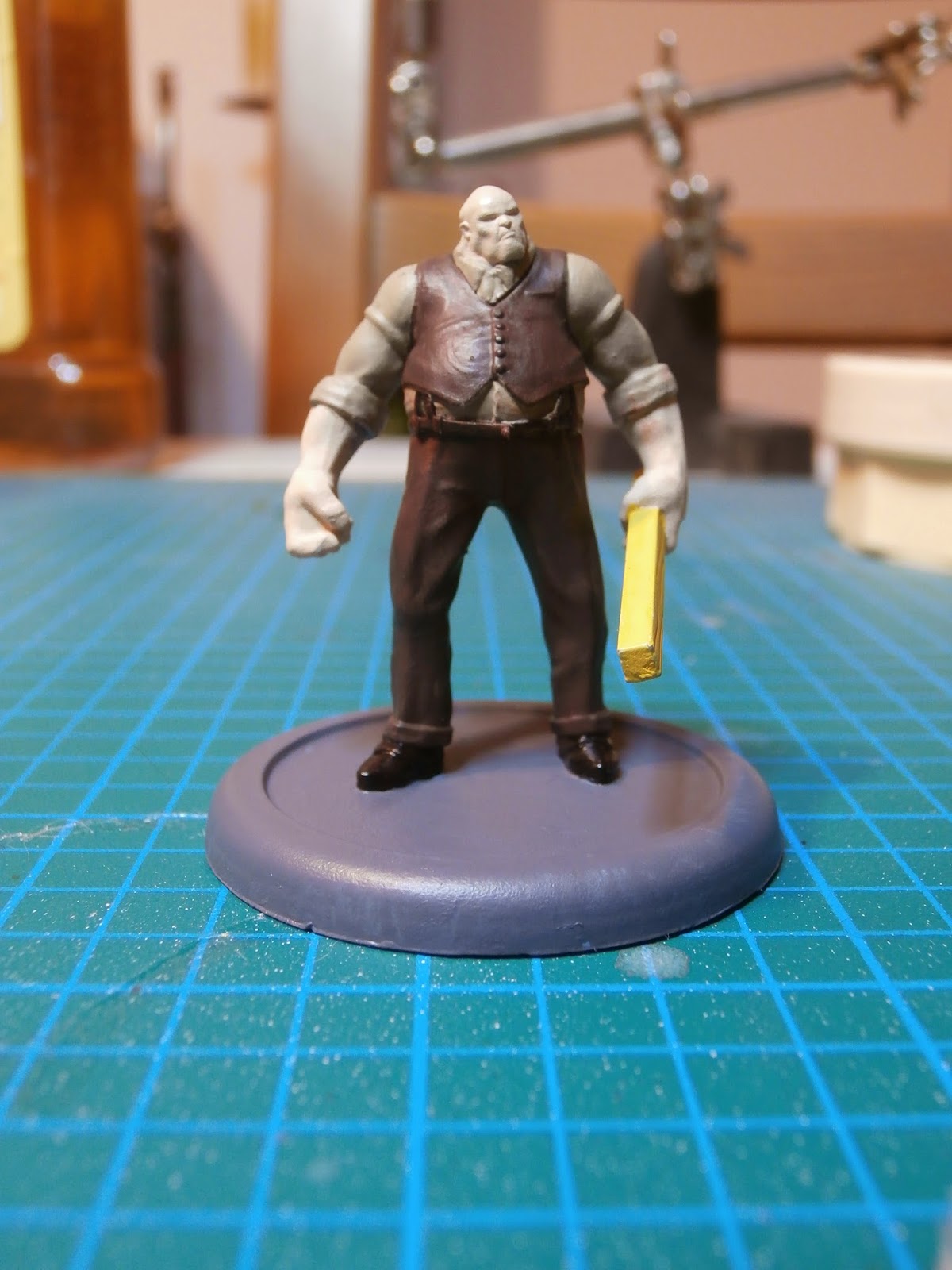 I didn't have to do the usual bit of priming for the competition... the Reaper paints we were using were the high pigmentation 'HD' paints -- the same they recommend painting straight onto bones.  I'm not a fan of this but I decided to make do with what I had and continue were I left off.  I Liked the brown I had for the paints and decided that the vest needed to match it and offset this with a light brown shirt underneath.  Using Citadel paints, I used 'Dryad Bark' to touch up the paints and redo the vest.  It was a almost a perfect match to what I used from the Reaper line of paints.  For the shirt it self, I used a layer of 'Karak Stone'.

I also needed to touch up the skin and found that 'Kislev Flesh' was the closest but it was a tad darker than the flesh tone I used during the competition.  I just added a touch of white paint to mix in to achieve the color range I wanted.  Obviously I kept the shoes black but had a slightly glossier black which I used instead.  I did the belt and straps in black as well.

When it came to shading, I used four different washes.  'Seaphim Sepia' for the shirt, 'Nuln Oil' for the suit, 'Reikland Fleshshade' for the skin' and 'Agrax Earthshade' for the wood.  A curious thing I noticed when applying the wash to the wood though... it was flowing properly.  When it came to the rest of the model I had applied a wash to, I had already applied and touched those areas up with some paint.  I didn't do this for the wood.  To get around this, I simply painted over the wood with a light coat of 'Zamesi Desert' and reapplied the wash when the new coat of paint was dry.

I drybrushed some 'Eldar Flesh' -- part of the series of dry compounds that Citadel puts out on the skin afterwards.

Aside from that, 'Khorne Red' was used for the bow tie because, as the good doctor has told us, 'bow ties are cool'.  All in all, that's it.  I plan on finishing the base with some sort of quick, granite-like, texture and the apply a matte varnish.  Here is the finished product: 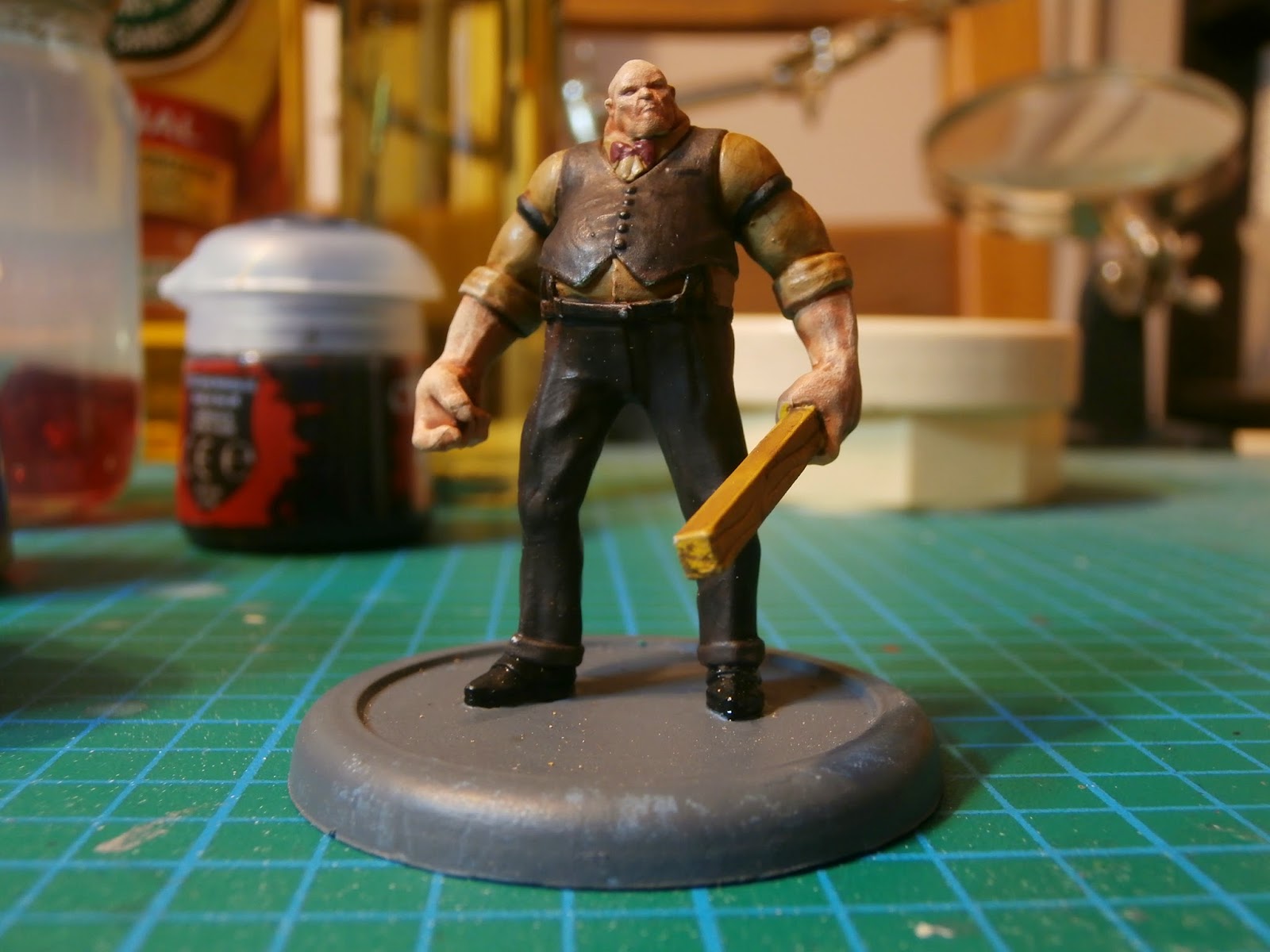 I have to say that I'm not overly fond of the oversized base compared to other miniatures this size but, otherwise, the model is quite nice.  I'm sure I'll find a use for it one one of my games.