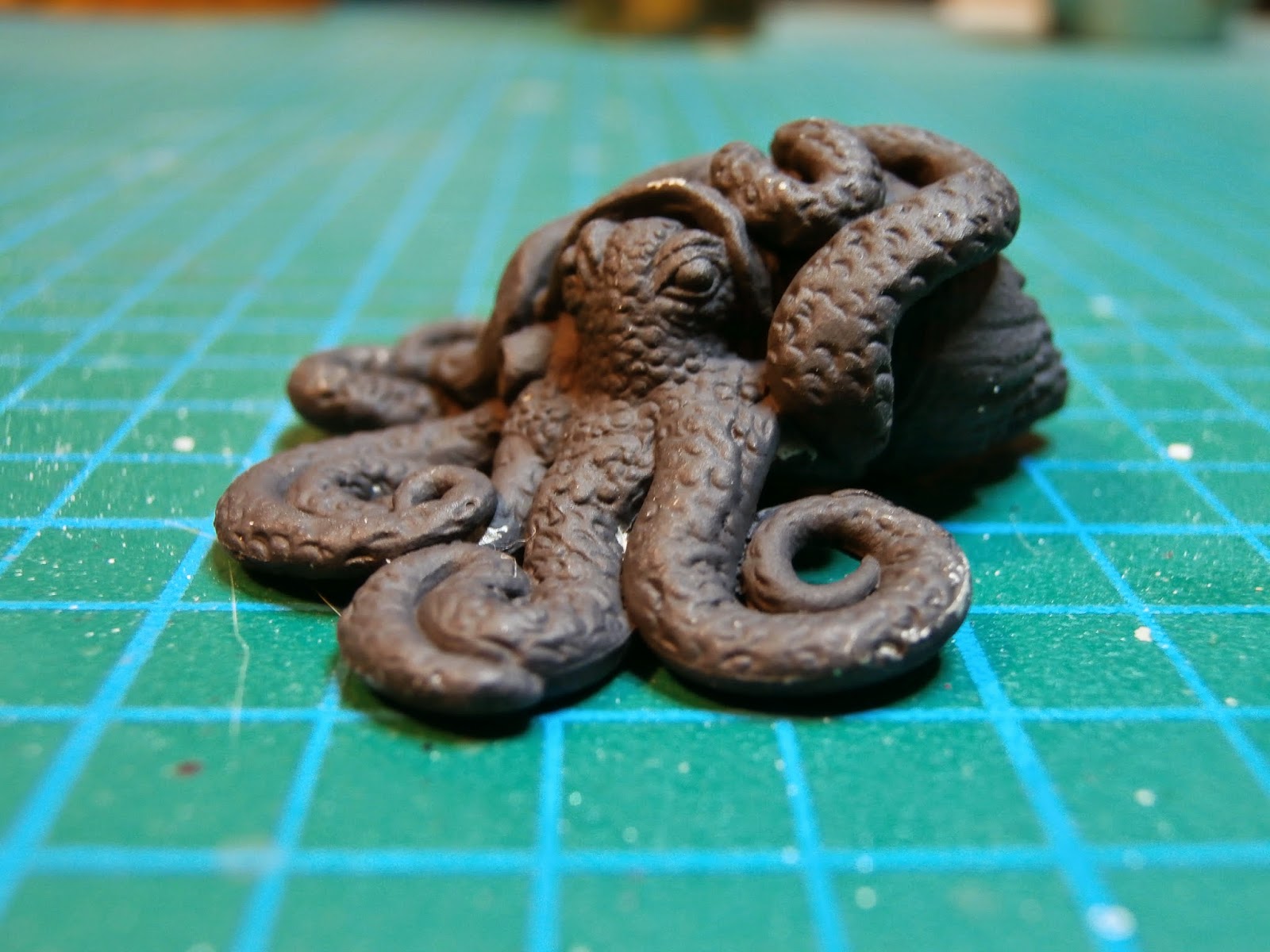 The Sea Familiars I painted and finished there week are from Eastern Front Studios and add-ons to their Midgard RPG Kickstarter.  I picked up these since I wanted some sort of octopus that wasn't necessarily a large one.  Not sure when it would come in handy but I'm sure I'd find some use for it sooner or later.

Much like the Giant Tick I did last week, these two small miniatures were relatively simple to complete.  Both were primed in my usual fashion: a thin coat of acrylic gesso and paints used were primarily from the Citadel line of paints. 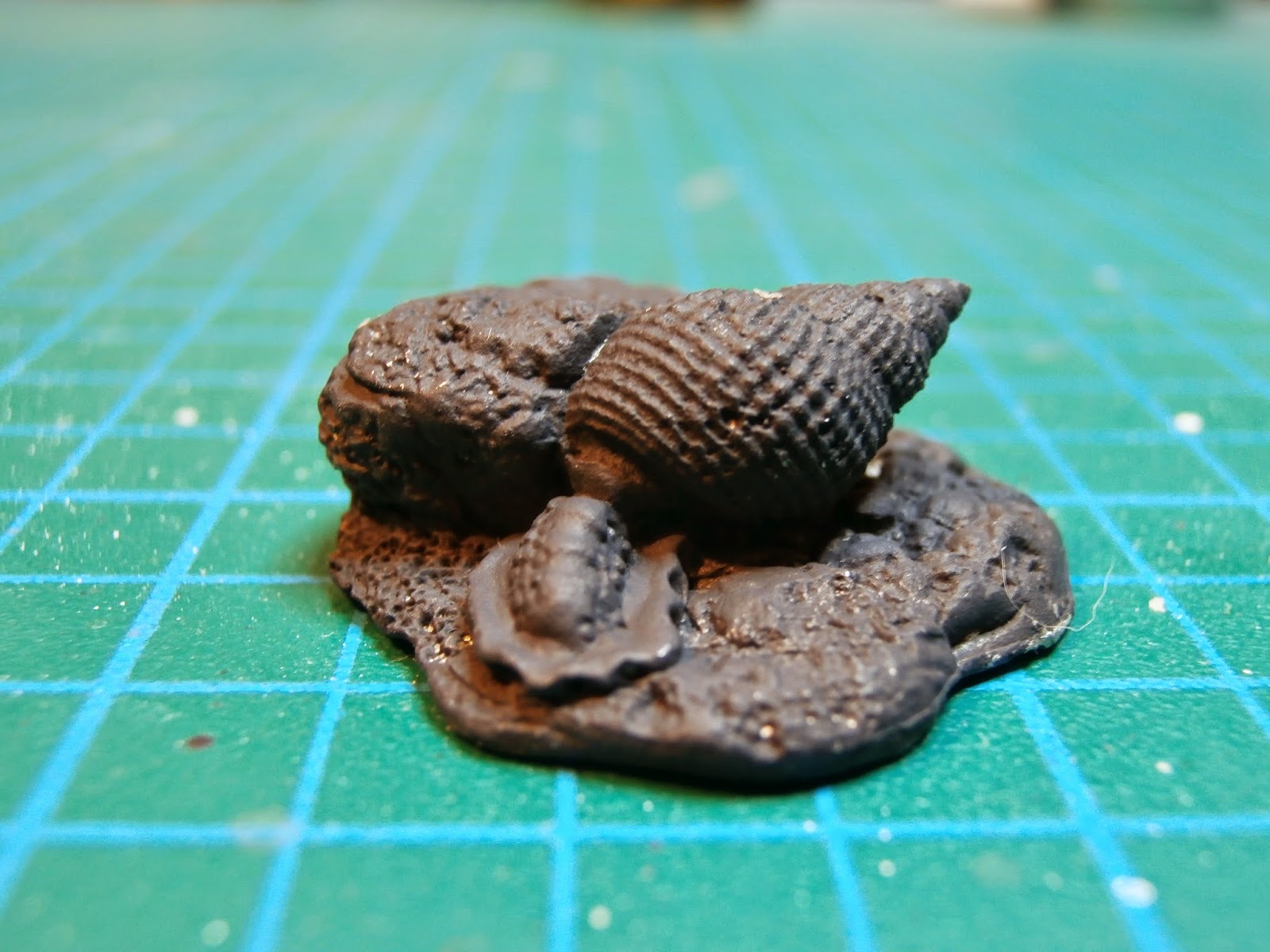 The shells on both models were done in the exact same manner -- a base coat of 'Ceramite White', followed by a wash of 'Seraphim Sepia', and a drybrushing of the 'Praxeti White' dry compound.

The Octopus itself was done in a base coat of 'Screamer Pink'.  I used a wash of 'Nuln Oil' for the shading and followed up with some drybrushing.  Using the 'Lucius Lilac' Dry compound to start, I applied another layer of the 'Changeling Pink' dry compound as well.  I wanted pools of 'black' for the eyes so I opted for another store brand black paint that has a glossy finish as opposed to a matte one. 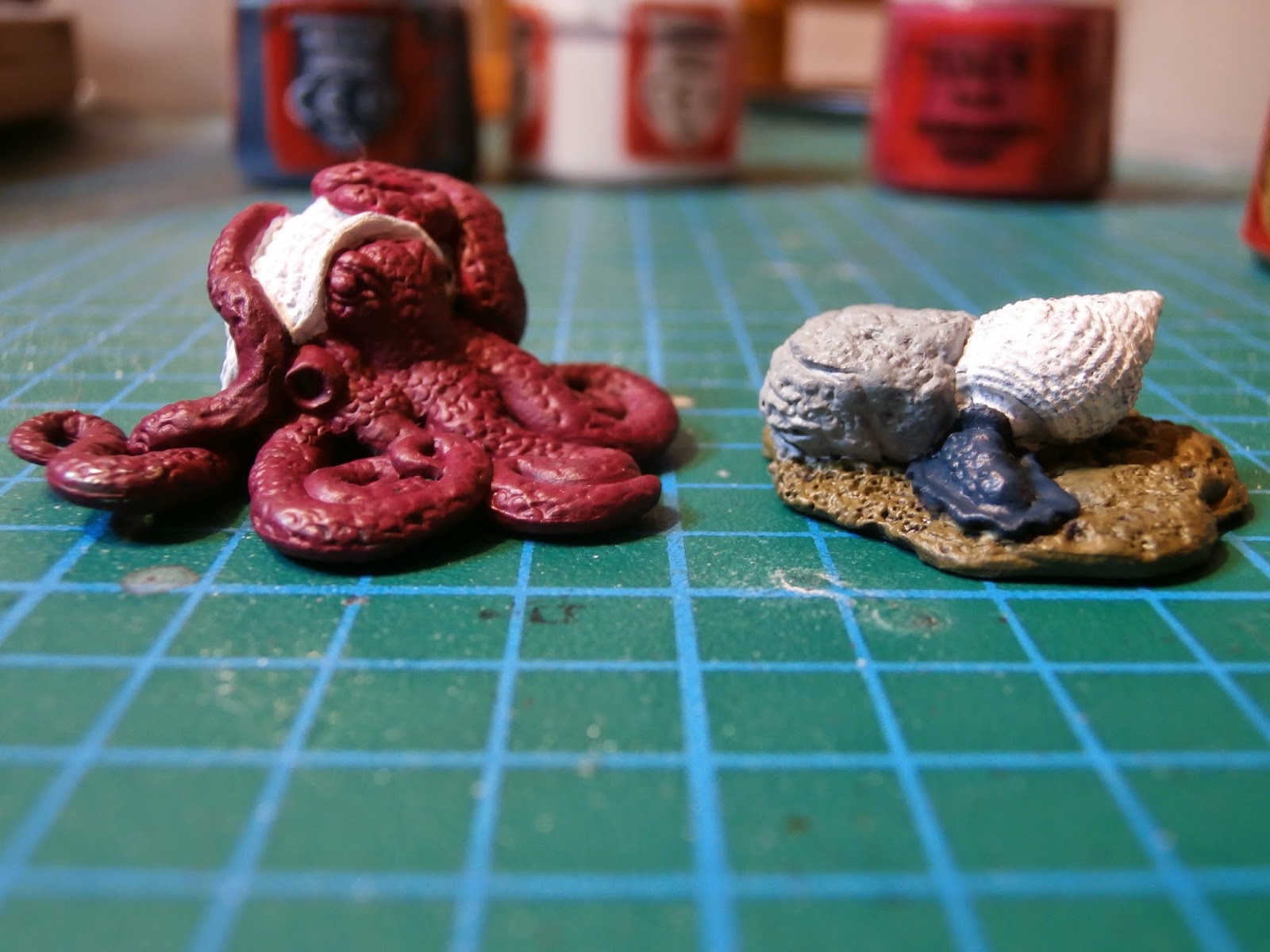 The other creature actually had more paint to content with.  I had to do the ground, rock, as well as the creature.  The ground received a base coat of 'Death World Forest', a wash of 'Agrax Earthshade', and I used the 'Tyrant Skull' dry compound for my drybrushing.  The rock was done in a base of 'Celestra Grey', a wash of 'Agrax Earthshade', and I used 'Praxeti White' dry compound for the drybrushing.  The creature itself was done in 'Stegadron Scale Green', a wash of 'Nuln Oil', and I drybushed both 'Hellion Green' and 'Skink Blue' dry compounds on it. 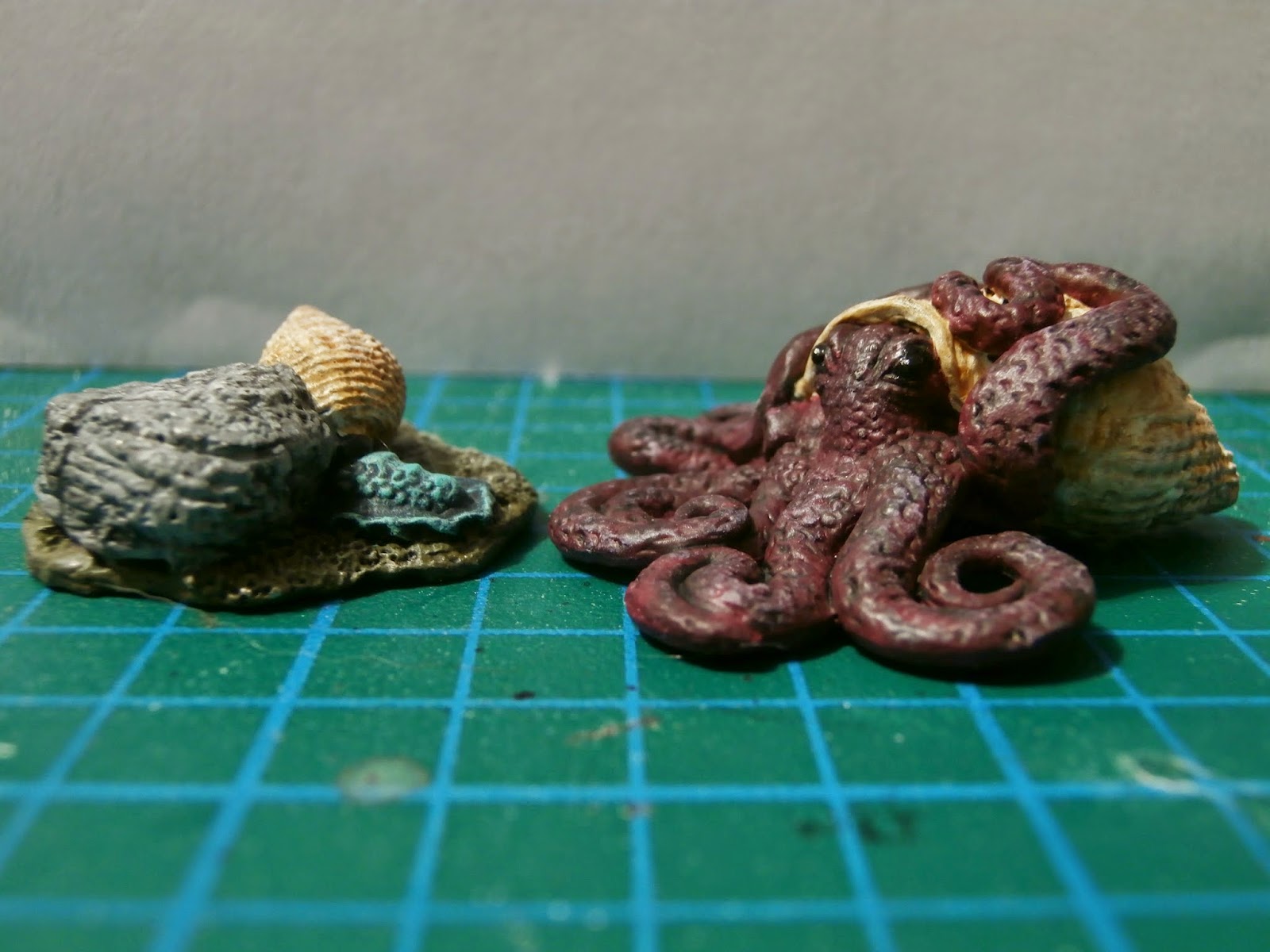 Really, that was it.  I like how both turned out.  I think the shells look great and the octopus is just awesome.  It just goes to show that a minimal amount of work can get you some great results to look great on the table top.