I Dream of Demons and 5-Headed Dragons... 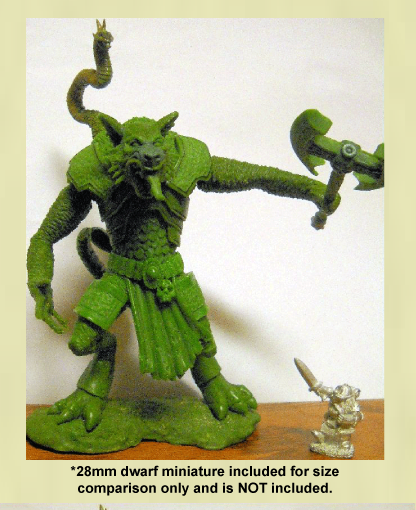 With my most recent post about 2014's Kickstarters that caught my eye, I decided to look back some of the longer and outstanding project.  In particular, the problem that Center Stage Miniatures has run into with the both of the Tome of Horrors miniature Kickstarters and the completion of the Demons & Devils Kicktarter.  Somehow, Torn World appears to have been largely fulfilled and completed though it was a much small Kickstarter having raised $4,085 compared to the $66,569 it raised for the first Kickstarter it held being the Devils & Demons.

So, what went wrong?

There's a lot of speculation and only the project creators are familiar with all the details. In October of last year, they announced that CSM was experiencing some administrative and organization issues.  In November, it was made clear that it wouldn't be able to fulfill all its obligations dues to budget miscalculations and cost overruns.  And then the bankruptcy news hit.

It's really sad to see these Kickstarter projects go down in flames and CSM with them.  There is, naturally a lot of resentment against CSM at this point and who can blame them.  You see the same sort of thing in a lot of other Kickstarters that fail to materialize what was promised.

So, without going into too much details, what happened here?

Obviously there was a budgetary miscalculation somewhere along the way and there are certainly theories been put forth that the month raised in subsequent Kickstarters helped pay for earlier ones.  How true that happens to be is irrelevant.  Some of the biggest mistakes though was even doing those two Tome of Horrors Kickstarters in the first place.  What likely happened is that there was a strong desire to grow CSM faster than it could safely handle.  Add a few missteps and some bad financial planning, and you run out of money really quick.

Center Stage Miniatures was not committing fraud.  I was one of the lucky ones and have about $300 worth of largely metal miniatures to prove it.  It's a damn shame because these are really awesome models.  I haven't had a chance to paint any of them yet but I look forward to painting a lot of them.  The only model outstanding for me is the 'King of Dragons' and it looks like I will never see it.  I certainly won't complain because, in hindsight, I really am one of the lucky ones.  You see, originally I selected Resin but when the offer went out to switch to Metal, I took that option though the shipping implications made me a bit nervous being in Canada.  Matt was kind enough to oblige though it did take a couple months before I saw anything let alone a bill for the shipping.  After waiting awhile, I reached out to Matt again and he responded:

Hi, Pat. Your box has already gone out, and you should be receiving it shortly. I didn't charge you for shipping because, let's face it, I promised you a box quite some time ago.

Please accept "free shipping" as my apology for your delay.


Please let me know what you think of the figures when they arrive! As an aside, these will be available in our online store shortly, so whatever you missed, we'd welcome your purchase!

Thanks for your support!

When I got the response, I was pleasantly surprised and even more surprised when I looked up the tracking number to see it was already in Canada.  I got my package the next day. 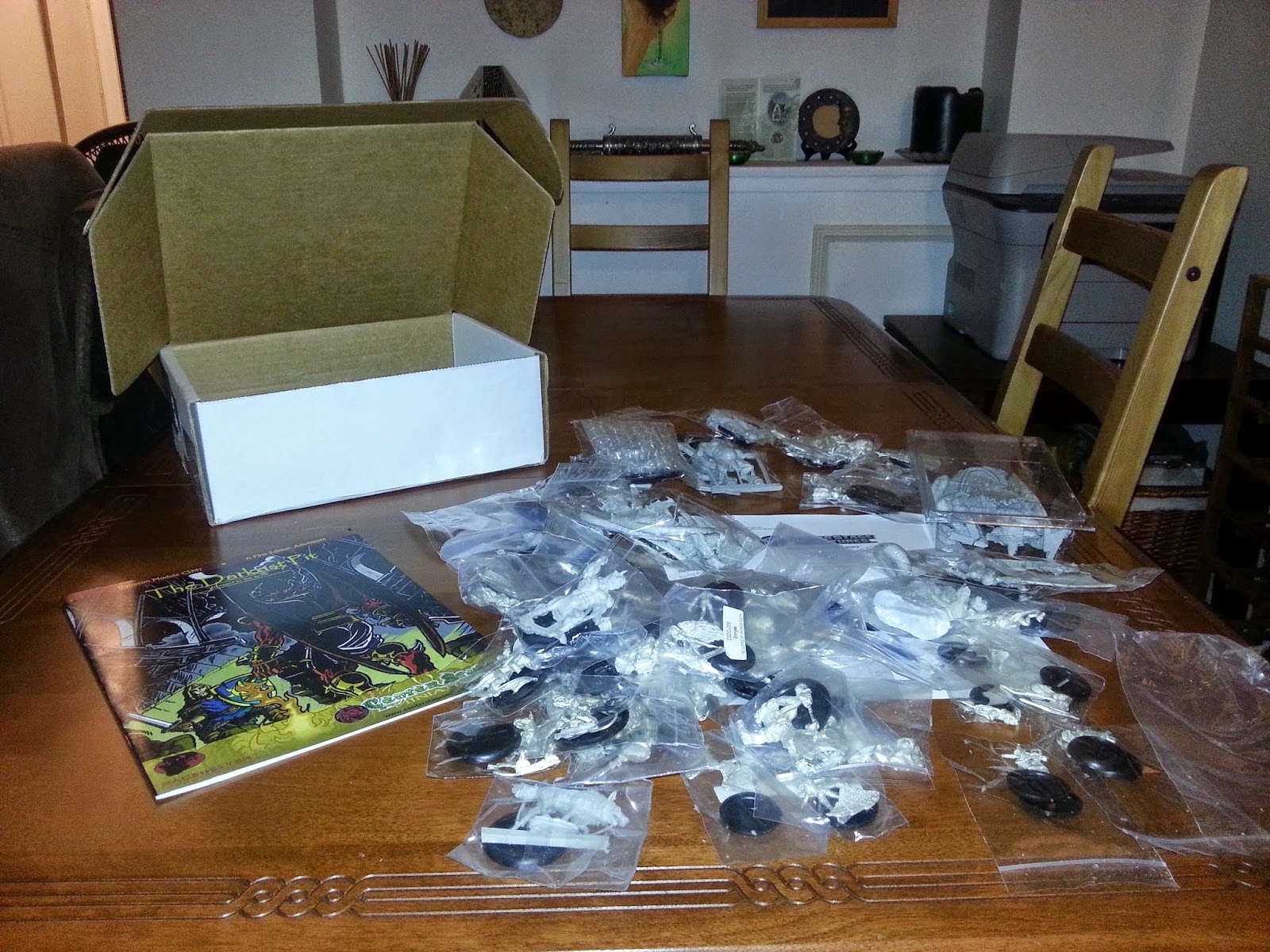 I was really lucky and had a nagging feeling that the problem getting the resins could be linked to money or even a company doing a bad job in producing the resins for CSM.  This is the reason I switched when the posted that they had extra metal on hand if anyone getting resin models wanted to switch.  And while the free shipping was certainly appreciated, if there was a lot of that going around, the great customer service could really have bit CSM in the ass when all of this was done.  That said, the shipping is much less than the money I put towards that awesome looking 5-headed dragon. 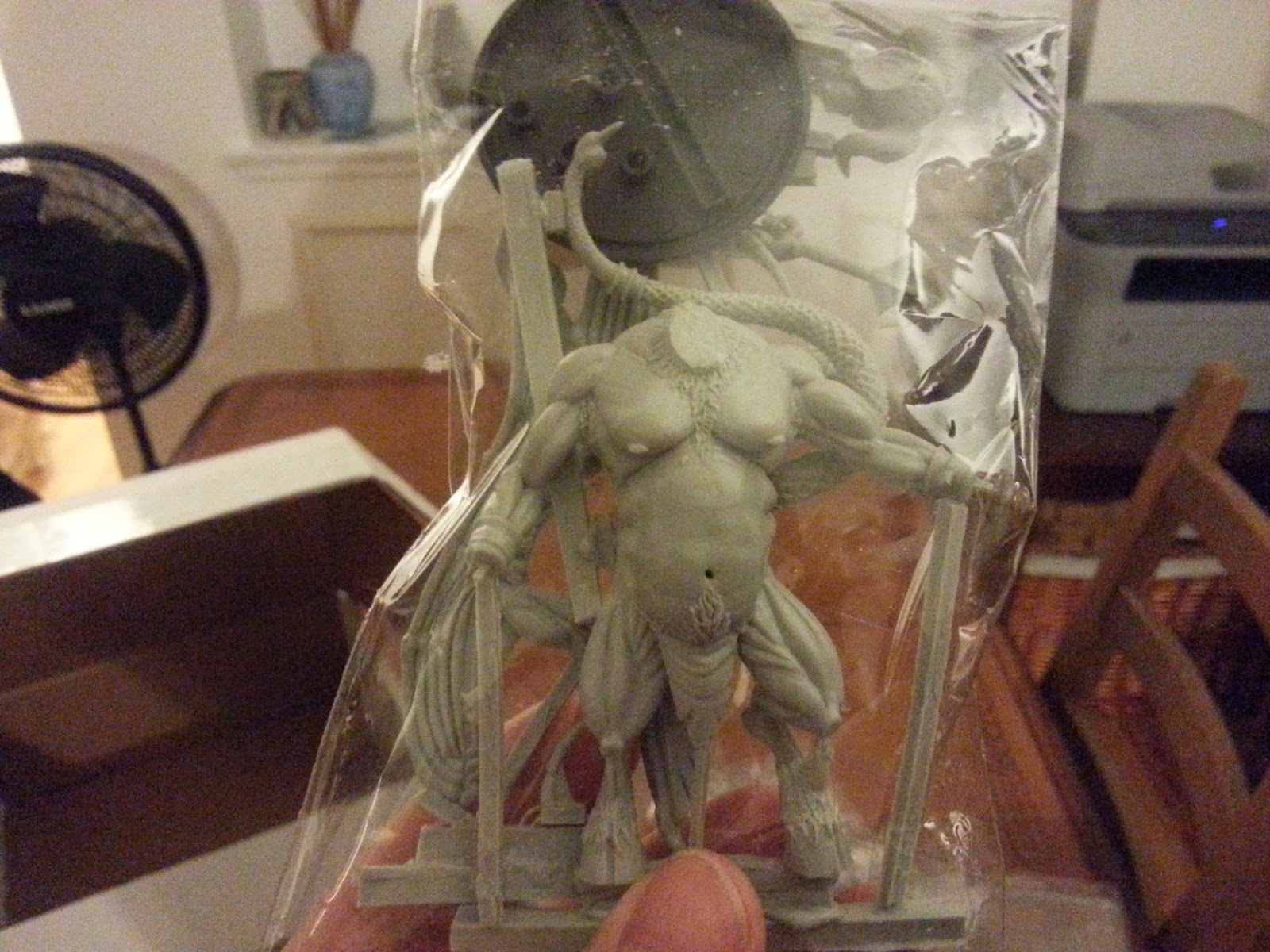 In my dealings with Matt and CSM, I got the sentiment that Matt was a good guy and the way this ended up turning out is unfortunate.  It's bad for the backers and bad for CSM which clearly was a labor of love and not just a cash grab. 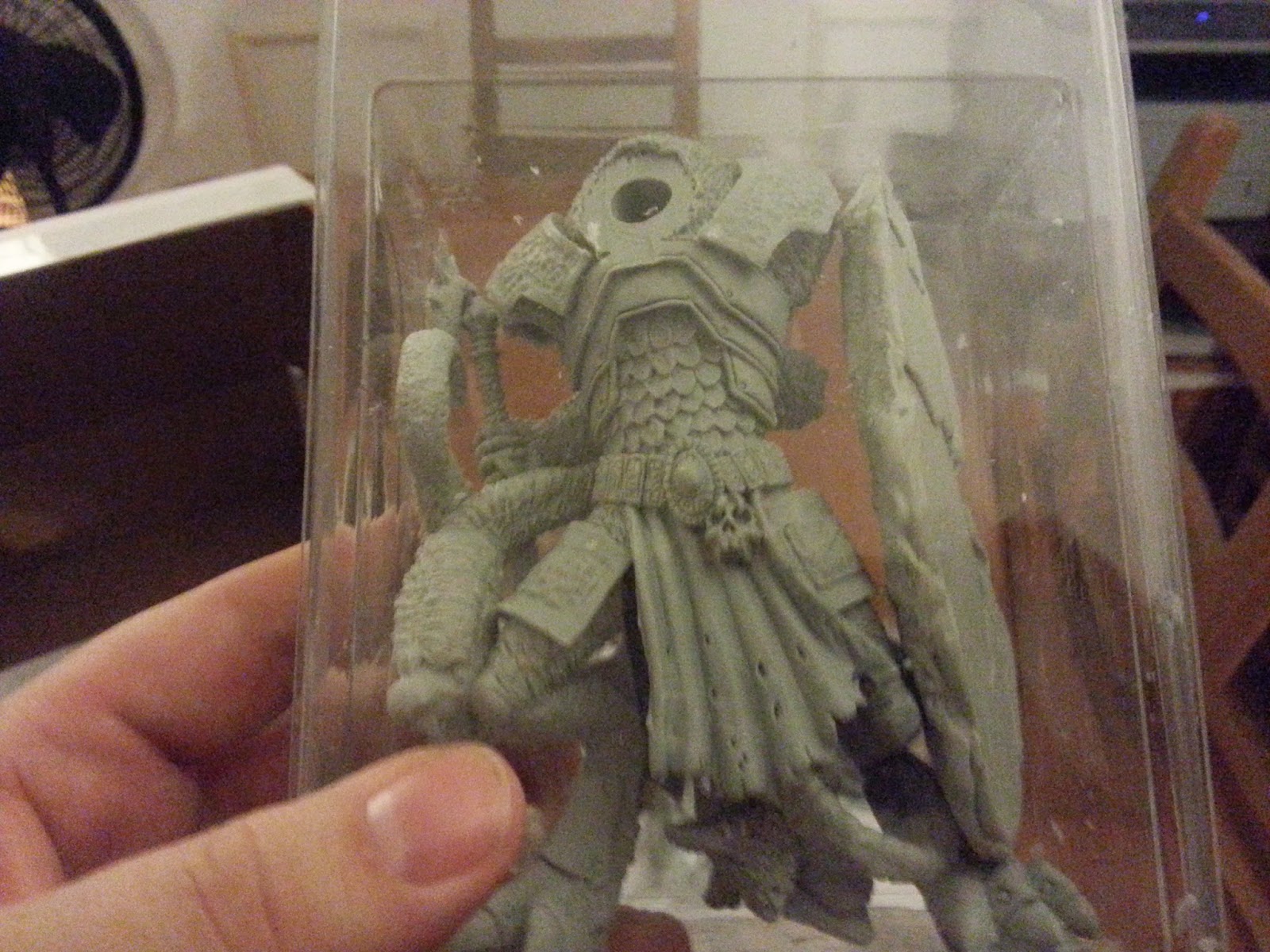 There was talk about 'saving' CSM and a possible buy-out and investor to salvage the Tome of Horror Kickstarters but it was outright rejected.  With the challenges with completing fulfillment of the Demons & Devils Kicktarter, I think doing a couple more Kickstarters and agreeing to licensing to do so was probably a bad idea.  I heard that CSM was also buying up other models / molds such as the older Goodman Games ones which is another nod towards the idea that CSM was trying to grow faster than it could financially support. 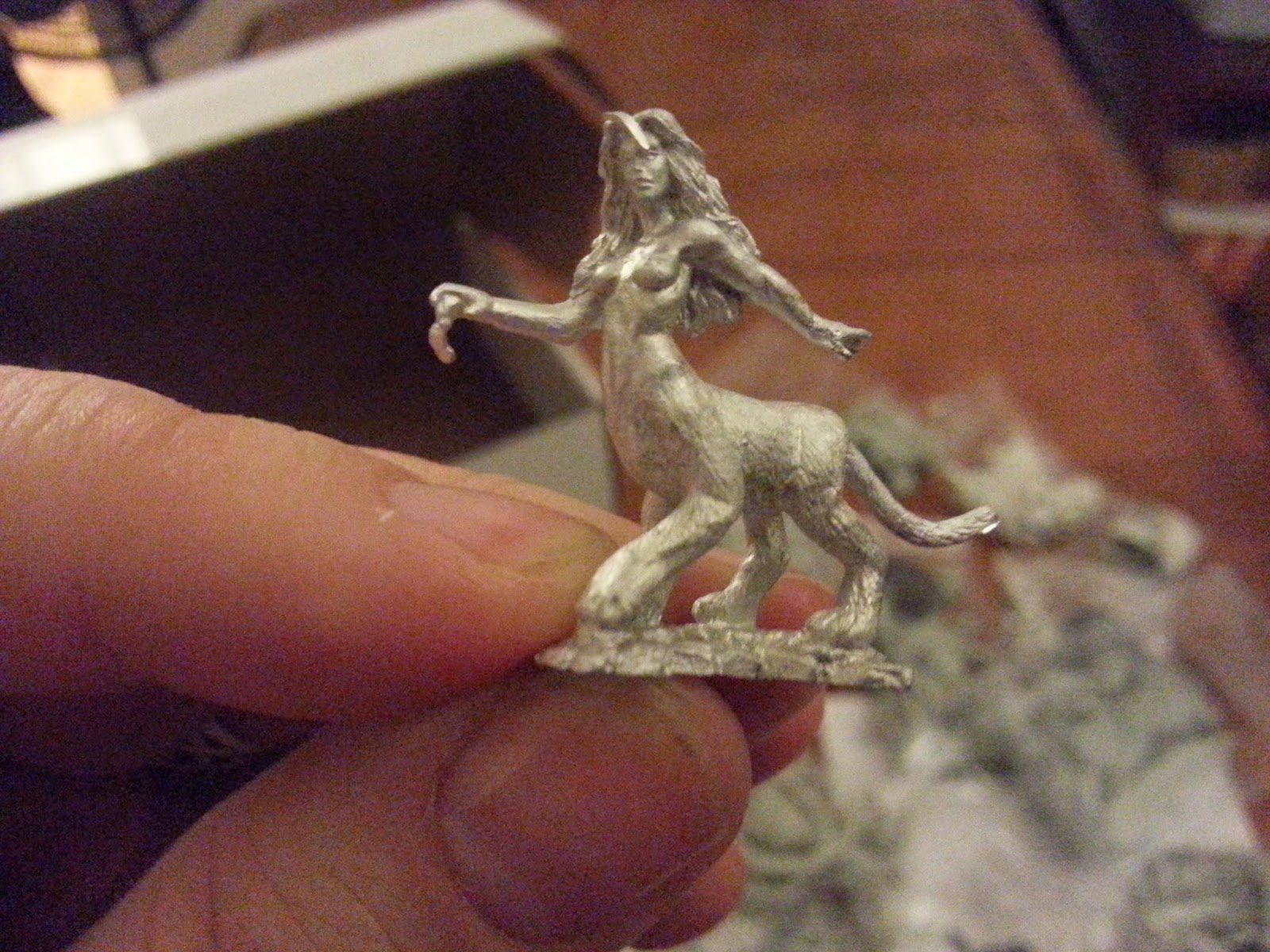 At this stage, I would have liked to see someone come in and 'save' CSM and the various projects but seeing that there are stories of some of the sculptors still being unpaid, and the money we are talking about, this is less and less likely.  I think all the backers who have yet to receive something are acknowledging the final stages here and are hoping for a little piece back of their initial investments.